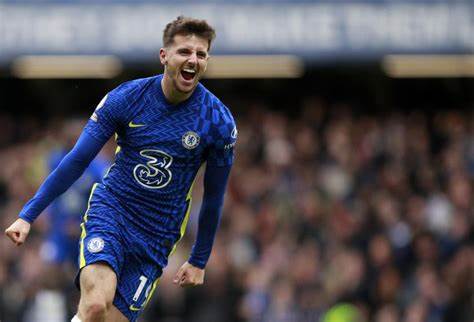 Former Chelsea stars Joe Cole and Chris Sutton hit out at Mason Mount’s doubters after the midfielder scored a hat-trick in the side’s thumping 7-0 victory over ten-man Norwich.

Top faced bottom in Saturday’s lunchtime kick-off and the gulf in quality was enormous, with Mount, Callum Hudson-Odoi, Reece James and Ben Chilwell all getting on the scoresheet at Stamford Bridge.

Max Aarons scored an own goal and Ben Gibson was sent off for a second bookable offence in a disastrous second half for the visiting Canaries in west London. The result saw Chelsea go four points clear of second-placed Liverpool at the top of the Premier League, while Norwich remains rooted to the foot of the table with just two points to their name.

Mount – starting his first league game since returning from injury – broke the deadlock with a superb finish in the eighth minute and slotted the ball home from close range to complete his hat-trick at the death.

“He does from people within the game. I’ve not met one ex-player, one ex-coach who doesn’t appreciate him. He’s a top, outstanding player and he’s becoming one of the most important players in the country.

“But there is an unusual swell of fans who don’t quite get it. You want to sit them down in front of the touch screen and educate them and show them that what this kid does is just unbelievable.

“It must be a tribal thing because he is just an outstanding player and I’m yet to meet an ex-coach or player who has had a bad word to say about him.”

Ex-Chelsea striker Sutton was in agreement with Cole, praising Mount’s versatility and willingness to “take on information”.

“Like Joe, I just don’t get it. There are fans out there who don’t rate Mason Mount… why?!” he said.

“He’s such a versatile player, he’s a sponge, he takes on information and can play in so many positions so well, Gareth Southgate loves him.

“Thomas Tuchel left him out of the first game and then realised what a key player he was for Chelsea. He loves him now and he’s a wonderful player. I don’t get the doubters.”

Mount said it was a “special day” for both the club and him personally, with England manager Southgate watch his man-of-the-match performance from the stands at Stamford Bridge.

“It’s a special day, not just for me but because of the scoreline and the way we played,” he said. “These early kick-offs can be very difficult at times. There’s not much time to recover, but the performance we put in and with me getting a hat-trick – it was a special day.

“A lot of the boys have scored this season. I said in midweek it was about time to get on the scoresheet, and today was obviously the day. I was fortunate today. I just got told [Gareth Southgate] was watching. It’s brilliant for me and obviously to get my first goals of the season and an assist, it was a good day.

“The most important thing for us is to focus on every game. We’ve got massive games coming up and if we go from game to game, we can keep racking up points. Our goal is to be up there and we want to be a big team.”