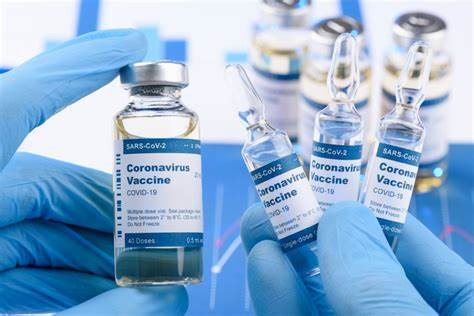 Amid skyrocketing coronavirus infections, some countries are attempting to stretch limited supplies of Covid-19 vaccines by reducing doses or changing vaccination schedules from those shown to be effective in clinical trials. But data are scarce on the impact of such measures and scientists are split over whether they are worth the risks.

“It might be fine,” says virologist Dan Barouch at Harvard Medical School in Boston, Massachusetts. “But we should stick with what’s been proven to work because we want it to work. We don’t want to be creative for some unclear benefit and then have an unexpected problem.”

On December 30, the United Kingdom announced that it would allow doses of two coronavirus vaccines to be administered as many as 12 weeks apart, even though, in clinical trials, the two doses of the vaccine made by Pfizer of New York City and BioNTech of Mainz, Germany, were given to participants about three weeks apart.

By delaying the second jab, the government hopes to free up doses to inoculate more people with their first shot during the current surge.

Similar changes have been discussed in other countries, including the United States. Current US policy is to hold doses of the vaccine in reserve to guarantee recipients a second shot, but the transition team of president-elect Joseph Biden is reportedly considering an end to that.

And Moncef Slaoui, head of the country’s Operation Warp Speed coronavirus-vaccine effort, has suggested that one vaccine – developed by Moderna of Cambridge, Massachusetts, and the US National Institute of Allergy and Infectious Diseases in Bethesda, Maryland – could be given at half the dose used in its largest clinical trial.

“These are all reasonable questions to consider and evaluate in clinical trials,” said Stephen Hahn, chief of the US Food and Drug Administration (FDA), in a statement released on January 4. “However, at this time, suggesting changes to the FDA-authorised dosing or schedules of these vaccines is premature and not rooted solidly in the available evidence.”

On January 8, the World Health Organisation (WHO) recommended a wait of no more than six weeks between the first and second doses of the Pfizer vaccine. “That doesn’t mean it’s a criticism of what the UK or any other country is doing,” says Alejandro Cravioto, chair of the WHO’s Strategic Advisory Group of Experts on Immunization. “It is just based on the evidence that we have.”

Many vaccines consist of multiple jabs – the first to trigger an initial immune response to certain proteins produced by a virus or bacterium, and later booster shots calling the immune system’s memory cells into action. It usually takes weeks for these memory cells to be generated.

Over time, the immune system also broadens its response, developing memory cells capable of responding not only to specific proteins, but also to some variants of them. This means that a later booster shot is sometimes more effective, says immunologist Akiko Iwasaki at Yale University in New Haven, Connecticut: “Immunologically speaking, it may even help to delay a little.”

This might be especially true for vaccines that use harmless viruses to shuttle the genetic code for coronavirus proteins into cells, says Hildegund Ertl, an immunologist at the Wistar institute in Philadelphia, Pennsylvania. Cells read the code and make the coronavirus protein, triggering immune responses against it. But the immune system might also generate antibodies against the harmless vector virus.

If the booster is administered while levels of those antibodies remain high, the vector could be neutralised before it has a chance to deliver its cargo.

This kind of vaccine can also cause cells to express the coronavirus protein for weeks after vaccination. A booster given too soon could arrive while the immune system’s initial response is still raging and memory cells are not yet established. “Until you have memory, your booster immunisation is not doing you any good,” says Ertl.

Vaccines that use viral vectors include Sputnik V, from Russia, and the vaccine developed by AstraZeneca of Cambridge, UK, and the University of Oxford, UK. Large clinical trials of the AstraZeneca vaccine, which has been authorised in the United Kingdom and India, among other countries, waited anywhere from one to three months before administering the booster shot and the data suggest that longer intervals improved results, says Ertl. “I’m delighted that the UK is going to wait longer,” she says.

But Ertl and others say it is less clear how a longer interval might change the effectiveness of RNA vaccines such as those made by Pfizer and Moderna. These vaccines do not rely on viruses to ferry genetic material into cells, and they cause cells to produce the coronavirus protein for only a few days after vaccination.

Clinical-trial data suggest that recipients derive significant protection from the first dose of these vaccines, but most study participants received their second shot within a month and little is known about the length of the immune response in the few who did not receive a second dose.

Some researchers are also worried about the impact of the longer dosing interval on the coronavirus itself. Immunologist Florian Krammer at the Icahn School of Medicine at Mount Sinai in New York City says that people who receive a single dose of an RNA vaccine produce relatively low levels of antibodies, and he fears that this could encourage the emergence of viral variants that are resistant to vaccines.

It is unclear how high the risk of that is. SARS-CoV-2 mutates more slowly than the influenza virus, for example, which changes so rapidly that new vaccines are needed each flu season.

“But at this point, I wouldn’t take the risk,” Krammer says. “If one country takes that gamble and it’s wrong, that has consequences for all of the vaccines.”

Not everyone agrees. Sarah Cobey, who studies the evolution of viruses and immunity at the University of Chicago in Illinois, points out that natural infections can also generate fairly low antibody levels. If single doses of vaccine can reduce the number of natural infections, they might cut the risk of resistance evolving, she says.

And Cobey notes that although some variants might be partially resistant to vaccines, they are unlikely to render the shots completely ineffective. The body produces a mix of antibodies targeting different regions of a foreign protein; it will be difficult for a slowly evolving virus such as SARS-CoV-2 to mutate so that none of those antibodies recognize it while still retaining its ability to infect human cells.

Meanwhile, the many further vaccines currently in the pipeline could provide fresh weapons against future coronavirus variants. “It’s a very serious thing to be sacrificing people now because you’re afraid that you won’t be able to handle a strain in the future,” she says. “If I were to place a bet, I would be doing what the UK is doing.”

Ultimately, each country must make a decision based on its own needs, says Cravioto, who lives in Mexico. As of 5 January, his country had only received about 100,000 doses of Pfizer’s vaccine, but supplies are due to be bolstered by fresh shipments in the coming weeks. Then, says Cravioto, Mexico might consider stretching out its doses. “We have over 1,000 deaths a day,” he says. “We need to curb infection.”