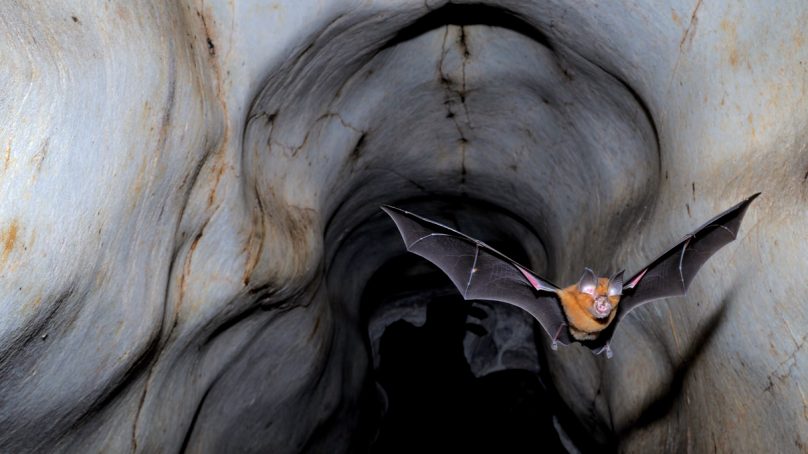 Only two new coronaviruses have spread globally the past two decades: SARS-CoV, which caused an outbreak of severe acute respiratory syndrome (SARS) in 2003 and SARS-CoV-2, the virus that causes Covid-19. But that may just be the tip of the iceberg of undetected infections with related viruses emerging from bats, a new paper claims.

In a preprint published on Friday September 17, researchers estimate that an average of 400,000 people are likely infected with SARS-related coronaviruses every year, in spill-overs that never grow into detectable outbreaks.

Although that number comes with big caveats, “It should be eye-opening to the entire scientific community that we don’t know very much about the frequency of zoonotic spillover,” says virologist Angela Rasmussen of the University of Saskatchewan, who was not involved in the work. That needs to change, she says, “because otherwise we grossly underestimate it.”

The researchers, including Peter Daszak from the EcoHealth Alliance and Linfa Wang from Duke-NUS Medical School in Singapore, created a detailed map of the habitats of 23 bat species known to harbour SARS-related coronaviruses, the group to which SARS-CoV and SARS-CoV-2 belong, and then overlaid it with data on where humans live to create a map of potential infection hot spots.

They found that close to 500 million people live in areas where spillovers can occur, including northern India, Nepal, Myanmar and most of Southeast Asia. The risk is highest in southern China, Vietnam, Cambodia and on Java and other islands in Indonesia.

“This is a definitive analysis of where on the planet the next SARS- or COVID-like virus is most likely to emerge,” Daszak says. The maps could guide efforts to reduce the likelihood of spillover by changing behaviours in high-risk communities and targeting surveillance to detect new outbreaks earlier, he says. Daszak, a vocal advocate of the hypothesis that SARS-CoV-2 came from the wild instead of a research lab, says the maps could also guide efforts to find the virus’ natural origin.

Several studies are underway or being planned to look for SARS-CoV-2 and its relatives in Rhinolophus [horseshoe] bats and other animals.

But the researchers went one step further. Small surveys done before Covid-19 erupted have suggested some people in Southeast Asia harbour antibodies against SARS-related coronaviruses. Combining those data with data on how often people encounter bats and how long antibodies remain in the blood, the researchers calculated that some 400,000 undetected human infections with these viruses occur each year across the region.

A map in a new paper shows the relative spill-over risk for severe acute respiratory syndrome-related coronaviruses. China and countries in Southeast Asia are potential hotspots for human infections.

The paper does not even address how many people work in the wildlife trade and may be infected indirectly when a bat virus infects another animal first, he says.

Although 400,000 infections annually sound like a lot, Rasmussen says, “In a region with likely hundreds of millions of bats and nearly half a billion people it isn’t that many.” The confidence interval stretches from one to more than 35 million hidden infections per year, however-big enough to “fly the entire population of Rhinolophid bats through,” Rasmussen quips.

Models are only as good as the data that are fed into them, says Vincent Munster, a virologist at the US National Institute of Allergy and Infectious Diseases who studies coronaviruses. The data on antibodies only include a few thousand people, he notes and the assays used to test for antibodies can easily lead to false positives.

“I think if the seroprevalence estimate is way off, the whole thing collapses,” says David Fisman, an epidemiologist at the University of Toronto, who calls the modelling “shaky.” The high number of hidden infections “doesn’t ring true,” Fisman says, because you would expect regular spillovers to be recognised, as they are for rabies and the Nipah virus.

But Rasmussen says many infections could remain hidden if they are short-lived and don’t lead to onward transmission because the viruses are not well adapted to humans. They might not infect enough cells – or cells of the right type – to be transmitted to another person, or they might not be able to escape humans’ immune defences. In cases when the virus does spread, sheer chance may keep it confined to a small, isolated community.

“A lot of the viruses are probably unable to be transmitted from one person to another, but I have very little doubt that there have been illnesses due to these viruses that get misdiagnosed or never diagnosed,” Daszak says. “A rural farmer in Myanmar is hardly likely to go to the clinic because they’ve got a bit of a cough.”

The work is part of a nascent effort to try to understand the risk factors for viral spill-over from animals into humans, Munster says. Already, one message is clear, he says: “I think for virtually any zoonotic pathogen from wildlife, spill-over is more frequent than previously recognised.”