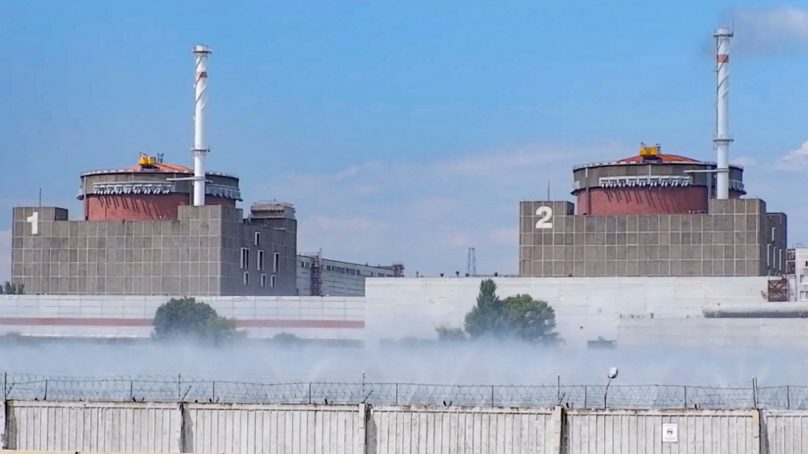 Russian shelling of Ukraine’s Zaporizhzya Nuclear Power Plant (ZNPP) risks creating “another Chernobyl” warns a nuclear scientist working in the country, while the head of the International Atomic Energy Agency (IAEA) said fighting at the site presents a “very real risk of a nuclear disaster”.

Russian troops are currently occupying land around the ZNPP, a facility with six nuclear reactors of a more modern and safe design than the Chernobyl plant, which experienced a catastrophic meltdown in 1986 and was itself occupied earlier this year.

Reports from Ukraine suggest that Russia is shelling the site itself and satellite images reveal potential evidence of the bombing at the nuclear plant.

The latest update from Energoatom, Ukraine’s state-controlled energy company, says that on August 6 Russian troops fired rockets at the ZNPP, which landed directly next to spent fuel storage containers. It claims that three radiation monitoring sensors were damaged and one plant employee was taken to hospital with a shrapnel wound, but that the Russian troops still in control of the ZNPP hid in bunkers at the site.

“This time a nuclear catastrophe was miraculously avoided, but miracles cannot last forever,” said Energoatom. “It is necessary to urgently put an end to the actions of Russian nuclear terrorists in order to protect Ukraine and the world from a nuclear disaster.”

The director general of the IAEA, Rafael Mariano Grossi, said on August 6 that the situation at the ZNPP seemed stable and that there was no immediate threat to nuclear safety. But the IAEA hasn’t been able to visit the facility in Ukraine’s south since before the conflict began, and Grossi says efforts to restart inspections continue.

There are also unconfirmed reports that Russian troops have mined the ZNPP, with Ukraine’s Centre for Strategic Communication claiming that a high-ranking Russian officer said “there will be either Russian land or a scorched desert” at the site.

Olena Pareniuk, a scientist working at the Chernobyl site, which has since been returned to Ukrainian control, says that Russian troops at the ZNPP seem to be taking risks with safety, as well as shelling the site itself.

“Russians took military vehicles with armour and explosives inside the machine hall of ZNPP,” she says, though New Scientist hasn’t been able to verify this independently. “That’s literally the same building where the reactor is. They mounted artillery on the territory of NPP, shooting the nearest town, Nikopol. Ukrainians won’t fire back, as no one wants to pose a danger to the NPP.”

She warns that the same mistakes are being made with the ZNPP as were with Chernobyl, risking the safety and effectiveness of staff to control the reactors.

“Staff could get tired and make a mistake, and it might be another Chernobyl. Explosives might explode, the turbine will be damaged and might also explode, and the nuclear fuel might leak into the environment,” she says. “Russians might be crazy enough to drain the cooling water from the spent nuclear fuel basin, the fuel will heat up and uranium will leak into the environment.”