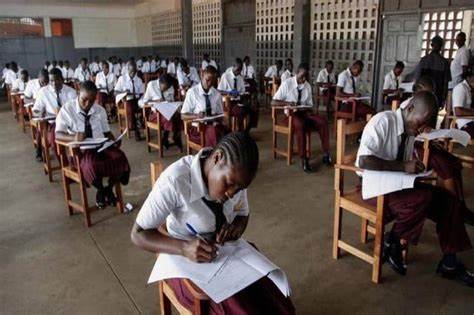 The emergence of fast-spreading coronavirus variants has once again put a spotlight on the role of children in the Covid-19 pandemic. Early data on one new variant had suggested that it was spreading more in children than in adults compared with other lineages. But researchers now suggest the variant is spreading more efficiently in all age groups, allaying those fears.

Still, a year into the pandemic, much remains unknown about the spread of SARS-CoV-2 in children, prompting calls for increased surveillance and testing to inform decisions about school closures. “We still don’t really know how much schools and children actually contribute to spread,” says Catherine Bennett, an epidemiologist at Deakin University in Melbourne.

Children seem to be less susceptible to SARS-CoV-2 than adults are, possibly because of inherent biological differences, says Calum Semple, an outbreak specialist at the University of Liverpool, UK. And studies in schools in several countries last year suggested that campuses were not hotspots for transmission, provided they took precautions such as maintaining hygiene and social distancing. However, data often aren’t easily comparable between countries because of the variation in practices.

But if the new variant is increasing infection rates in children, then the dynamics of transmission in schools should be reinvestigated, says Bennett. Better data are needed because cases in children – who more often experience asymptomatic infections – are probably being missed. Countries often test only people with symptoms.

Many researchers caution against closing schools before other parts of society, noting the harm to children from missed learning. Other scientists think that governments should act quickly when there is a rise in infections, including closing schools. George Milne, who leads Covid-19 modelling at the University of Western Australia in Perth says: “It’s better to go hard early and [then] relax.”

The new variant, now called B.1.1.7, was first detected in the United Kingdom in November. Data collected between late November and mid-December suggested that children were being infected with B.1.1.7, compared with other known lineages, more-so than people in other age groups. This prompted suggestions the variant was spreading in children more easily than in adults.

But a January report from Public Health England, a government public-health agency, found that the variant, which has spread to dozens of countries, transmits more easily in all age groups. It also found that children — especially those under the age of ten — are about half as likely as adults to transmit the variant to others.

A similar picture is emerging about another fast-spreading variant, which was first detected in South Africa and is known as 501Y.V2, says Richard Lessells, an infectious-diseases specialist at the University of KwaZulu-Natal in Durban. “There’s nothing jumping out at us that there’s different outcomes in the younger group[s],” he says.

If children do account for a greater proportion of new Covid-19 infections in the United Kingdom, that could be partly because schools stayed open when workplaces and retail outlets were closed at the end of last year, says Semple.

Estimates suggest that children are half as susceptible to SARS-CoV-2 infection as adults – and some researchers suggest their biology could be one reason why. Semple says this could be because of differences in the number and location of ACE2 receptors in the respiratory tract; these receptors are used by the virus to latch on to host cells.

Children are thought to have fewer ACE2 receptors than adults have. And whereas adults have these receptors throughout their airways, children might have them only in the upper respiratory tract, says Semple. This could explain why the virus doesn’t seem to take hold in young children.

Three recently identified variants have been found with mutations to the spike protein, which the virus uses to latch onto cells, making the variants better able to infect host respiratory cells3. But Semple says children might always be less susceptible than adults to an infection that uses the ACE2 receptor, although that needs to be investigated.

Other researchers have suggested that children might be better protected against unfamiliar pathogens than are adults, because they have a more responsive innate immune system and higher numbers of naive immune T cells. But more evidence is needed to establish whether this is the case.

In light of the increased infections in children, more accurate data on how they transmit the virus is needed, including how many close contacts children infect compared to adults, says Bennett.

Seroprevalence surveys could also check for evidence of previous infection, says Kim Mulholland, a paediatrician at the Murdoch Children’s Research Institute in Melbourne, Australia. There has been at least one report of children developing antibodies to SARS-CoV-2 despite not testing positive in a standard diagnostic test that detects viral RNA.

The finding suggests that the children mounted a rapid, local immune response, but that their viral shedding was too low for tests to pick up, says Mulholland, who co-authored the report.

But Mulholland cautions against knee-jerk reactions to early and incomplete information about increased transmission of recent variants in children. The cost of school closures – in terms of lost education, potential exposure to abuse, and, in some countries, the premature end to schooling in favour of work or marriage – could have devastating social impacts that blight a generation of children.

A report last October by the charity Save the Children predicted that by the end of 2020, half a million more children globally than usual would have been forced into marriage and one million more would have become pregnant as an indirect result of Covid-19. “These social problems are going to be persisting,” he says.

Bennett, too, says closing schools can have unintended consequences. Keeping kids at home can increase household transmission if parents bring babysitters into their homes, she says.