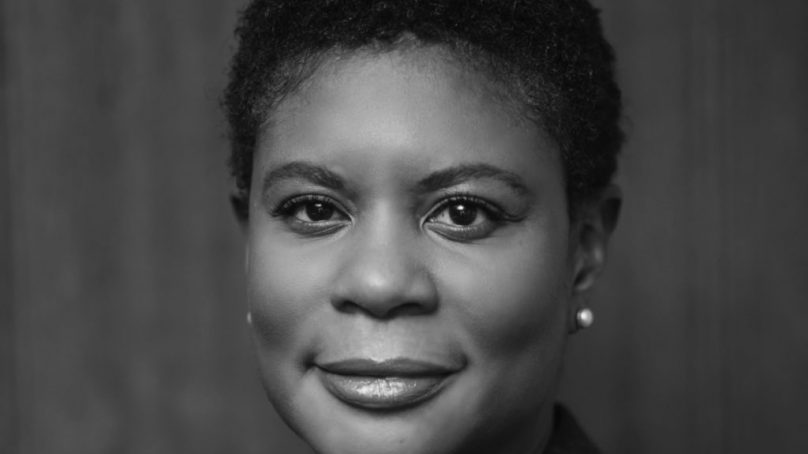 During his presidential campaign, Joe Biden pledged that his administration would address inequality and racism. Now that he’s been sworn in as US president, his appointment of a prominent sociologist to the nation’s top science office is raising hopes that the changes will extend to the scientific community.

Alondra Nelson, who has studied the societal impacts of emerging technology as well as racism in science and medicine, will help lead the White House Office of Science and Technology Policy (OSTP) as deputy director for science and society, Biden announced on January 15.

She has spoken and written about divisive and controversial subjects in bioethics, such as gene editing and direct-to-consumer genetic tests.

Scholars say her inclusion on Biden’s science team emphasises the importance of science’s effect on society and vice versa.

“She understands exactly what is needed to ensure that research has maximum impact on policy,” says Kate Crawford, a senior principal researcher at Microsoft in New York City who has studied the social implications of artificial intelligence and emerging technologies. “I think that is the real gift that the White House is getting” with Nelson on the team, she says.

Biden’s selection is an “inspired choice”, says Keith Wailoo, a historian of race and health at Princeton University in New Jersey. Nelson’s “scholarship on genetics, social inequality and medical discrimination is deeply insightful and hugely influential across multiple fields, most notably because of its focus on excellence, equity and fairness in scientific and medical innovation”, he wrote in an e-mail to Nature.

Nelson’s appointment to the OSTP comes as the United States and its scientific institutions are grappling with their record on equity and inclusion. Although Hispanic and African Americans make up 27.5 per cent of the US population over the age of 21, these groups constitute only 13 per cent of the US science and engineering workforce.

In the past several months, the Covid-19 pandemic has killed nearly three times as many Black Americans as white ones and it has highlighted gaps in how health care is administered to people of different races and ethnicities.

During a January 16 event at which Biden introduced his OSTP team, Nelson acknowledged the challenges ahead. “Never before in living memory have the connections between our scientific world and our social world been quite so stark as they are today,” she said. “I believe we have a responsibility to work together to make sure that our science and technology reflects us.”

On Biden’s first day as president, his team announced a government-wide effort to promote equity and dismantle structural racism, led by former US ambassador to the United Nations Susan Rice. The team also noted that confronting inequalities and injustice will be central to how the Biden administration tackles climate change and the Covid-19 pandemic.

News of Nelson’s leadership role at an office that advises the president triggered a wave of praise on Twitter from researchers across disciplines, including computer science, history and American studies.

“I think that that outpouring of support is indicative of her impact and her impact across a whole bunch of different fields,” says Victor Ray, a sociologist who studies race and ethnicity at the University of Iowa in Iowa City. The applause also acknowledged Nelson’s generosity to junior scholars, says Ray — something he experienced when meeting her. She had “a genuine interest in me and my ideas, which junior scholars really appreciate from someone of her stature”, he adds.

Nelson has been president of the Social Science Research Council, a non-profit organisation that supports research in the social sciences, and a professor at the Institute for Advanced Study in Princeton.

She is an elected member of the National Academy of Medicine, where she co-chairs the committee on emerging science technology and innovation in health and medicine.

In her 2016 book The Social Life of DNA, she documented how Black American descendants of enslaved people are tracing their ancestry using DNA tests. In Body and Soul, published in 2011, she chronicled the Black Panther Party’s campaign for equal access to healthcare after its founding in the late 1960s.

“I think that if we want to understand anything about science and technology, we need to begin with the people who have been the most damaged, the most subjugated by it, but who also, out of that history, are often able to be early adopters and innovators,” Nelson told The Believer magazine in a January 2020 interview.

In a statement, the American Society of Human Genetics commended the Biden administration for naming Nelson as a member of the OSTP team, calling her “a distinguished scholar and thought leader on the intersection of science, technology and social inequalities”.

Nelson is not the first social scientist to have a top job at the OSTP – Thomas Kalil, a political scientist, was deputy director for policy at the agency under former President Barack Obama.