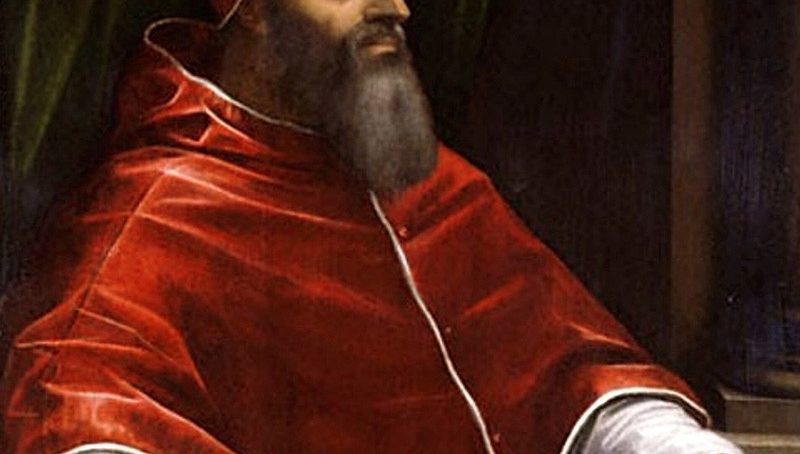 It was a time of contagion and quacks. A Machiavellian power-broker keen to protect his position defied tradition to sponsor controlled experiments on the most marginalised of people.

Therefore, the fear and suspicion by black people and people of colour the world has witnessed over the past few weeks since the vaccination against coronavirus began last month has a long history. Marginalisation comes in many forms and shades: race, religion, traditions, gender, geographical, political, economic or age.

The documented history of drug and poison trials goes back to 1524. The Italian surgeon Gregorio Caravita offered Pope Clement VII a medicinal oil he had prepared as an antidote to poison. There were good reasons for the pope to fear poisoning. So, instead of dismissing Caravita’s unlikely claim, he decided to have the concoction tested on a ‘marginalised’ group – condemned prisoners.

Two Corsicans – convicted of theft and murder – were chosen. Doctors fed them marzipan cakes laced with deadly aconite. When they started to writhe and scream in agony, Caravita anointed one of them with his oil.

The treated prisoner survived. As a reward for his services, the prisoner had his death sentence commuted to life as a galley slave. The untreated prisoner? It took four hours of torment for him to die.

The next trial of Caravita’s oil was carried out by the papal physician, the papal pharmacist and a Roman senator. The officials wanted to check that they had not been tricked and to see whether the antidote worked against other poisons.

They administered a mixture of raw eggs, sugar and arsenic to a man from Mantua who had been condemned for murder. He, too, survived to live out his days as a galley slave.

Two weeks later, the experimenters published a four-page report of the trials, describing effects of the poisons and emphasising the presence of “pious men” who prayed on the convicts’ behalf.

Without knowing the exact content of the oil and the exact doses of the poisons, it is impossible today to speculate on whether the antidote could really have worked.

These were the first of a series of poison trials conducted on condemned prisoners across Europe in the sixteenth century. Historian Alisha Rankin describes the cruel human experiments in grisly detail in her book The Poison Trials.

Her research uncovered more than a dozen documented trials (some alluded to others that went undocumented). Half were carried out between 1560 and 1580 in France, Italy and the Holy Roman Empire, and the last by the end of the century.

Although the concept of human rights did not then exist, those running the trials felt pressure to justify themselves to society, Rankin finds. And their decidedly scholarly methodology prefigured the era of experimentation by a good century.

In sixteenth-century Europe, poisons were everywhere. A snakebite or unfortunate choice of herb or mushroom could be deadly. Regulations were lax; poisons were easily accessible to anyone who wanted to control a rat infestation or assassinate a political leader.

The Black Death, which swept in devastating waves over Renaissance Europe, was generally thought to be caused by some sort of transmissible poison (now we know it to have been the result of the bacterium Yersinia pestis).

So, for Clement, proving that he commanded a general antidote would demonstrate both his power to defend himself from his enemies and his power to protect his flock from the plague.

Clement was the first person since the time of the ancient Greeks to be recorded carrying out poison trials on humans. The practice was taboo in the classical world by the second century ad – in Rome, the physician Galen studied cockerels instead.

Galen’s experiments famously included control arms: he divided his birds into two groups, poisoned them all, then gave one group the antidote.

Rankin describes how Clement’s trial with Caravita’s oil revived and extended, this scholarly approach. The studies recorded in hair-raising detail the physiological consequences of the poisonings over time.

Subsequent poison trials tended to follow the same pattern of design and sober documentation in their attempts to offer convincing proof of efficacy. The respected doctors and intellectuals who conducted them, Rankin explains, were keen to differentiate themselves from charlatans who hawked their own antidotes with much show in marketplaces.

Still, she writes, qualms about the practice were high from the start. That unease applied also to dissections of human corpses, which had become relatively common in the scholarly circles of sixteenth-century Europe.

Contrary to popular belief, dissections were never actually banned by the Catholic church, but there was enough queasiness about them for Clement to issue, in 1531, rules for their approval and oversight by both church and civic authorities. Aware that he was entering dangerous territory, Clement made it clear that he had followed these rules in his trials with Caravita’s oil, writes Rankin.

Reports of poison trials always underscored their societal benefit. As the decades progressed, they began to include statements that the condemned had consented to participate without coercion. The participants selected, Rankin notes, were usually foreigners.

Rankin widens her story to encompass the sometimes-overlapping claims for panaceas – universal cures – in the same period. At times, her text becomes repetitive and confusing. Still, her anecdotes are riveting. For example, we learn that popular antidotes tended to be exotic mixtures of ingredients, including herbs, spices, special clays, opium, and animal parts and products of varying levels of weirdness.

Particularly valued were bezoars – hardened masses found in the gastrointestinal systems of some animals – and the horns of unicorns, whose existence was widely discussed in Renaissance times, but not yet dismissed.

But the book’s fascination lies in its exposure of the early attempts at an approach to medicine that we would now call scientific – along with the revelation of how quickly and seemingly instinctively these attempts became enmeshed in a primitive version of what we would now call medical ethics. These tensions, like contagions, have always been with us.