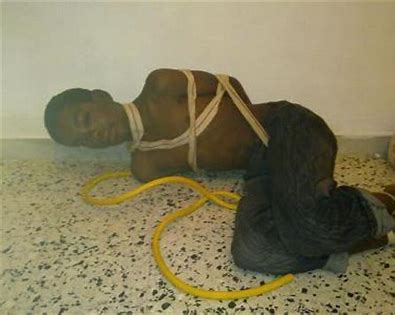 Interview continued: The New Humanitarian recently spoke to journalist Sally Hayden, author of the book, “My Fourth Time, We Drowned: Seeking Refuge on the World’s Deadliest Migration Route”, published in March this year. Hayden raises questions the roles the European Union and United Nations, and sometimes other aid organisations are playing in Libya. The journalist notes that there is need for accountability and the importance of continuing to document the abuses being perpetrated.

This interview was edited for length and clarity.

The New Humanitarian: What role are UN agencies and international humanitarian organisations playing when it comes to European migration control policies in Libya?

Hayden: Money from the EU Trust Fund directed toward Libya doesn’t just go towards training and equipping the Libyan Coast Guard. It also goes towards UN agencies – IOM (the UN’s migration agency) and UNHCR (the UN’s refugee agency) – that then distribute it through partner organisations that implement projects that are supposed to improve humanitarian conditions inside detention centres.

When you interview European politicians and say, “Is your policy not effectively returning people to indefinite detention in Libya where they have no legal recourse, no way to get out?” The European politicians will respond that they don’t approve of the detention centres; that they want them closed; but that, in the meantime, they are trying to improve the situation by funding the UN.

Pretty quickly after I started reporting on this, I started getting contacted by UN staff – as well as staff from the UN’s partner organisations in Libya – who were basically saying that they were very uncomfortable with the way the UN was being used because they felt like it was being used to whitewash the brutal effects of European Union policy. And that was because the European politicians could use the funding being sent to UN agencies as an excuse.

Now it has been five years since this policy began and the conditions in detention centres haven’t improved. I think that it’s clear that they are not necessarily going to get better and that the centres are not going to be closed any time soon.

The New Humanitarian: You frame your book saying that you hope it contributes to the quest for accountability. Who needs to be held accountable and for what?

Hayden: I’m a journalist, so I’m just trying to document things. But, for me, it has been quite shocking that there hasn’t been some sort of analysis in terms of both the consequences of the European Union policy and then certain incidents that have happened inside detention centres. For example, one that I write about is the detention centre in Zintan. At one point, one person was dying every two weeks of medical neglect and starvation. And there was never any sort of accountability for those deaths. Things just moved on.

A lot of the people who are working with aid organisations on these issues in aid organisations – the top people anyway – are based in Tunisia. They’re not even necessarily based in Libya. A lot of them also only stay for one year, or something like that. There’s a lot of turnover. So, I don’t know that lessons are always being learned over a longer term from mistakes that have been made in the past.

In terms of accountability, I know that there are a lot of lawyers attempting to hold specific Libyan individuals accountable who may be guilty of various crimes against humanity and war crimes. There is also a broader attempt to see if there’s any way for the EU to be held accountable. I’ve heard a lot of questions as well about whether the humanitarian organisations should have done more in terms of at least trying to learn lessons from things that have gone wrong.

The New Humanitarian: This story really broke through globally in 2017 with the CNN report about Libyan slave markets, which is incidentally the same year the EU started supporting the Libyan Coast Guard. What has changed since then?

Overall, I don’t think the situation has changed dramatically. But what we have now is a long period of time to show that this is what is happening. We can’t pretend like this situation is going to get better now. It has been going on long enough. We know that it’s not getting better.

The New Humanitarian: How do we move from that clear picture of what is happening to some sort of change taking place?

Hayden: We are seeing very slow developments or admissions about what is happening. For example, the independent UN fact-finding mission last October said that there was evidence of crimes against humanity and war crimes being carried out against refugees and migrants in Libya. More recently, we had the ICC (International Criminal Court) prosecutor say the same. All of these things, potentially they’ll make some difference. It’s a very slow process, but I don’t think that means that we shouldn’t be gathering the evidence.

Obviously, the situation now is atrocious and there are gross human rights abuses. Our role as journalists is to make sure people can’t say they didn’t know about it.