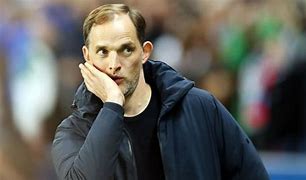 The 49-year-old German tactician, who replaced Stamford Bridge legend Frank Lampard in January 2021 after spells in charge of Mainz, Borussia Dortmund and Paris Saint-Germain, guided the Blues to their second Champions League title in his first season at the helm but a series of concerning displays at the start of the 2022-23 campaign has seen new co-owner Todd Boehly and Clearlake Capital pull the trigger just seven matches into the new season.

Having dictated a world-record £273 million spend this summer, Tuchel struggled to successfully integrate his new recruits into his starting XI – something the now-sacked Chelsea boss was confident would happen over time with some patience.

The alarming defeat in Zagreb was Chelsea’s third loss in seven matches in all competitions this season after the Blues narrowly avoided an underwhelming draw in the Premier League on Saturday when VAR chalked off a late West Ham equaliser in the 2-1 victory over the Hammers.

Chelsea currently sit sixth in the Premier League table having collected 10 points from their opening six matches and there is already work to do on the continental stage in Group E ahead of next week’s visit of Red Bull Salzburg.

The Blues are just three points adrift of Brighton in fourth and five points behind Premier League leaders Arsenal ahead of this weekend’s west London derby with Fulham at Craven Cottage.

Confirming the decision via their website and social media channels, Chelsea’s official club statement read, “On behalf of everyone at Chelsea FC, the club would like to place on record its gratitude to Thomas Tuchel and his staff for all their efforts during their time with the club. Thomas will rightly have a place in Chelsea’s history after winning the Champions League, the Super Cup and Club World Cup in his time here.

“As the new ownership group reaches 100 days since taking over the club, and as it continues its hard work to take the club forward, the new owners believe it is the right time to make this transition.

“Chelsea’s coaching staff will take charge of the team for training and the preparation of our upcoming matches as the Club moves swiftly to appoint a new head coach. There will be no further comment until a new head coach appointment is made.”

Chelsea are understood to have decided to part company with Tuchel overnight before communicating their verdict to their former coach early on Wednesday morning.

Tuchel had vowed to put things right on the training field as early as today following his side’s inexcusable and costly performance against Dinamo.

He said post-match: “There are no days off, the next day is working. We can’t have a day off at the moment. If we did underestimate them we have a problem. Me personally, I didn’t.”

Boehly, Behdad Eghbali and other members of the Stamford Bridge board were all in attendance at Stadion Maksimir last night to watch Chelsea’s Champions League campaign begin with a whimper.

Concerns are believed to have been building behind the scenes in recent weeks following a string of blunt and uninspiring performances from Tuchel’s Chelsea.

Behind the scenes, the self-proclaimed perfectionist has been at the heart of Chelsea’s transfer drive – a gruelling and energy-sapping process that has seemingly affected results on the pitch.

After bumbling and rumbling, Man United looks to have sealed leaking rearguard with Varane and Lisandro