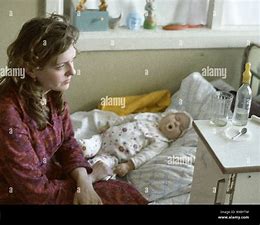 Russian nuclear disaster: No matter the consequences of lingering radiation, there are massive benefits to people leaving

Some other research teams have not found significant radiation effects on the genetic diversity or abundance of certain animals around Chernobyl nuclear disaster scene. In one widely publicised 2015 survey of a Belarus area near the power plant, a team of scientists determined that the numbers of elk, roe deer and wild boar were similar to those in radiation-free nature reserves in the region.

No matter what the consequences of lingering radiation might be, there were massive benefits to people leaving.

A later report also found no evidence that radiation reduced the density of mammal populations across the landscape, even in highly contaminated parts of the zone. Neither study rules out the possibility that radiation has negative effects on individual animals but hasn’t affected population size, says wildlife ecologist James Beasley of the University of Georgia, who was involved in both studies.

“If there were any effects, they just weren’t sufficient to suppress the population growth in those animals,” he points out.

Beasley and Tom Hinton – a now-retired radioecologist formerly at Fukushima University’s Institute of Environmental Radioactivity – have also been sampling for DNA mutations in the region surrounding the Fukushima Daiichi nuclear power plant in Japan, which experienced a less severe meltdown and radiation release after an earthquake and tsunami in 2011.

Nearby mice had certain genetic aberrations in the immediate aftermath of the accident. But at least some animals didn’t show lasting effects.

Firebugs from the region around Chernobyl show distortions of their usual colour patterns. The specimen on the left shows normal coloration; the others are visibly different, presumably due to genetic mutations. Such mutations are more common in regions where radiation levels are higher.

By 2016, when radiation levels had fallen substantially, Hinton, Beasley and their colleagues didn’t find any signs that radiation was causing DNA damage in the cells of rat snakes and wild boar. This was despite the fact that the animals were absorbing radiation doses similar to those for which Hinton sees effects in Mousseau’s Chernobyl data.

“I have yet to be able to duplicate anything that Møller and Mousseau have published,” Hinton says.

The stubborn discrepancies have caused some members of each camp to become distrustful of the other’s conclusions, and on some occasions the debate has turned personal. In 2015, the International Union for Radioecology, a nonprofit group of radiation scientists, invited researchers from both sides to a meeting in Miami, striving to reach a consensus.

But the conversation became so heated, “they started hurling insults at each other,” recalls McMaster University radiobiologist Carmel Mothersill, the IUR’s treasurer. The only conclusion they could reach was that “everything is so uncertain in the low-dose region that you can’t attribute anything definitively to the radiation dose.”

The debate is still unresolved. Scientists from each camp list several reasons for the discrepancies around Chernobyl, including research methods, statistical techniques and the possibility that environmental factors other than an animal’s direct radiation exposure explain the observations.

For instance, the Red Forest, where many of Timothy Mousseau of the University of South Carolina and Anders Møller of University Paris-Saclay in France, study sites are, has high radiation levels, but is also relatively barren of vegetation. That makes it hard to say for sure whether the animals there are suffering from radiation or simply poor habitat, David Copplestone, a radioecologist at the University of Stirling in Scotland and his colleagues have argued. (Some of Copplestone’s research is funded through a programme partly supported by a nuclear waste disposal company.)

Mousseau, for his part, notes that some of the studies that contradict his were conducted in a patch of Belarus that is wilder and less developed than the exclusion zone in Ukraine, where wildlife probably recovered from the disaster more quickly and would be expected to flourish.

And Olena Burdo, a radioecologist at the Kiev Institute for Nuclear Research, thinks that foreign scientists who visit the exclusion zone only infrequently might be neglecting subtle changes to the ecosystem brought on by events like wildfires or floods. These, she’s learned, can change how radionuclides – and animal populations themselves – are distributed across the landscape.

Mousseau doesn’t doubt that some species in the least contaminated parts of the zone are doing well and maybe even better than in outside areas due to the absence of people. And other scientists agree that there are some effects of radiation in the hottest parts of the zone, but only for certain species; some of Copplestone’s recent laboratory research, for instance, hints that bumble bees, which, like most invertebrates, were previously thought to be quite resistant to radiation — experience the toll of radiation at levels comparable to those within the Red Forest.

Radiation at Chernobyl in Russia have fallen since initial accident, but scientists disagree on its impact on wildlife