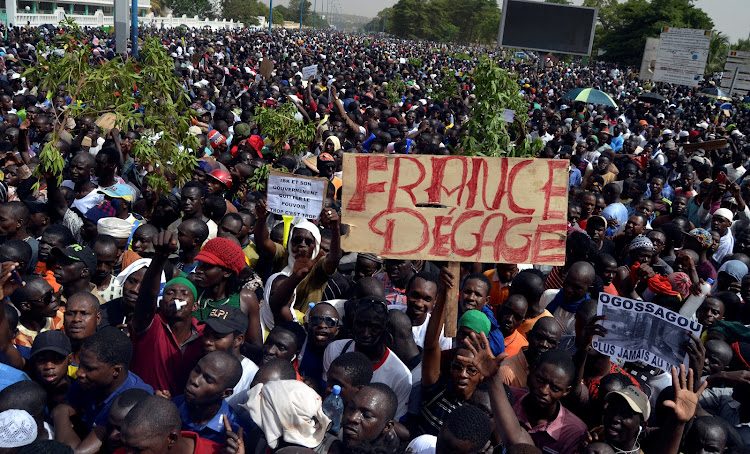 Russia to Africa: We’ll decide for you economic and political set-ups and America will do nothing

On March 27 – a market day in Mali’s central town of Moura – Malian armed forces and suspected Russian mercenaries descended on the town in a helicopter, guns blazing.

In an investigation published last week, the advocacy group Human Rights Watch said the troops closed off all exits from the town and killed about 300 men over the next few days, including villagers and others that state forces identified as terrorists. Islamist insurgents linked to the al-Qaeda in the Islamic Maghreb (AQIM) group partially controlled the town with Shariah law and other restrictions.

Witness accounts said the foreign troops participating in the operation were likely Russian, according to the Human Rights Watch report. United Nations ambassadors from Britain and France linked the troops to the Wagner Group, a private military organization with Russian ties, and called for an investigation into the attack.

It’s the latest account of Russia’s growing military influence across certain African nations battling armed rebels. The Wagner Group is connected to conflicts in the Central African Republic, Sudan and Mozambique, among others. Security observers say the Wagner Group’s lack of accountability and track record of human rights violations remain a cause for concern and illustrate Russia’s clout in the region.

Human Rights Watch said more than 100 Russian troops joined Malian soldiers in the Moura operation, according to security sources. Over the next four days, they patrolled the town, executing several men mostly at night. They detained several others.

On April 1, Mali’s defence ministry said in a statement the army had killed 203 terrorists and detained 51 others after intelligence reports indicated that armed Islamists planned to meet with battalions in Moura. But Russian officials described the mercenary involvement as “disinformation” and blocked an independent investigation requested by France at the United Nations Security Council.

Mali’s Islamist insurgency began in 2012 and has spread to neighbouring Niger and Burkina Faso. Mali’s government spokesman Abdoulaye Maiga has denied Wagner’s presence and said the country only welcomed “Russian trainers” as part of a bilateral agreement with Russia. Back in December, State Department spokesman Ned Price warned Mali that its reported deal with the Wagner Group, costing $10 million per month, would take resources from the already struggling transitional government and further destabilise the country.

Russia has repeatedly denied any direct links to the Wagner Group, which began its operations in 2014 during Russia’s annexation of Crimea. In late March this year, British military intelligence said Russia deployed about 1,000 Wagner mercenaries to eastern Ukraine to aid the Russian invasion there.

Across Africa, Wagner’s activities are only part of Russia’s campaign to restore Soviet-era partnerships. Joseph Siegle, director of research at the Africa Centre for Strategic Studies, said Russia’s narrative portrays it as another world power whose support is not preconditioned on de`mocratic principles or respect for human rights.

Siegle said a similar tactic is evident in Russia’s involvement in Syria and other countries. Russia provides military training, equipment and the Wagner Group’s support to beleaguered leaders facing security challenges in countries with mineral or hydrocarbon assets.

The partnerships are paying off: In 2019, 43 African heads of state attended the first-of-its-kind Russia-Africa summit. Between 2015 and 2019, Moscow signed 19 military collaboration agreements with African governments.

“It fits into the overall Russia strategy as positioning itself as a provider of security and as a country that defends the sovereignty of African countries,” said Pauline Bax, the Africa programme deputy director with the International Crisis Group. “They’re basically telling African countries they can choose their own model of political development and their own model of governance and we would not interfere.”

Russia’s reported playbook in Mali bears similarities to its involvement in the mineral-rich Central African Republic. Russia first intervened there in 2017, when authorities sought support to quash violence that began in 2012. Russia sent weapons and military instructors, reportedly including members of the Wagner Group. Russia in return gained access to the country’s deposits of uranium, gold, and diamonds.

Last year, the United Nations human rights office said it had received reports of violence and abuses in CAR perpetrated by government forces and Russian-linked mercenary groups, including Wagner. Among the abuses the office cited were mass executions, forced displacement of civilian communities, and attacks on aid workers.

About 1,000 Wagner fighters turned up in Libya in 2019 to bolster the forces of rebel military commander Gen Khalifa Haftar as he sought to control the capital city of Tripoli. In Sudan, the Wagner Group deployed about 500 mercenaries to crack down on local uprisings against now overthrown dictator Omar al-Bashir.

In exchange, the Kremlin-linked oligarch Yevgeny Prigozhin received gold mining rights in Sudan funded through his M-Invest company, according to the US Treasury Department.

Mozambique also hired the Wagner Group to bolster its counterinsurgency operations as a local rebellion worsened in the northern Cabo Delgado province.

“Kaboré didn’t want to run into any problems with the West for aligning with Russia,” an official told The Daily Beast in January. One day after the coup, the official representative of Russian military trainers in CAR offered training to Burkina Faso’s military.

Wagner’s operations have drawn parallels with the global activities of other private military companies. In 2014, the US District Court in Washington found four mercenaries with the US Blackwater Group guilty of indiscriminately opening fire at a public square in Baghdad, an incident that left 17 people dead, including 14 civilians. The mercenaries were hired to guard US employees during the Iraq War. The South African Dyck Advisory Group has also been accused of killing civilians during its intervention in Mozambique.

Yet Wagner Group is distinct since it’s not registered as a legal entity in any country – a move meant to prevent accountability, Siegle explained. He said African nations admittedly face complex security crises, but he believes there’s room for them to reform their security structures.

“Unless some of these dynamics change, unless there’s more scrutiny and more criticism from Africans, we’re going to see more of these deployments,” Siegle said.