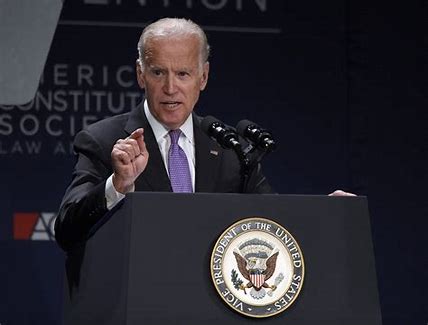 The Biden administration has announced that it will offer temporary protected status to nationals of Cameroon, shielding them from deportation and enabling them to obtain work permits, amid escalating armed conflict that has spawned a humanitarian crisis in the African country.

Some 40,000 nationals of Cameroon, many of whom sought safe haven in the United States in recent years, are expected to be eligible. The largest communities of people from Cameroon are in the Washington DC, metropolitan area and California.

Immigrant advocates and Democratic lawmakers had been ratcheting up pressure on the Biden administration in recent months to extend the humanitarian protection to Cameroon, especially after the administration moved swiftly when war erupted in Ukraine to offer temporary protected status last month to people from that country who were already in the United States.

That decision, which benefited some 30,000 Ukrainians, highlighted what critics said appeared to be a stark difference in the government’s treatment of Europeans and nationals of countries with majority Black or Hispanic populations.

The designation will benefit Cameroonians who were in the United States as of April 14, and it will last for 18 months. Advocates applauded the decision but said it was overdue.

“We have been fighting for a very long time to get TPS for Cameroon,” said Guerline Jozef, co-founder of the Haitian Bridge Alliance and the Cameroonian Advocacy Network, who has been among the most vocal proponents of extending the protection.

“The way the US was able to quickly provide protection for Ukrainians while denying protection for Black and brown vulnerable people is proof of a double standard,” she said.

Robyn Barnard, senior advocacy counsel for refugee protection at Human Rights First, said the humanitarian protection “had been urgently needed for years, and is the right move by the Biden administration.”

Hundreds of thousands of people in Cameroon have been displaced by a five-year civil war pitting the French-speaking government against English-speaking separatists.

The strife has displaced some two million people in Anglophone regions and has resulted in thousands of civilian deaths and widespread food insecurity. As of December, 4.4 million people in Cameroon required humanitarian assistance, according to the United Nations. The State Department has catalogued serious human rights violations perpetrated by the police and the military, including torture and extrajudicial killings.

Fearing for their lives, several thousand Cameroon citizens from the English-speaking northwest have embarked on treacherous journeys to seek asylum, crossing South America, including the lawless jungle stretch called the Darien Gap and Mexico to reach the United States. On arrival, many have been locked up in immigration detention facilities.

Hundreds have been expelled back to Cameroon. International human rights groups have documented that some of them have fallen victim to persecution and abuse after returning to their country.

In announcing the decision, Alejandro N. Mayorkas, the homeland security secretary, cited the “extreme violence” perpetrated by government forces and armed separatists, and a rise in attacks by Boko Haram, the terrorist group. He said nationals of Cameroon would be allowed to remain and work in the United States “until conditions in their home country improve.”

According to the Migration Policy Institute, about 900,000 people are now eligible for the temporary protected status programme, which was signed into law in 1990 by President George H.W. Bush. The protection is extended to people already in the United States from countries ravaged by natural disasters, armed conflict or other extraordinary circumstances that prevent their nationals from safely returning or living there.

The US government periodically reviews each country’s status, which is granted for six to 18 months, and decides whether to renew. Each time a country is recertified, recipients must reapply and pass a background check. The Biden administration has renewed or reinstated protections for many countries after determining that conditions on the ground remained precarious.

The largest group of beneficiaries, more than 200,000, are from El Salvador. Nationals from Haiti, Sudan, Syria and Venezuela are among others under such protections – though people who entered the country unlawfully from those countries in later years do not have the protection.

On Wednesday, nearly 20 Democratic senators urged the Biden administration in a letter to designate Cameroon for temporary protected status. Last week, 56 faith-based and advocacy organisations sent a letter to the administration calling for policies that would provide access to protection to all at-risk refugee populations.

“TPS for Cameroon is a long-awaited important step toward a more equitable immigration system that aligns with our values of protecting families from danger,” said Meredith Owen, director of policy and advocacy at Voice for Refuge, one of the signatories.

The administration’s response to the war in Ukraine has also differed from its approach to the impact of ongoing conflicts on people in Ethiopia, Syria and Yemen, among other crisis-ridden regions around the globe, she said.

The protection for nationals of Cameroon comes as the Biden administration is poised to unveil a programme to grant humanitarian parole, another type of temporary protection, to some 100,000 Ukrainians who it said last month would be admitted into the United States.

The administration has faced mounting pressure to help those fleeing Ukraine, including from European allies assisting most of the refugees. But as weeks passed without a plan from the administration for starting to receive the refugees, thousands of desperate Ukrainians began flying to Mexico, from where they have crossed the southern border into the United States.

Russia to Africa: We’ll decide for you economic and political set-ups and America will do nothing