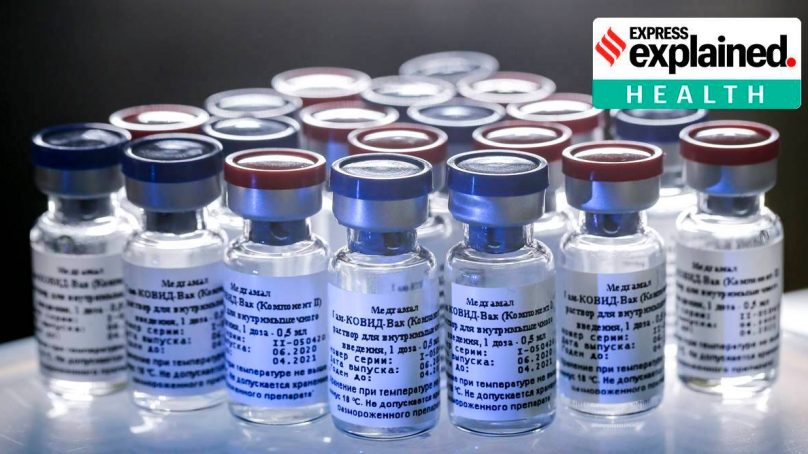 For the second time this week, researchers have announced positive results for the final, human stages of a coronavirus vaccine trial. This time, the results are from the Russian vaccine trial, dubbed Sputnik V.
On November 9, New York City-based drug company Pfizer put out a press release on positive interim results from a coronavirus vaccine phase III trial — the first to report on the final round of human testing. It was the first compelling evidence that a vaccine can prevent Covid-19.
On Thursday afternoon the developers of a controversial Russian vaccine called Sputnik V have announced, also in a press release, that their candidate seems to be similarly effective at preventing the disease.
The Gamaleya National Centre of Epidemiology and Microbiology in Moscow and the Russian Direct Investment Fund said that an interim analysis of 20 Covid-19 cases identified among trial participants has found that the vaccine was 92 per cent effective. The analysis looked at more than 16,000 volunteers — who received either the vaccine or a placebo — three weeks after they had taken the first dose. The trial has enrolled a total of 40,000 participants, the release said.
By contrast, the Pfizer team’s early analysis was based on 94 Covid-19 cases — and reported greater than 90 per cent effectiveness, when measured a week after participants got their second dose. The Pfizer trial, which started on 27 July, has enrolled more than 43,000 participants, more than 38,000 of whom had received two doses when the analysis was carried out.
The low number of cases reported in the Sputnik V trial means that there is less certainty that the vaccine’s true efficacy is above 90 per cent, compared with the Pfizer and BioNTech analysis, said Stephen Evans, an epidemiologist at the London School of Hygiene and Tropical Medicine, in a statement to the UK Science Media Centre (SMC). “Further follow-up is needed because the results are compatible with a much lower efficacy — 60 per cent — based on these data.”
It is difficult to interpret the clinical-trial results without more information, says Shane Crotty, a vaccine immunologist at the La Jolla Institute for Immunology in California. “I would not conclude anything from 20 events.”
The Sputnik V trial’s protocol has not been made public, in contrast to those of Pfizer and some other leading candidates in phase III trials, so it is unclear whether an interim analysis after identification of just 20 Covid-19 cases was in the works. Pfizer had originally planned to do its first interim analysis after 32 cases, but changed course after discussions with the US Food and Drug Administration.
“I worry that these data have been rushed out on the back of the Pfizer/BioNTech announcement,” Eleanor Riley, an immunologist at the University of Edinburgh, UK, told the SMC. “This is not a competition. We need all trials to be a carried out to the highest possible standards and it is particularly important that the pre-set criteria for unblinding the trial data are adhered to avoid cherry picking the data.”
In a move criticised by many scientists as reckless, Russian regulators licensed the vaccine for limited rollout in August, without waiting for safety or efficacy data from a phase III trial. The vaccine is composed of two different adenoviruses that produce the coronavirus spike protein, administered three weeks apart.
Sarah Gilbert, a vaccinologist at the University of Oxford, UK, agrees that the Sputnik V results should be interpreted cautiously because of the small number of cases. But she is encouraged, because the vaccine her team is developing with pharmaceutical company AstraZeneca also uses an adenovirus to expose the immune system to the coronavirus spike protein. “Seeing the Russian results, albeit from a small number of endpoints, does indicate that we would expect to see high efficacy, but we have to wait and see,” she says.