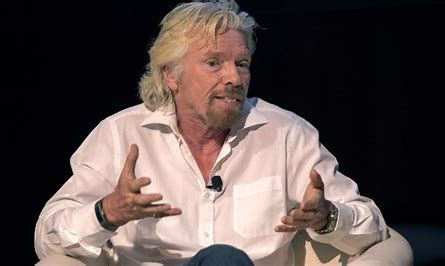 It has been nothing short of amazing to see the response from our campaign with Made By Dyslexia and LinkedIn to add ‘Dyslexic Thinking’ as a recognised skill on the platform. For my newsletter this month, I invited people to ask me any questions they have about dyslexia, and to share their personal experiences. Reading through so many questions and stories from dyslexic thinkers all around the world left me more certain than ever that dyslexia is a superpower – but also remains surrounded by many stigmas and barriers.

I read stories where people were kicked out of class, told to ‘go to church’, and received ‘snail awards’ at school. I heard from lawyers, engineers, people with PhDs, and psychologists who weren’t diagnosed until late in their careers.

I also heard from musicians, artists, entrepreneurs, CEOs, analysts, professors, and people working in theatre and fashion who said their dyslexia was pivotal to their success. Many people also left comments wondering if they were indeed dyslexic, and were unsure how to find out. Made By Dyslexia have a really simple online quiz which is a good first step to take.

Back to the questions, many parents reached out asking for advice on how to help their children embrace their dyslexia and unlock their full potential. A lot of people also asked how schools can better support and be more inclusive of dyslexic thinkers, so I decided to answer both questions.

Although I didn’t know I had dyslexia until I was an adult, my parents were always incredibly supportive of my creative ideas and curious ways of thinking. Despite my poor grades and terrible spelling, they never doubted me – but they never fussed over me either.

My mum taught me to never let my insecurities or so-called ‘weaknesses’ hold me back in life. When so much of your worth as a young person is attached to grades and report cards (especially in those days), my parents reminded me that what really matters in life is how you treat people, and how you follow your passions.

My advice to any parent with a dyslexic child (especially if they are feeling discouraged and exhausted), is to help your child discover their passions and strengths, and support their pursuits as much as possible. This is so important to help build self-esteem, which is often knocked by school curriculums and unknowing peers.

We need to constantly remind dyslexic kids of the achievements that dyslexics (such as Albert Einstein and Walt Disney) have made, and the skills (such as creativity, empathy, problem-solving and resilience) that dyslexic thinking gives you. These skills are in such high demand in today’s workplaces, and we need to always remember that!

Made By Dyslexia has some fantastic resources and tips for parents too, which I can’t recommend enough. When it comes to practical support, it’s good to lean on evidence-based, multi-sensory interventions, and brilliant tech tools like text-to-speech converters, voice notes, predictive text, highlighting tools and Microsoft’s Immersive Reader. Made by Dyslexia’s fact sheets are a great place to start, and the free training the offer is video-based and really great for parents.

When it comes to schools, I’d like to think there is more support and awareness than in my day, but it’s clear there is still a long way to go. Teachers all around the world should be trained to spot dyslexia, and to give dyslexic children every chance to thrive.

Identifying dyslexia is such a crucial point. I find it staggering that one in five people have dyslexia, yet 80% of students leave school unidentified. It’s so important to bridge this gap because the earlier it is discovered and supported, the sooner the student can catch up and keep up. When I was in school, I didn’t even know what dyslexia was.

Teachers called me dumb and lazy, and I started to believe them. It was only when I dropped out of school and realised my ability to think big, solve problems, and empathise was much more useful than a spelling bee trophy. I wonder how different my education would have been if I had been empowered by the system instead of rejected by it?

Education bodies need to deepen their understanding of dyslexia, and stop treating it as a disability or a disadvantage. Students should be better supported in the areas they struggle with (such as reading and spelling) and better equipped to hone their dyslexic strengths (including storytelling and imagination). This will also go a long way in preventing bullying and nasty stigmas.

If teachers are given the tools, resources and flexibility to spot, support and empower dyslexic students – the world will go a long way. Again, Made by Dyslexia offers some fantastic (and free) training in partnership with Microsoft, which provides really practical teaching strategies and solutions. Standardised exams have also got to go.

The world needs dyslexic thinking, but children are still being taught to conform and do well on generic tests. As I wrote about in The Times earlier this year:

I once did an IQ test as an eight-year-old. I don’t think I filled in anything. Go forward 30 or so years, I was running Europe’s largest private group of companies. I didn’t know the difference between gross and net profit, but it didn’t matter… What mattered was my character, whether I was good at inspiring people and motivating people, whether I wanted to make a real difference in the world.

Thank you to everyone who shared your stories and your questions this month. By having more conversations like this, we can empower dyslexic thinkers all around the world.