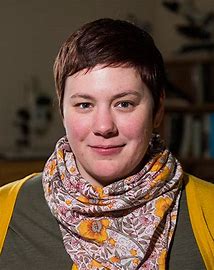 Reproductive justice? Had I not had an abortion, pregnancy would have hijacked the future I’d worked hard

I am a palaeoecologist at the University of Maine and, like the nearly one in four people capable of becoming pregnant in their lifetime in the United States, I have an abortion story. Even with rates on the decline, it remains a common experience.

I became pregnant in 2001 when I was at college in Vermont, a state with a reputation for progressive politics. My partner and I were using protection, which failed. I knew immediately that I did not want this pregnancy. I wanted to be a mother one day, just not then, and not with that partner. I knew that a pregnancy would hijack a future that I – a first-generation, blue-collar, high-school dropout – had worked hard for.

Not that I need to explain my reasons. Put simply, abortion is healthcare. Anyone should be able to obtain an abortion for any reason, at any time, without justification. Bodily autonomy is an essential human right, and one that is violated by anti-abortion legislation. That is why barriers to access are growing, and why I’m sharing my story.

Reproductive justice matters to science not only because scientists get abortions, but also because so many scientists are well-positioned to use our privilege and roles as trusted experts to de-stigmatise and support abortion rights for everyone. Now is the time to be brave, to use our voices, our money and our energies to support evidence-based health care, education and reproductive justice.

I know in my heart that I would never have become a scientist had I not had my abortion. I have never regretted my decision, but I grieve the experience, which was made so much harder by unnecessary barriers. I kept that grief locked away with my story for years, out of fear that those who made my abortion so difficult would use it as a weapon against others. Because of my experience 21 years ago, I volunteer, march and use my voice as a scientist to advocate in favour of abortion access for all.

When I found out I was pregnant in 2001, I made an appointment at Planned Parenthood, a non-profit clinic around two hours’ drive away. The clinic warned me I would need to pay in full for the procedure or use insurance. The costs of my annual gynaecological examination and birth control were covered, but the 1997 Hyde Amendment prohibited the use of federal funds to pay for abortions. When I showed up for my appointment, I was told that my family’s health insurance wouldn’t cover my abortion. I was unable to pay for the procedure, so I left. I felt utterly lost and alone.

As I left, a sympathetic staff member told me how Medicaid (a government programme that pays some health costs for people on low income) worked in Vermont. Because I was pregnant, I qualified for emergency coverage, and it would pay for abortions. I was so relieved!

In a precious moment between classes and my full-time job, I went to the state office to sign up. When I explained to the clerk the reason for my application, she frowned and said I was mistaken; Medicaid did not cover abortions. I believed her – I had no reason not to. It didn’t occur to me to look it up until years later, when I discovered that she had lied.

My partner and I couldn’t go to our parents for help, so we resolved to wait for our next windfall: my income-tax rebate. When the money finally came in, I was 18 weeks pregnant, which was past the cut-off date for any clinic we could find in New England.

I called clinics in New York and Philadelphia, and was told that it would cost $2,000 (more if I wanted anaesthesia), plus travel. One woman even told me that “our clinic doesn’t perform abortions when the foetus is viable”. She was referring to the point when the foetus could survive outside the womb, which isn’t the case until at least 24 weeks. I felt as if the walls were closing in.

Finally, someone asked whether we’d thought about Montreal, Canada. It was closer and, with that country’s support, much more affordable. A clinic there told me they could fit me in, but I needed an ultrasound to confirm I hadn’t reached the 20-week cut-off.

Planned Parenthood set up an appointment at my local hospital, and said that it would let the hospital know the procedure was for an abortion. During the ultrasound, the technician verified that I was under 20 weeks, but she didn’t stop there: she said the foetus was healthy, she told me the sex. The message was clear: she didn’t approve of my decision.

In the end, my abortion took three days, and cost Can$450 ($350). The staff were understanding and supportive. They were angry that my boyfriend was ‘too busy’ to come with me. They were angry at the barriers I’d faced. They held me while I cried. I was awake for the procedure. Afterwards, I felt only relief. It was so deep and total that it was like flying. It was like landing. It was like being born.

Roe v. Wade, the 1973 US Supreme Court ruling that protected abortion rights as a medical privacy, was never enough. Even before it fell, barriers to access were growing, and they are worse for marginalised people. Laws are not the only barriers. Cost is a barrier. Distance is a barrier. Stigma is a barrier. Disinformation is a barrier. I am lucky that none of these prevented my abortion; they just made it more invasive, expensive and traumatic.

Rejected and shunned by top teams in Europe, Ronaldo’s manic ego is becoming an eyesore of the beautiful game

Design thinking: A powerful methodology for projects, but NOT thinking about design!