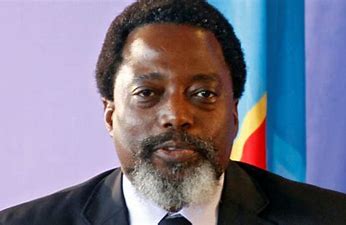 Reports: DR Congo President Tshisekedi ousted by predecessor in a coup after fears of assassination plot

The Democratic Republic of Congo President Félix Antoine Tshisekedi Tshilombo has reportedly been ousted by his predecessor Joseph Kabila following fears the former had hatched a plot to assassinate the latter.

The latest development in DRC’s decades-old political flux and conflicts comes barely two years after Mr Tshisekedi ascended to power on Union for Democracy and Social Progress (UDSP) party, which needed the support of Mr Kabila’s People’s Party for Reconstruction and Democracy (PPRD) to marshal majority in DRC’s 608-member parliament.

Speaking to Tell from Abuja, Nigeria, a source privy to the daylong happenings in the DRC capital, Kinshasa, on Tuesday disclosed that the deputy governor of the Central Bank of Congo had informed him that he had seen a heavy presence of the military on the streets and nearly all radio and television stations had been taken over by the military. The streets were deserted.

“He told me that Kabila had seized control of all radio stations, but his whereabouts were still unknown. It was not also immediately known if Tshisekedi had been arrested or had escaped into exile. What is almost obvious is that there is a change of guard in DRC at the top,” the source, a Kenyan economist based in London, United Kingdom, said.

Reports of a coup in DRC brings to four the number of African countries that have this year alone experienced military takeovers. The others are Guinea (Conakry), Sudan and Mali.

Our Kenyan contact, who is every source to Kabila and his family said the former president was on a programme to deliver a speech in Lagos on Tuesday, December 28, morning on African economies against the backdrop of conflicts and natural disasters. However, by 4pm (17:00GMT), Kabila was still a no-show in Abuja, which prompted the hosts to call Kinshasa to confirm if he had departed.

“Usually, I speak to Kabila through his twin-sister (Jaynet Kabila). But since morning she has not been offline. Kabila’s WhatsApp has also been switched off since yesterday. When I spoke to Jaynet last (on Monday), she expressed fears that her brother might be a target of arrest or assassination if he travelled outside the country.

Reports from Kinshasa say the capital has witnessed an increased presence of Rwandan and Ugandan troops on the streets and al government institutions, especially banks, had not opened since Tuesday morning. The two armies have been in DRC since November helping the central African country to repulse terrorist Islamic States-supported insurgency in the mineral-rich east.

Since Kabila left office in 2019, the relationship between him and Tshisekedi has become frosty leading tensions between their parties that formed a coalition government after the controversial 2019 elections. Tshisekedi needed the support of Kabila to overcome the prospect of a hang parliament.

However, after Kabila handed over power, his successor moved with speed eschew him and reduce his influence in government. The result was an acrimony that precipitated a scheme to start investigations into economic crimes the Kabila family reportedly committed

The Kabila family has vast interest interests in the financial, banking, minerals and telecommunications sectors. The family also retained the loyalty of the military, which hoisted him to power in January 2001 after the assassination of his father Laurent-Desire Kabila. The elder Kabila, with the help of Ugandan Rwandan, Angolan, Zimbabwean and Zambian militaries ousted megalomaniac Mobutu Seseko – at the helm since the 1966 coup – from power through a bush war.

The governor of the Central Bank of Congo, who was also to meet Kabila before the ex-president travelled to Nigeria had also switched off his phone, according to our source.

“The governor was supposed to prepare some paperwork for Kabila before he left ft for Nigeria. After the meeting, we were to travel to Brussels, Belgium, for another business meeting with Kabila. But I cannot reach Kabila and our mutual contacts, including his sister, cannot be reached too. All is not well in Kinshasa,” the source said.

He added, “I was forced to call the deputy governor the central bank who confided that that Tshisekedi may have been overthrown.”

The coup comes four days after an Islamic States attack on a restaurant in Kinshasa killed more than 20 people on December 26.