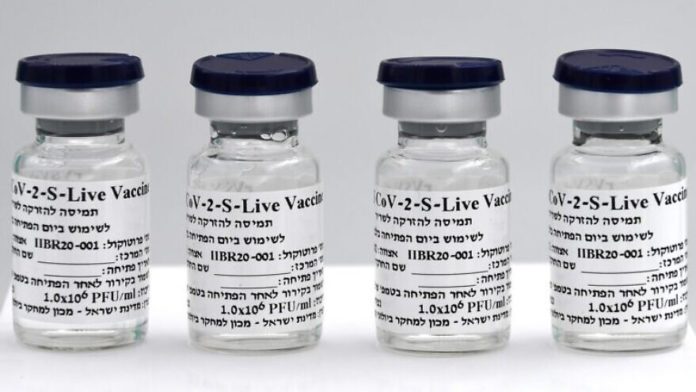 Good news from Israel. Researchers are seeing signs that Covid-19 vaccines are helping to curb infections and hospitalisations among older people, almost six weeks after shots were rolled out in that group.

The country is the first to release data showing vaccines working in such a large group of people, following news two weeks ago that shots seemed to be reducing infections in vaccinated individuals.

Close to 90 per cent of people aged 60 and older in the country have received their first dose of Pfizer’s two-dose vaccine so far. Now, data collected by Israel’s Ministry of Health show that there was a 41 per cent drop in confirmed Covid-19 infections in that age group and a 31 per cent drop in hospitalisations from mid-January to early February.

In comparison, for people aged 59 and younger – of which just more than 30 per cent have been vaccinated – cases dropped by only 12 per cent and hospitalisations by five per cent over the same time. The figures are based on analysis of roughly a quarter of a million Coovid-19 infections.

“What we see here are early and very encouraging signs that the vaccine is working in the population,” says Florian Krammer, a virologist at Icahn School of Medicine at Mount Sinai in New York City.

The drop in case numbers and hospitalisations might not be solely down to vaccines, however. In January, the government imposed a nationwide lockdown in response to the country’s raging epidemic.

But Eran Segal, a computer scientist at the Weizmann Institute of Science in Rehovot, Israel, and his colleagues who have analysed the government data say that vaccines contributed to the declines in cases and hospitalisations of older people because the drops were larger and occurred sooner in that age group than in younger people.

And the difference in case numbers between people older than 60 and younger people was most pronounced in cities where at least 85 per cent of older people had received their first vaccine dose by early January.

Segal and his team did not observe these trends during the national lockdown in September, before vaccines were rolled out. “All of this is telling us that vaccines are really beginning to have an effect on the national numbers,” he says.

But the researchers could not quantify the size of the impact, says Dvir Aran, a biomedical data scientist at Technion Israel Institute of Technology in Haifa. Nor have they been able to calculate the real-world effectiveness of the vaccine, because they did not have data on cases and hospitalizations of vaccinated individuals specifically, he says. Still, that the team was able to “extract information from messy real-world data” to show that vaccines are working is impressive, says Aran

Researchers in Israel had actually expected to see the benefits of vaccinations several weeks earlier, but the distribution coincided with a surge in cases and the arrival of the potentially highly infectious variants B.1.1.7 and 501.V2, which could have cancelled out any potential drop in cases due to the vaccines. “People began to think that maybe the vaccines were not working,” says Aran.

But teasing out whether vaccines are behind the decline in cases – or whether the trend is being driven by changes in people’s behaviour – is very difficult, says Ran Balicer, an epidemiologist at Israel’s largest health-care provider, Clalit Health Services, in Tel Aviv. For example, people who choose to get vaccinated first could also be those who are more cautious.

Aran warns that vaccines should not be seen as a magic bullet. So far, there is no evidence that vaccinated people – about 40 per cent of Israel’s total population – are indirectly protecting unvaccinated people. “You need to vaccinate much more than a third of the population to really see a reduction in transmission,” he says.

A group of researchers in the United Kingdom say they have seen early signs that Pfizer’s vaccines have contributed to a drop in healthcare workers testing positive for the virus. Vaccinated healthcare workers were 53 per cent less likely to test positive for SARS-CoV-2 12 days after their first dose than were unvaccinated workers, says Tim Spector, a genetic epidemiologist at King’s College London, who presented the preliminary results in an online webinar on February 3.

The analysis was based on about 13,000 vaccinated people and about 33,000 unvaccinated people who reported their results using a mobile-phone app. “This is the first sign in real life, outside trials, what the effect is of a single dose,” he said.

Covid’s mental-health toll: How scientists are tracking a surge in depression