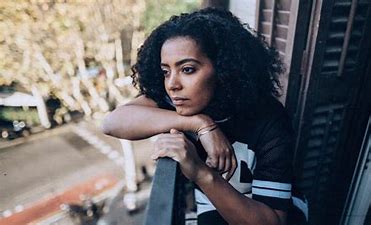 Covid’s mental-health toll: How scientists are tracking a surge in depression

As the Covid-19 pandemic enters its second year, new fast-spreading variants have caused a surge in infections in many countries, and renewed lockdowns. The devastation of the pandemic — millions of deaths, economic strife and unprecedented curbs on social interaction – has already had a marked effect on people’s mental health.

Researchers worldwide are investigating the causes and impacts of this stress and some fear that the deterioration in mental health could linger long after the pandemic has subsided. Ultimately, scientists hope that they can use the mountains of data being collected in studies about mental health to link the impact of particular control measures to changes in people’s well-being and to inform the management of future pandemics.

The data that emerge from these studies will be huge, says sociologist James Nazroo at the University of Manchester, UK. “This is really ambitious science,” he says.

More than 42 per cent of people surveyed by the US Census Bureau in December reported symptoms of anxiety or depression in December, an increase from 11 per cent the previous year. Data from other surveys suggest that the picture is similar worldwide (see ‘COVID’s mental stress’). “I don’t think this is going to go back to baseline anytime soon,” says clinical psychologist Luana Marques, at Harvard Medical School in Boston, Massachusetts, who is monitoring the mental-health impacts of the crisis in US populations and elsewhere.

Major events that have shaken societies, such as the 9/11 terrorist attack in New York, have left some people with psychological distress for years, says Marques. A study1 of more than 36,000 New York residents and rescue workers revealed that more than 14 years after the attack, 14 per cent still had post-traumatic stress disorder and 15 per cent experienced depression — much higher rates than in comparable populations (5 per cent and 8 per cent, respectively).

The distress in the pandemic probably stems from people’s limited social interactions, tensions among families in lockdown together and fear of illness, says psychiatrist Marcella Rietschel at the Central Institute for Mental Health in Mannheim, Germany.

Studies and surveys conducted so far in the pandemic consistently show that young people, rather than older people are most vulnerable to increased psychological distress, perhaps because their need for social interactions are stronger. Data also suggest that young women are more vulnerable than young men, and people with young children, or a previously diagnosed psychiatric disorder, are at particularly high risk for mental-health problems.

“The things that we know predispose people to mental health problems and conditions have been increased as a whole,” says Victor Ugo, a campaign officer who specializes in mental-health policy at United for Global Mental Health, a mental-health advocacy group in London.

Scientists running large, detailed international studies say that they might eventually be able to show how particular COVID-control measures — such as lockdowns or restrictions on social interaction — reduce or exacerbate mental-health stress, and whether some populations, such as minority ethnic groups, are disproportionately affected by certain policies. That could help to inform the response in this pandemic and future ones, say researchers.

“We have a real opportunity, a natural experiment, in how policies in different countries impact people’s mental health,” says epidemiologist Kathleen Merikangas at the US National Institutes of Mental Health in Bethesda, Maryland.

Tackling the psychological impact of the COVID pandemic in a developing country such as India has been particularly tough, says Mythili Hazarika, a clinical psychologist at Guwahati Medical College in Assam, India. Public resources are scarce and awareness of mental-health problems is low, she says.

When the Covid crisis struck, Hazarika launched a telephone counselling service with six emergency helplines lent to her by Assam police. In a preliminary study of 239 callers last April, she and colleagues found that 46 per cent had anxiety, 22 per cent some form of depression and five per cent suicidal thoughts. This was enough to convince the government to act, and, after months of wrangling with officials, Hazarika and her colleagues launched a state-wide remote mental-health service called Monon in June.

They developed guidelines for tele-counselling during a disaster and trained 400 volunteer counsellors. Anyone who tested positive for Covid-19 in Assam received a call from the service. This proactive approach is crucial, says Hazarika, because stigma and lack of awareness mean that few people would think of calling a helpline. “In rural areas, mental illness means you have to go to an asylum and nobody can cure you,” she says.

Easing restrictions means in-person counselling is possible again. But by December the service had called more than 43,000 people and collected preliminary data about mental well-being from roughly half. They found that 9 per cent had anxiety symptoms, four per cent had some form of depression, and more than 12 per cent of people were suffering stress related to COVID-19.

To draw studies together, Daisy Fancourt, a psychoneuroimmunologist at University College London, launched the Wellcome-funded CovidMinds programme, which has assembled around 140 longitudinal studies in more than 70 countries. These recruit large numbers of participants and collect health information at regular intervals.

CovidMinds links scientists in different countries and encourages the use of standardised questionnaires so that outcomes can be directly compared in international collaborations. “This may allow us to compare the psychological response alongside the political response across countries,” she says.

This collection of studies is a mix of existing population cohorts and studies established early in the pandemic. Existing cohorts are advantageous because their compositions tend to reflect that of general population, so their results can be generalized.

And because long-running population cohorts will have data on participants from before the pandemic, they can quantify changes in mental health accurately, says epidemiologist Klaus Berger at the University of Muenster in Germany, who chairs the German National Cohort, one of the world’s largest health cohorts.

But large, established cohorts move relatively slowly and mostly sample infrequently. The newer cohorts lack the baseline of data collected before the pandemic, but many can follow the dynamics of the crisis in a nimbler way.

Fancourt leads one of the largest new studies, the UK Covid-19 Social Study. The study recruited – mostly through social media – more than 72,000 UK adults in the first few weeks of the country’s first lockdown, in March. Participants fill in a weekly 10-minute online questionnaire, which includes questions that identify feelings of anxiety or depression.

“With survey responses coming in at a rate of one every 20 seconds, we get information about how people are responding psychologically and socially to the pandemic in real time and see specifically how it’s changed in response to things like new government measures coming in or lockdown measures being eased,” says Fancourt. For example, she says, the high levels of anxiety and depression the study found in its early weeks reduced during the lockdown, rather than increased as some had anticipated.

“Together, these types of study will tell us how government policies are experienced across different segments of societies and will help us understand how we should manage this pandemic and future pandemics,” says Nazroo, who is participating in the European Union-wide Survey on Health, Ageing and Retirement in Europe cohort and other surveys related to Covid and mental health.

Another study, called the Covid-19 Health Care Workers Study, aims to quantify how health workers, who have faced unprecedented levels of illness and death, have coped. The study is collecting data in 21 countries, including low-income nations in Latin America and Africa where mental-health resources are limited.

“We want to compare across countries to know what is happening that is different,” says Olatunde Ayinde, a research on the study’s Nigerian arm. He thinks that geographical variations are likely to stem from differences in the quality of mental-health services, the availability and types of social care on offer and poverty levels. Many countries in Africa have just a fraction of the mental-health practitioners compared with high-income countries. “We want to know what is responsible for the differences,” says Ayinde.