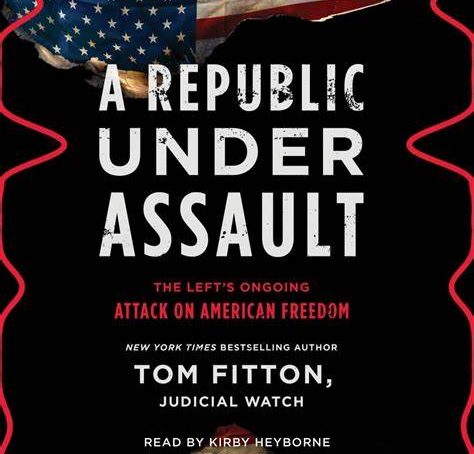 An ISIS terrorist indicted by a federal grand jury for providing material support to the militant Islamist group has been released by federal authorities in Oregon.

Even for the famously liberal west coast it may seem unbelievable, especially since a Republican appointee heads the Department of Justice, the agency that made the bizarre decision.

Mothafar has also been charged with making false statements – denying his terrorist ties—in an immigration application and one count of false statement to a government agency.

Since 2015 up until his arrest just days ago Mothafar conspired with ISIS, according to the nine-page indictment issued this month. He produced and distributed ISIS propaganda and recruiting materials created and edited in coordination with the terrorist group’s official media operatives overseas.

This includes the production, editing and distribution of many publications and articles in a pro-ISIS online media organisation. Among his writings is a piece titled “Effective Stabbing Techniques,” which provides detailed guidance on the best way to kill and maim a target during a knife attack.

Mothafar also published a tutorial in an Arabic publication titled “How Does a Detonator Work,” that explains in detail the use of explosive ignition devices.

The same issue of the Arabic edition includes infographics containing a picture of the Eiffel Tower in Paris and Statute of Liberty in New York on fire with a caption indicating that they will soon be attacked. Another one of Mothafar’s propagandas encourages readers to carry out attacks in their home countries if traveling overseas to fight is not possible.

Most of Mothafar’s work has appeared in a terrorist online media conglomerate known as Al Dura’a al Sunni or Sunni Shield that circulates pro-ISIS propaganda in writing, via videos and graphics. Mothafar also moderated private chat groups for the jihadist media outlet and had regular contact with ISIS leaders overseas, according to federal prosecutors.

Evidently, he served as the tech trouble shooter, providing high-level jihadists with technical support that includes opening social media and electronic mail accounts for official use. A senior ISIS official in custody in Iraq told investigators that it was Mothafar’s job to provide ISIS “new accounts when we needed new accounts as soon as possible,” the indictment states.

In December 2019, Mothafar tried to acquire information involving piloting a drone carrying an object for Saleck Ould Cheikh Mohamedou, an Islamic extremist convicted for trying to assassinate Mohamed Ould Abdel Aziz, the former president of the northwest African nation of Mauritania. Mohamedou is currently incarcerated there for the failed attempt.

While Mothafar was busy furthering terrorist missions in his adopted land, he repeatedly lied in U.S. immigration documents and to federal officials by denying ties to terrorist organizations.

“This defendant is a legal permanent resident of the United States who abandoned the country that took him in and instead pledged allegiance to ISIS and repeatedly and diligently promoted its violent objectives,” said Oregon’s top federal prosecutor, Billy J. Williams, in a statement released by the agency. “Our national security prosecutors and law enforcement partners will continue to ensure that those who threaten our country are prosecuted to the fullest extent of the law.”

The special agent in charge of the Federal Bureau of Investigation in Oregon said Mothafar was a leading figure in the Islamic State’s media network who tried to incite “lone actor” operators globally.

“When it comes to cases like this one, a computer and a keyboard can be powerful weapons against enemies of the Islamic State,” the special agent, Renn Cannon, added.

Mothafar pleaded not guilty during a recent court hearing and is scheduled to be tried early next year. Federal authorities released him to his home in Troutdale, a town of about 16,000 on the eastern edge of Portland, pending trial with restrictions on travel and use of electronic devices. They should have kept him in custody considering the severity of the charges.

They did not because he “has physical disabilities and is confined to a wheelchair,” according to the DOJ, so the government did not seek detention.