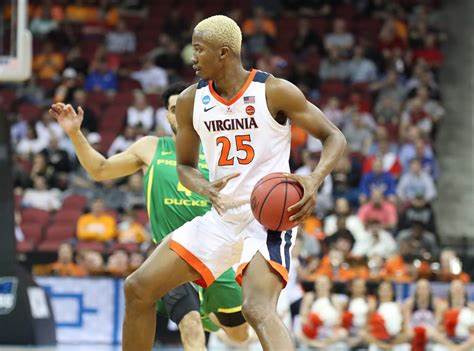 Jaylen Adams spent the majority of the 2019-20 season with the Bucks’ G League affiliate, the Wisconsin Herd, where he was the NBA G League MVP runner up and an All-NBA G League First Team selection after averaging 21.5 points, 5.7 assists, 3.8 rebounds and 1.8 steals over 33 games.

The 6-2 guard also knocked down 48.6 per cent of his shots, including 40.7 per cent of his 3-point attempts, last season with the Herd. After a stellar season in the G League, Adams was signed by the Portland Trail Blazers for the NBA season restart in Orlando where he saw action in three playoff games for the Trail Blazers.

He then signed with the Bucks in August of 2019 and appeared in two preseason games with Milwaukee last season before being waived and signed by the Herd.

Diakite, a 2019-20 All-ACC Second Team and All-ACC Defensive Team selection out of Virginia, averaged a team-high 13.7 points to go along with 6.8 rebounds and 1.3 blocks per game as a senior last season with the Cavaliers.

The 6-9 forward also shot 47.8 per cent from the field and 35.7 per cent from three last season and was a semifinalist for the Naismith Defensive Player of the Year award.

Originally from Guinea, Diakite played in 134 regular season games over four seasons with Virginia and helped the Cavaliers win the 2019 National Championship. He finished his career at Virginia ranked second all-time with 156 blocked shots.