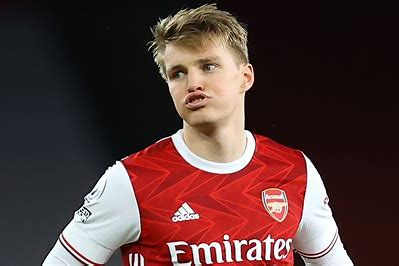 Arsenal are ramping up talks to re-sign Martin Odegaard with Real Madrid prepared to significantly lower their asking price, though they want a buyback clause included in any deal.

Both teams are said be close to completing the €50 million ($59 million) deal for midfielder Martin Odegaard, according to Managing Madrid. The outstanding detail, the paper reports, it agreeing on buy back option.

The paper says Real Madrid wants to include a buyback option and that particular clause is still being discussed and negotiating between the two clubs. Arsenal are very reluctant to include that option in such an expensive deal and it won’t be easy for Madrid to keep an option to buy the player back.

An announcement of the deal could be made as early as Sunday. Odegaard felt like coach Carlo Ancelotti wasn’t going to give him the minutes he felt he deserved and ultimately decided to leave Real Madrid, who accepted Odegaard’s decision.

The Norwegian enjoyed a solid loan spell at the Emirates last season, joining in the January window, but returned to the Bernabeu hoping to force his way into the first team after Carlo Ancelotti replaced Zinedine Zidane.

But the change of manager has not improved Odegaard’s fortunes, with the 23-year-old omitted from the squad list submitted to La Liga and not even handed a shirt number.

Arsenal was always the most likely destination for Odegaard. The playmaker enjoyed his past loan deal in London and felt the trust of coach Mikel Arteta, who not only gave him the minutes but also the role he wanted to play as an attacking midfielder playing behind the striker.

The deal could be made official soon a Odegaard is a priority for Arsenal and their main target in the current transfer window. Real Madrid will publish their squad list for Saturday’s away match against Alaves and it’s not clear if Odegaard will be included or not, given that the player has completed the last training sessions with the squad.

Real are now in talks to sell Odegaard to Arsenal and, according to ABC, they have lowered their initial demands and will now accept an up-front fee of £34 million ($42 million).

As part of that deal, however, Real would want a further £8.5 million ($12 million) easily achievable bonuses and a buyback clause. Arsenal are looking to get the initial fee down closer to a sum of £25 million ($35 million), plus bonuses, and despite the discrepancy in valuation there is confidence from all parties that an agreement will be found.

According to ABC’s report, Odegaard is already planning for life back at Arsenal and is eager to be reunited with Mikel Arteta.

The Gunners received a fee of £22 million ($30.5 million) for Joe Willock just a few days ago and that is likely to be reinvested into the Odegaard deal, though further sales may be needed.

Although Arsenal had been linked with a £60 million ($83 million) move for James Maddison, Odegaard has always been their first choice and even at Real’s £34 million ($42 million) asking price the deal represents much better value for money than the Leicester City man.