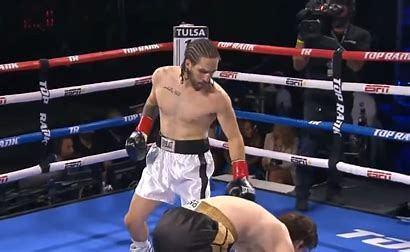 Nico Ali Walsh, the grandson of Muhammad Ali, has won his first professional boxing fight after a first-round stoppage in Oklahoma, USA.

Ali Walsh, who wore trunks made for his legendary grandfather, claimed victory against Jordan Weeks just one minute and 49 seconds into the first round.

The 21-year-old is promoted by his Ali’s former advocate Bob Arum, and looked at home during his debut fight as he landed a barrage of punches on his opponent. Ali Walsh paid tribute to Ali, who died in 2016 aged 74, after the victory.

“Obviously my grandfather, I’ve been thinking of him so much. I miss him. It’s been an emotional journey,” he said. I think me and him (Weeks) made a little bit of history tonight. This lived up completely to my expectations.

The young boxer is hoping to follow in his grandfather’s footsteps into professional boxing, describing Ali as “the greatest fighter who lived.”

“It seems like a lot of pressure; to me, it’s just my grandfather. He’s the greatest fighter who ever lived – maybe the greatest person,” he added.