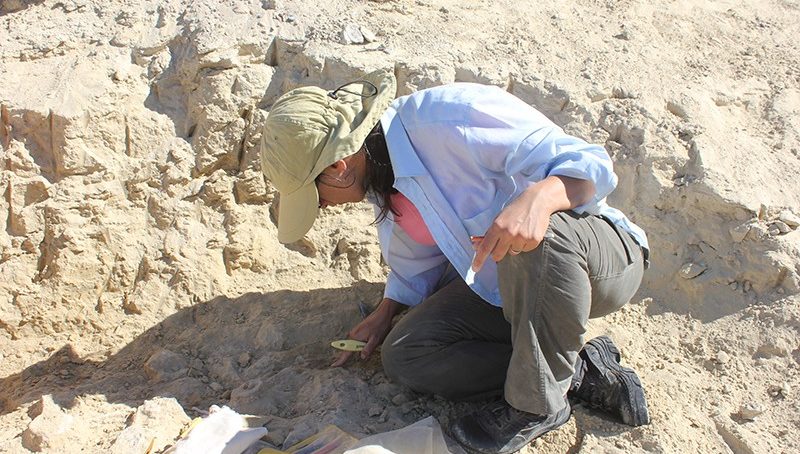 As female researchers from Latin American countries (one of us now works in the United States, the other in Argentina), we’re used to career obstacles. These range from limited funding to language barriers and the ‘tax’, in terms of time and emotional energy, incurred when under-represented groups in science participate in diversity initiatives.

These barriers knit together to create problems beyond the obvious.

The current focus on diversity, equity and inclusion in science is welcome, but efforts to combat biases can lack nuance. Researchers from under-represented communities often experience the intersection of sexism, racism and colonialism. In other words, the career barriers we face have a cumulative effect.

Our academic journeys illustrate these obstacles. Many of these multidimensional and intersectional barriers are also encountered by other early-career researchers from Latin America, especially women and scientists who are LGBTQIA+, people of marginalised sexual orientations and gender identities.

Latin American countries invest significantly less in science, technology, engineering and mathematics (STEM) than do high-income countries, so the continent’s researchers have less access to grant opportunities and smaller budgets than they might elsewhere.

This has an impact on performance in the laboratory and in the field, affecting not only the scope of the research we can do, but also limiting our attendance at international conferences, which are important opportunities for networking and creating collaborations.

For both of us, the first international meetings we attended, after securing funding from the conference, became a pivotal step in our academic journey, allowing us to meet people who became mentors and long-term collaborators.

In addition, we must deal with the invisible burden of the visa application. For researchers from countries without ‘passport privileges’, attending international conferences in the global north means coping with endless paperwork that can be more time-consuming and emotionally overwhelming than overcoming the financial constraints.

Visa applications can be especially difficult considering that acceptance of an abstract for a paper or poster can be slow. And there is no guarantee that the application will be approved, or that a visa-holder will actually be granted entry when they arrive at their destination.

The two of us have had similar experiences with visa applications. We have been asked awkward questions, such as whether we have any intention of carrying out illicit activities, and been asked to disclose private information about our family members, personal health, social-media accounts and financial situation, ultimately to prove that we are not trying to emigrate from our own countries.

Even when you overcome these issues, the reduced exposure to meetings outside Latin America can result in feelings of unfamiliarity and discomfort when international networking and mentoring opportunities do materialise.

These events are full of hidden or unwritten norms, ranging from dress codes (what does ‘business casual’ even mean?) to how to navigate social events and pitch yourself and your work to colleagues or potential mentors. These difficulties are exacerbated by language differences, which can reduce international conferences to stressful rather than an enriching experiences.

They create the feeling that we don’t belong, despite the expectation that Latin American researchers have to ‘perform’ at the same level as everyone else.

Shifting to virtual conferences during the Covid-19 pandemic has alleviated some of these issues. More Latin American researchers, including ourselves, have been able to attend and present their work at international conferences, and even to organise them. In fact, we co-organised a round table on diversity, equity and inclusion in science as part of one meeting on marine tetrapods (four-legged vertebrates), earlier this year.

However, many international conferences are still expensive (the exchange rate from dollars or euros to Latin American currencies is often unfavourable). The combination of cost and all the obstacles mentioned earlier fuels the idea across the academic community that we, Latin American researchers, are passive spectators rather than active contributors in science.

Access to literature is usually taken for granted, but most Latin American academic and research institutions can’t cover the exorbitant costs of open-access agreements with the largest academic publishers.

Journal paywalls exacerbate disparities between Latin American researchers and colleagues in the global north. Links between north and south are already weak because of the funding issues highlighted above, and become weaker still when researchers are not able to read each other’s papers.

Often, the only way to access published literature is with the help of collaborators at foreign academic institutions, or through social media platforms. For example, we are both members of Facebook groups devoted to sharing papers among Latin American colleagues. Without this international social-media community, we might not have been able to complete our research.

Latin American researchers and others from non-English-speaking countries are expected to publish in English, the standard language of science (even in this piece). Yet, it is usually not taught in many schools in our region.

Many Latin American researchers cannot access English courses until they have paid positions, which, in turn, are difficult to get without a solid record of scientific publications in English, creating a chicken-and-egg situation.

During the peer-review process, editors and reviewers often make negative comments about language and request revisions by people whose first language is English. But these requests usually don’t consider the corrections already made by co-authors from English-speaking countries before submission.

This compounds the impression that manuscripts with lead authors from non-English-speaking countries are somehow less professional. Moreover, paying for professional translation and editorial services imposes an extra financial burden on Latin American authors.

In our countries, these services can cost the equivalent of one month’s rent, making them inaccessible. Therefore, free online translation tools, combined with the generous help of non-academic friends as well as colleagues, and countless hours of self-proofreading and editing are key to overcoming this barrier and publishing our work in English.

Studies show that conscious and unconscious gender biases are still prevalent in peer review3. Manuscripts authored by women are more frequently rejected and less likely to be published compared with those by men4, perpetuating a cycle of invisibility: one in which papers get rejected, resulting in fewer future scientific opportunities, and thus in fewer papers and perhaps more rejections in the long term.

Even when female researchers overcome these obstacles and finally publish in peer-reviewed journals, an additional barrier exists: the lack of peer recognition, including lower citation rates.

More citations means being considered more often to present work at conferences and having increased opportunities for networking, cementing the path to academic success. Contributions by women are seen as less relevant than those by male scientists, resulting in fewer citations overall, reinforcing the ‘invisibilisation’ of female researchers.

When we think about the most cited or published authors, frequent guest speakers at conferences, or most internationally distinguished scientists in our own research fields, how many Latin American female researchers come to our mind?

(Un)surprisingly, nearly none. If we ask you to do the same exercise, you will probably achieve the same result. This is not explained by a lack of Latin American female researchers, but rather, by the consequences of the intersecting barriers discussed above.

There is no straightforward solution to these intersectional issues. However, we suggest some starting points:

• First and foremost, listen with empathy whenever Latin American researchers – particularly women and other under-served scientists – talk about the challenges they experience.

• Use whatever platform you might have to amplify and recognize their research.

• Journals editors and reviewers should be more aware of accessibility barriers, and that English might not be an author’s first language.

• When writing a paper, reflect on how representative the papers you cite are. Include articles led by colleagues from different gender identities and geographical areas, thus increasing the diversity of research cited and discussed. A similar strategy can be applied when suggesting reviewers.

• Ultimately, don’t forget that many Latin American researchers are starting their academic careers from an unequal position; the only way to level the playing field is if we all, as a community, take actions to dismantle these barriers.