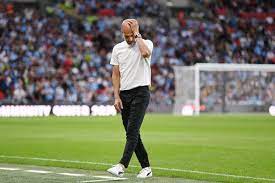 Trevor Sinclair has urged Manchester City to sign Harry Kane as soon as possible as it could have huge consequences for the start of the new Premier League season.

Pep Guardiola’s side won the title with ease last season and are many people’s favourites to win it again this term, but Sinclair fears a challenge from Chelsea after sealing a stunning transfer of their own.

They’ve strengthened with the British record £100 million ($139 million) signing of Jack Grealish and reports claim club chiefs remain keen on bringing in England captain Kane, too, and for an even bigger fee.

But Spurs chairman Daniel Levy is a tough nut to crack and he will not allow his star player and top asset to leave for anything less than his asking price – rumoured to be around £150 million ($208 million) or even £160 million ($222 million).

Whether City can spend that much is a topic of debate. Many argue it can still happen, considering there are a number of players said to be on the ‘for sale’ list at the Etihad Stadium.

Someone who shares that opinion is former City ace Sinclair, who is confident a deal to land Kane will happen before the transfer window closes.

Guardiola has already forked out £100 million ($139 million) to land Grealish this summer, can the club afford to spend even more on Kane in the same window?

But the ex-midfielder has urged his old club to get the business done soon, claiming the champions are not ready to defend their crown until they sign the striker.

And that’s because he is worried about the strength of Chelsea after they completed the re-signing of Romelu Lukaku on Monday.

“I think it’s going to be difficult,” Sinclair predicted. “The reason why I’m more inclined to say it’s going to go through is because it looks like Spurs are getting closer to [Lautaro] Martinez.

“It will be a little bit like what Villa did before they let Jack Grealish go. They signed [Emi] Buendia and [Leon] Bailey. With Lukaku at Chelsea, I make them favourites. I saw the games between the two sides at the end of last season and apart from the league game Chelsea were better. Man City didn’t have the answers.

“Look at the problems that City have potentially got. There are players coming back from the Euros which can take a few months when you’ve gone deep into a tournament.

“If you look at Kevin De Bruyne and his problems with his ankle ligaments, Foden has got a boot on, so they are looking stretched at the moment. “If they don’t get Kane in I feel they’ll have a struggle getting the season off to a good start.”