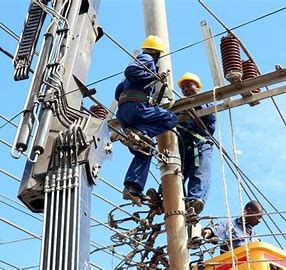 Power and the glory: How the rich and powerful use politics to feed on miseries of poor, helpless Kenyans

I have spent a whole week investigating the rot in Kenya’s power sector. It has been a draining and sickening experience. As I conclude this exposé, I want to remind you of the following issues that we have discovered and discussed.

Some of the IPPs producing dirty and expensive thermal power are operated by companies owned by European governments namely the UK (Tsavo Power), Netherlands (Rabai Power) and Norway (Rabai Power). These countries talk about climate change in Europe while producing dirty power in Kenya. Some of the IPPs such as OrPower and Thika Power are registered in corrupt tax havens namely Cayman Islands and British Virgin Islands respectively.

The installed power production capacity of KenGen + Clean IPP power totals 2,511 megawatts against a demand of 2,311 MW (inclusive of 20 per cent reserve margin). This means that the country does not need expensive dirty thermal power. More clean power amounting to 180MW will be added to the grid by the end of this year.

How can the country be paying Ksh47.5 billion each year for unused power? This is one of the main factors behind the high cost of power in the country. For instance, in 2020 Kenya Power paid an average of Ksh8.20 to power producers out of this Ksh3.49 was cost of power bought while Ksh4.71 was for capacity charges.

The Presidential Taskforce on Review of Power Purchase Agreements was just a ploy at hoodwinking the public and it will not achieve much. For example, it recommends reduction of power cost from Ksh24 per unit to Ksh16 per unit yet before its formation we were buying power at Ksh16 per unit.

In fact, Kenya Power has been selling power at an average of Ksh16 per unit for many years as indicated in its annual report 2020. If the taskforce were serious, they would have provided options for termination of all thermal power IPPs.

The Lake Turkana Wind Power (LTWP) project defrauded us of Ksh18.5 billion disguised as compensation for delays in construction of transmission lines to evacuate power from its wind power plant. The Auditor General says the company recruited the contractor of the power lines and therefore it cashed in on a failure of its own making.

The Auditor General further says that the company contravened provisions of the Public Procurement and Disposal Act.

The owners of LTWP include the governments of Finland, Denmark and Norway. These are the same people always talking about corruption while defrauding a poor country like Kenya.

The economic burden imposed on Kenyans by IPPs is extremely high and unjustifiable. IPPs have signed PPAs with Kenya Power, which shield them from all risks and which burden the power users with their costs such as cost of fuel used in power production.

There is no justification why an IPP should be paid for power sold to Kenya Power and then compensated for fuel used in producing the same power. This is a double payment and pure theft. This is immoral unjust enrichment which must be challenged in court.

Even the clean power IPPs are still causing the country a lot of economic losses. They are producing power using local natural resources like geothermal and wind yet they are paid in foreign currencies. In essence, we are importing wind and geothermal resources located in our own country. We are being penalised even for inflation happening in the US and the EU. This is madness.

10. The claims that the cost of terminating IPPs would be too high must be interrogated and weighed against the cost of not terminating these contracts. This can only be done by quantifying the actual cost of such a termination insisted of mere fearmongering that it would be too high without providing any figures. It is also not true to say that we are helpless and cannot exit these contracts. Many options exist including expropriation with or without compensation.

In conclusion, our power sector has become a playing field for international crooks. This must be stopped. We need to move our courts to stop this theft of public resources. It is time once again to decide whether to die on our feet or to forever live on our knees.

Every one of us can play a role, however, small. This conversation must not be allowed to die. These revelations must not be in vain. Something must give.