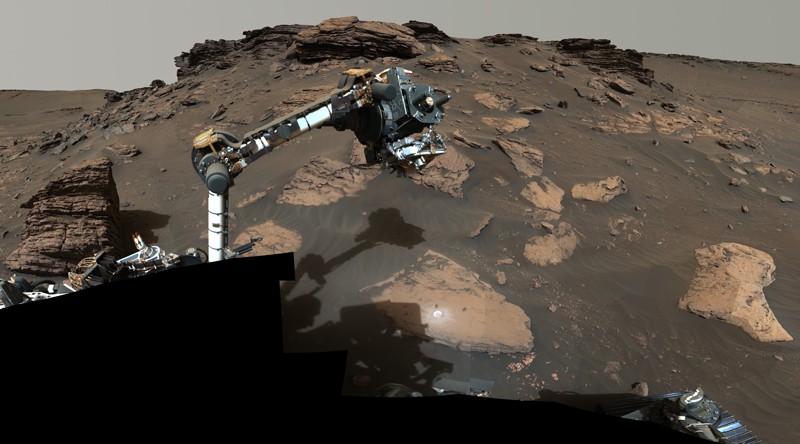 Perseverance Rover drills sedimentary rocks on dead lakebed on Mars, cores to come to Earth in 2033

Since July, NASA’s Perseverance rover has drilled and collected four slim cores of sedimentary rock, formed in what was once a lake on Mars. They are the first of this type of rock to be gathered on another world — and scientists are excited because at least two of the cores probably contain organic compounds.

On Earth, organics, which are carbon-containing molecules, are often associated with living things, although they can be formed without the involvement of organisms.

Adding to the buzz over the rock samples, Perseverance collected them from an ancient delta in Mars’s Jezero Crater, where a river once deposited layers of sediment – and possibly other matter. River deltas on Earth often teem with living organisms. If life ever existed in Jezero, these cores are probably NASA’s best chance of finding it.

Having the cores is “fantastic”, if scientists ever hope to answer that question, says Tanja Bosak, a geobiologist at the Massachusetts Institute of Technology in Cambridge.

In the coming years, NASA and the European Space Agency plan to send other spacecraft to Jezero to pick up the cores that Perseverance has collected and bring them back to Earth, where scientists will analyse them with advanced laboratory techniques. The samples, which are expected to arrive no earlier than 2033, will be the first ever returned from Mars.

“To undertake the challenge and the expense of a Mars sample-return mission, we need a great suite of rocks to bring back,” Laurie Leshin, director of the Jet Propulsion Laboratory in Pasadena, California, said at a press briefing on September 15. “We are off to a great start.”

Perseverance landed in the 45-kilometre-wide Jezero Crater in February 2021. Its main goal is to look for signs of past life, and its prime destination is the 3.5-billion-year-old river delta, where sediments long ago turned into rock.

Perseverance spent more than a year making its way to the delta to do its main studies. After landing farther away from the delta than scientists had hoped, it drove around Jezero’s floor, where it surprisingly found ‘igneous’ rocks formed directly from molten magma, or from volcanic activity. Scientists expected the crater floor, once the bottom of a lake, to contain sedimentary rock.

It wasn’t until April 2022, when Perseverance finally arrived at the delta, that scientists found what they had been looking for. In the past few months, the rover has collected two pairs of cores from different types of sedimentary rock that make up the edge of the delta.

One pair comes from a rock outcrop known as Skinner Ridge, which is made of fine-grained sandstone similar to a type of rock seen in many places on Earth. Viewed up close in Perseverance’s sampling tubes, the Skinner Ridge cores appear light-coloured and studded with round grains of dark material. These darker grains were probably carried by the ancient river that once flowed into Jezero from regions that lie perhaps hundreds of kilometres away. So, studying the grains might tell scientists about the history of far-flung areas of Mars.

The other recently collected pair of cores comes from a spot called Wildcat Ridge, which lies just 20 metres from Skinner Ridge. These samples are lighter in colour, and are more homogeneous. They seem to be a mudstone – even more fine-grained than the Skinner Ridge cores. The finer the grains in a rock, the more likely it is to contain evidence of past life. On Earth, small grains tend to settle out in low-energy environments such as the bottom of a pond, where they can preserve decaying organisms or other signs of life that settle there.

Wildcat Ridge is also where scientists spotted the organic molecules. Next to the sites from which Perseverance drilled its two cores, the rover ground a 5-centimetre-wide circle into the rock to expose its interior texture. The rover then stretched out its robotic arm and inspected the mineralogy of the rock.

It turned out to be richer in organics than any spot studied by Perseverance so far, said Sunanda Sharma, a planetary scientist at the Jet Propulsion Laboratory. And the organics seem to be most concentrated in spots that are also rich in sulfate minerals, which can harbour signs of life. This suggests that organics and sulfate minerals were concentrated as the lake that once filled Jezero was evaporating, Sharma said.

Perseverance has already moved on to another area, known as Enchanted Lake, that it had previously explored. There it will work to collect another pair of samples of fine-grained rock, as well as some of the material lying around on the Martian surface.

Sometime before the end of the year, it will probably place six or more core samples on the ground, where they will serve as a first collection of rocks that could be picked up in the future. Perseverance will keep the rest of its tubes on board – some filled and some empty – and continue exploring Jezero. Ultimately, it will roll up on top of the delta and then continue out of the crater, onto the ancient terrain beyond.

Perseverance’s sidekick, the miniature helicopter Ingenuity, has lasted much longer than its designers ever thought it would. It recently made its 31st flight, having been designed for only five. Ingenuity has been flying along with the rover, helping it to scout paths forwards.