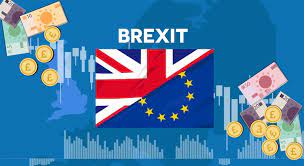 It has been just over a year since UK scientists celebrated a long-awaited trade deal between their government and the European Commission that defines their relationship after Brexit. After years of uncertainty, researchers welcomed the pact, which had wide ranging effects on science, including on data regulation, nuclear and space research and clinical trials.

It also promised to pave the way for a formal partnership between the United Kingdom and the Commission that would allow British researchers to bid for funding from the Commission’s flagship €95 billion ($107 billion) research programme, Horizon Europe, which started doling out money last month.

But the two sides have yet to ratify the final agreement because of a row over a customs border between Great Britain and the island of Ireland. As a result, the UK government has deployed its safety-net funding guarantee to underwrite successful bids by UK scientists for Horizon Europe funding in the programme’s early stages.

“We’re starting to become very concerned about the situation,” says Jo Burton, a policy manager at the Russell Group, a consortium of top UK research universities, with headquarters in Cambridge.

Research-policy scholars say that the Commission is holding science “hostage” to achieve its wider political aims, and urge for progress in talks before patience in the United Kingdom wears out and the government abandons plans to associate, instead creating its own equivalent funder.

UK research was thrown into turmoil in the wake of the country’s vote to leave the European Union in 2016. The uncertainty over the future UK-EU relationship left many UK-based scientists in limbo, unsure whether workers and research funding would continue to flow freely between the two entities.

Much of the confusion around immigration has been resolved: EU researchers working in the United Kingdom have opted to either leave the country or apply for permission to stay. The UK government also established new visa routes for scientists.

The eleventh-hour trade deal struck between Britain and the EU in January 2021 paved the way for Britain to ‘associate’ with Horizon Europe as a non-member state. It came as a huge relief to scientists, who finally had clarity that they would, in principle, be able to apply for funding from the bloc’s multibillion pot for research and development.

But the process has been held up by political negotiations. Late last year, the Commission’s research head Mariya Gabriel said that an association deal would not be inked until the EU’s disputes with Britain are resolved.

Those tensions centre on the Northern Ireland Protocol, a Brexit agreement between the two parties designed to prevent any checks on goods crossing the border between the Republic of Ireland, which remains in the EU, and Northern Ireland, part of the United Kingdom. The aim of the arrangement is to protect a historic treaty that ended years of political and religious violence on the island.

Without an association deal, scientists based in the United Kingdom will be locked out of Horizon Europe. Historically, UK scientists have had huge success securing funding from the European Commission, consistently ranking among the top beneficiaries.

Already, the Commission’s flagship blue-skies research agency, the European Research Council (ERC), has announced the winners of the first raft grants as part of Horizon Europe. The 46 successful scientists at UK institutions face an anxious wait to see whether they will be part of the programme — one of the most prestigious early-career schemes in the world — or if they will continue to rely on funds provided by the UK government.

“Association is being held hostage to the bigger political impasse of the Northern Ireland protocol,” says Martin Smith, head of the policy lab at Wellcome, the London-based biomedical funder. Despite both sides’ desire to reach an agreement, the impasse will be resolved only when they come to an agreement on Northern Ireland or if the Commission decides to separate the issue from the Horizon Europe deal, he says. “Patience is wearing thin.”

Other countries’ experiences of negotiating association deals suggest that the latter scenario is unlikely. Talks between the Commission and Switzerland, a non-EU country that has previously been an associate member of EU research programmes, have not yet begun because the two are divided over political issues – so scientists there can only bid for EU funding in certain schemes, which exclude ERC grants.

And in 2014, a row over a Swiss referendum on immigration hampered the agreement that allowed researchers in the country access to the previous EU research programme, Horizon 2020. Swiss scientists were effectively locked out for the first six months and were allowed to participate in the full programme only when the Swiss government changed their immigration policy.

The stalling negotiations mean that the UK government has made contingency plans so that researchers will still be able to access funding in the event of a deadlock. As early as 2019, the government began drawing up plans to create its own version of the European funding scheme in the event of a no-deal Brexit.

And last year’s research budget earmarked £2 billion per year to either cover the costs of associating with Horizon Europe or to create domestic alternatives.

“We have been getting increasingly nervous and that has reached a critical point,” says Vivienne Stern, who leads Universities UK International in London, which represents institutions in the UK. The risk is that, despite their best intentions, British politicians might run out of patience with the EU and shun association in favour of domestic funding programmes.

It is not only the availability of EU research funding that hangs in the balance while talks are in deadlock. Britain’s ability to take part in other joint science programmes, such as the European Atomic Energy Committee and Earth-observation programme Copernicus are tied to whether it associates with Horizon Europe.

Currently, temporary workarounds are in place to ensure that the United Kingdom continues to participate in most of these programmes, including using domestic funding and participating in different ways. But researchers do not have any power to make decisions about the projects, including EUROfusion, a large EU consortium researching fusion energy.

In June last year, the EU ruled that the United Kingdom’s data-protection regulations were adequate. This means that data, including those from clinical trials, are able to flow between research collaborators as they did before Brexit.

The EU will review the regulations on a regular basis, and UK data policies might change in the future. “This is one of those things that is never going to go away,” Smith says.