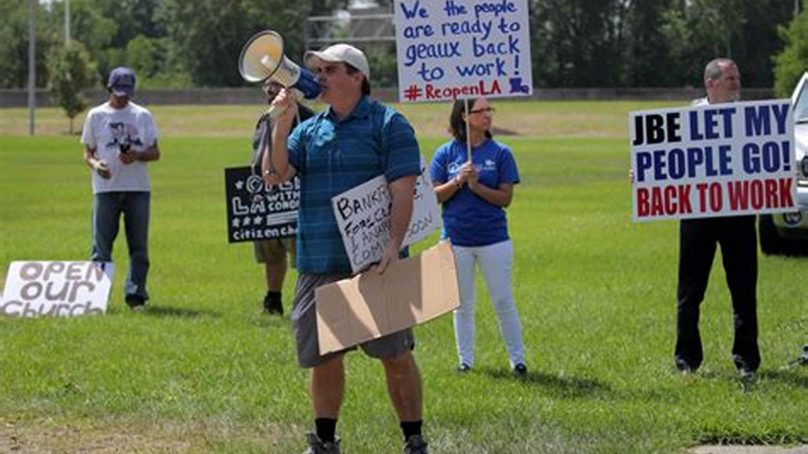 Some of the countries that have been most successful at keeping Covid-19 at bay are now seeking ways to gingerly lower the barriers that protect them while minimising the risk that the disease will become endemic.

China, Australia, New Zealand, Singapore and Taiwan all closed their borders last year and forced the few people allowed to enter into strict hotel quarantines. Internally, they quashed outbreaks early, using lockdowns and other restrictions. As a result, residents could live near-normal lifestyles most of the time.

Countries with this “zero Covid” strategy, as it has been dubbed – scientists prefer the term “elimination” – “have generally fared better than countries that opt for mitigation,” Miquel Oliu-Barton, of Paris Dauphine University, and co-authors wrote in a June paper in The Lancet.

They found the elimination cohort had lower per capita death rates, shorter and less strict lockdowns, and faster economic recoveries than the mitigation camp, including the United States and Europe, which have used vaccines and other measures to try to blunt massive waves of infection.

But the spread of the highly infectious Delta variant, the economic burden of closed borders, lockdown fatigue, and increasing vaccine availability are changing the equation.

“In the long term [zero Covid] is not really economically sustainable,” says Ben Cowling, an epidemiologist at the University of Hong Kong (HKU). “Countries are going to need to test out different approaches to find the right balance between infection prevention and control and normalising societal activities,” adds epidemiologist Keiji Fukuda, also at HKU.

Australia and New Zealand, which once had similar strategies, are now sharply diverging as they seek that balance.

Australia is in the midst of a severe Delta-driven outbreak, with close to 2,000 new cases daily that started with a single infection in Sydney, in the state of New South Wales, in mid-June. Nationwide elimination is no longer an option, says Ivo Mueller, an infectious disease epidemiologist at the Walter and Eliza Hall Institute of Medical Research in Parkville, Australia.

“The Delta variant is sufficiently entrenched in New South Wales and Victoria that you won’t get that to zero,” he says. Meanwhile, lockdowns and other restrictions that affect roughly half of the country’s population of 25 million have led to large and sometimes violent demonstrations.

On August 6, the Australian government approved a national Covid-19 transition plan that abandons the elimination strategy. It is backed by a modelling study from the Peter Doherty Institute for Infection and Immunity at the University of Melbourne showing that restrictions can be gradually relaxed without overburdening the healthcare system once 70 per cent of the population is fully vaccinated. (The current rate is 60 per cent.) More freedoms are possible when the 80 per cent benchmark is reached.

Australia’s eight states and territories will control how the plan is implemented. On September 9, New South Wales, particularly keen to open up, released a “roadmap to freedom” presenting some details.

When the state reaches the 70 per cent vaccination rate, stay-at-home orders will be lifted for all those who’ve received two doses, but mandatory face masks in indoor public spaces and restrictions on large gatherings will remain for now. In an example of what Emma Miller, an epidemiologist at Flinders University, calls Australia’s “fractious approach,” some other states will keep in place such elimination measures as barring visitors from other regions.

Miller also sees a deeper issue: Australians will have to accept an increase in severe cases and deaths. “Some consensus on what sort of numbers the community will accept is really required here,” she says.

New Zealand, in contrast, is sticking with its elimination strategy, which has been more successful than Australia’s. The country has taken a “rapid, decisive approach” in “applying maximum lockdown measures as soon as it detects unexplained cases of Covid-19,” says Michael Baker, a public health scientist at the University of Otago, Wellington.

It appears to be on the cusp of containing its latest Covid-19 outbreak, which began on August 17and triggered a nationwide lockdown. Daily infections reached 84 on August 28 and again on September 2, but have trended downward since.

“The country’s elimination status will be regained in coming weeks,” predicts Nick Wilson, a public health scientist at Otago. Despite the painful lockdowns, the zero Covid strategy remains popular, he says.

Last month, an advisory panel said staying the course is “the best option at this stage of the pandemic.” Increasing vaccination coverage and improved contact tracing could allow some of the strictest controls to be relaxed, however. Currently, about 35 per cent of New Zealanders over age 12 are fully vaccinated, but Wilson expects 80 per cent to 90 per cent coverage by the end of the year.

That level could set the stage for allowing vaccinated individuals entering the country to skip the now-mandated quarantine sometime in 2022, the panel suggests, if they agree to such conditions as repeated testing and tracking. Because vaccinated people can still be infected with SARS-CoV-2, it is “inevitable that people carrying the virus will enter New Zealand on a regular basis,” causing “some community transmission,” the panel said. But stamping out resulting outbreaks should be feasible.

Other elimination countries fall between these two poles. China has not announced plans to change its strategy and “may well decide to continue with Covid elimination,” Cowling says. The country followed its strict elimination playbook to gain control of a Delta variant outbreak that started in late July in Nanjing and popped up in a number of other cities; daily cases had dropped from nearly 150 to zero by early September. But Delta infections reappeared: Southeast Fujian province reported 59 locally acquired cases on September 13.

Taiwan’s zero Covid strategy was tested in May, when the island saw cases spike to more than 700 daily, but has proved to be robust; this week, there were fewer than 10 daily cases on average. Still, some are calling for Taiwan to relax its stringent entry restrictions and prepare the island for “limited endemicity,” says Lin Hsien-Ho, an epidemiologist at National Taiwan University. Daily case numbers would likely have to remain in the double digits for the public to accept those changes, he says: Having had so little Covid-19 for so long, Taiwan “has high expectations that there will be very few cases.”

Singapore, meanwhile, is cautiously relaxing border controls. Starting 8 September, it began to allow immunised travellers from Brunei and Germany to enter without quarantining, on a reciprocal basis, as a trial step. But expansion of this scheme may be put on hold because the city-state is in the midst of its worst outbreak in more than a year, with 450-plus cases reported on 9 September, despite nearly 80 per cent of residents being fully vaccinated.

For all these countries, edging out of their Covid-19 bubble is a momentous decision. Elimination has helped minimize the public health and economic impacts of the pandemic and bought countries time to await the development and testing of vaccines and drugs. Abandoning zero Covid, on the other hand, is almost certainly a one-way street. In New Zealand, Baker says, “One of the main benefits of the elimination strategy is that it keeps … options open.”

As cows learn and get used to using toilets, some 670m humans still practise open defecation