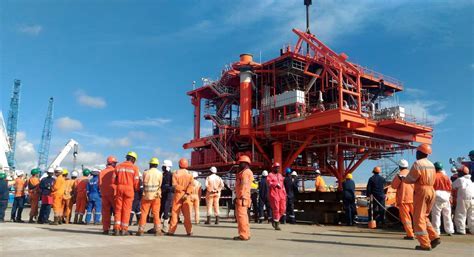 In May, Didier Budimbu, Congo’s minister of hydrocarbons, said the country, which currently produces about 25,000 barrels of oil a day, has the potential to produce up to one million barrels.

At current prices that’s the equivalent of $32 billion a year, which more than half of Congo’s GDP.

Tosi Mpanu Mpanu, the nation’s lead representative on climate issues and an advisor to the minister of hydrocarbons, pointed to the Amazon as an example of how nations with natural resources must act if richer nations would not compensate them.

In 2007, Rafael Correa, Ecuador’s president at the time, set up a trust fund that the international community could finance to stop the country from exploring an oil block in the Yasuní National Park, one of the most biodiverse regions in the world.

The goal was to raise around $3.6 billion. Years later, it had only raised $13 million. So, in 2013, the government decided to allow oil exploration. Drilling began three years later.

“We’re not into threats,” Mpanu said, dismissing the notion that Congo’s auction was merely an attempt to scare countries into offering more financial assistance. “We have a very humble attitude. We have a sovereign right to go ahead.”

But scientists say going ahead could destroy precious rainforests and peatlands, which provide one of the last lines of defense for a planet struggling to limit rising temperatures.

Seismic surveys to identify oil deposits would entail long trails being cut through the rainforest and explosive charges being set off. Waste from the oil production process, which contains salt and heavy metals, could upset the salt balance of the entire Congo Basin ecosystem, as it has in the Amazon.

Road construction, necessary for the oil industry, would open up vast areas of sparsely populated rainforest to human habitation, leading to increased logging.

It would likely also drain and dehydrate peatlands, peat experts said, ultimately leading to their decomposition and the release of the carbon they trap.

If this happened, said Susan Page, a physical geography professor at the University of Leicester in Britain, the huge amount of carbon very rapidly released “could be a type of tipping point, effectively, for global climate.”

Mpanu asserted that drilling could be “surgical” and that companies could find a way to drill diagonally to avoid touching the peat. He insisted that any action would be in keeping with global climate commitments and would come after extensive environmental impact reviews and studies of how local populations would be affected.

A Greenpeace team recently consulted people living inside the proposed oil blocks and said inhabitants were opposed to drilling and would launch protests, according to Wabiwa.

Rather than alleviating poverty, she said, the sale of oil blocks would make a lot of money for a few people.

Budimbu, Congo’s hydrocarbons minister, has consulted some of Africa’s biggest oil producers, like Angola, Nigeria and Equatorial Guinea, “so that the DRC can take the same path,” according to a recent release on the ministry’s website.

But if Congo were to follow in their footsteps, it could mean a fate some call the “resource curse,” in which citizens don’t benefit from their country’s natural wealth and economic development remains anaemic.

In Nigeria, oil is the mainstay of the economy but its production has also led to devastating spills and widening inequality. In Equatorial Guinea, the majority of the population lives below the poverty line and reaps no benefit from the country’s vast oil wealth.

The decision to allow more exploration was carefully considered, government officials said, though it appeared to be the subject of some internal debate.

In March, Ève Bazaiba, Congo’s minister of environment, said that officials were mulling going ahead. “Should we protect peatland because it’s a carbon sink or should we dig for oil for our economy?” she said. Last week she indicated a willingness to back down on the auction.

“If we have an alternative to the oil exploitation, we’ll keep them,” she said, speaking of the peatland.

But Mpanu said Congo already has paid its climate dues. It allows the mining of minerals and metals such as cobalt and lithium that are key to the renewable energy industry and it plans to develop hydropower.

“We are part of the solution, but the solution also includes us making use of our oil resources,” he said.

He said the nation could seek to protect other land to offset what would be lost by drilling in places like Virunga, and noted that it would be up to oil companies to decide whether they would drill inside the park boundaries.

“If we lose 10 hectares we could now protect 20,” he said. “Sure, it won’t have the same biodiversity and fauna, but the country has that right.”

Asked what oil company, in an era where consumer awareness is higher than ever, would consider drilling in a protected gorilla habitat, Mpanu did not hesitate.

After public rejection by Europe’s top clubs, Ronaldo’s value is eroded and will now remain at Man United