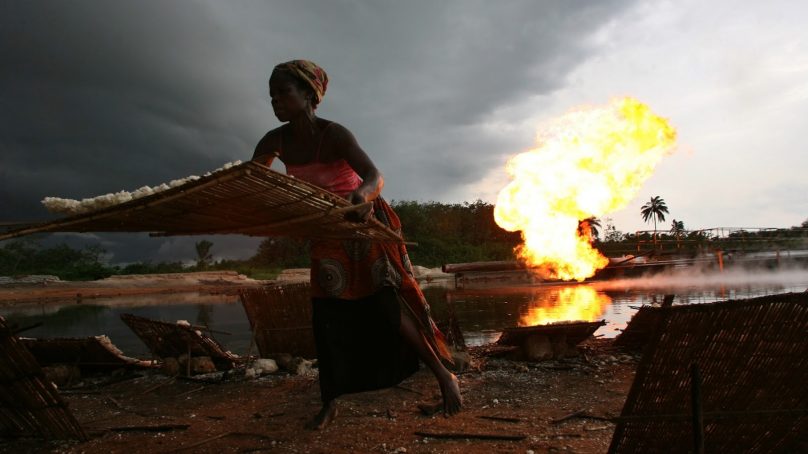 Editor’s note: A regional franchise of the so-called Islamic State is stepping up attacks against civilians in western Niger. This article is the first of two reports exploring what’s driving the crisis and the limitations of efforts to address it.

When a regional franchise of the so-called Islamic State pushed into western Niger five years ago, it sought to build alliances among local communities rarely supported by the central government.

But the killing of hundreds of civilians in recent months – most from communities accused of resisting jihadist rule – suggests a shift in strategy as the militants live up to their international reputation, forcing tens of thousands of people to flee their homes.

“Our state has failed to protect us, and we’ve become refugees, beggars inside our own country,” said Moussa Moumouni, who recently escaped the village of Darey Dey in western Niger’s Tillabéri region, which borders Burkina Faso and Mali and is one of the areas most impacted by violence.

Speaking from the relative safety of Balleyara town – 100 kilometres south of Darey Dey – Moumouni said jihadists killed his wife, grandmother and young daughter in a March attack that took at least 66 lives. A further 37 people were killed in a second attack last month, while houses and granaries were burned and cattle stolen.

As violence surges beyond levels previously seen in the region, aid officials told The New Humanitarian they are struggling to assist those in need. Some areas are considered too unsafe to work in, while government-enforced military escorts have undermined humanitarian neutrality, several aid workers said.

Some of those displaced by recent violence, meanwhile, told The New Humanitarian they have been pressured to return to their villages by the government despite the risk of further attacks.

Djibo Abdou, the Tillabéri regional coordinator for Niger’s Ministry of Humanitarian Action, confirmed the government’s role in organising returns but did not address criticism that the operations were not fully voluntary.

Analysts link the increasing violence in Tillabéri – and the neighbouring region of Tahoua – to the emergence of vigilante groups formed in places like Darey Dey by communities that are fed up with the conduct of the militants.

The vigilantes often oppose the imposition of burdensome taxes, which jihadists have levied at increasing rates in recent months – perhaps to compensate for losses sustained to the army and its foreign allies, some analysts think.

The self-defence groups also reflect the absence of the state. While Niger’s army was previously present in military barracks along the border with Mali, troops withdrew after hundreds died when militants attacked their bases in late 2019 and early 2020. Left unprotected, civilians began to defend themselves.

The latest violence risks ethnicising the conflict. Some of the vigilante groups that have formed are ethnic Zarma – the largest group in Tillabéri – while others are composed of Arabs and Tuaregs. Jihadists, on the other hand, have recruited significant numbers of Fulani herders – leading to stigmatisation of the wider community.

“There’s no hope for peace,” said Himou Larabou, a Tillabéri farmer who was able to escape his village in the commune of Anzourou along with thousands of others in May. Many were pressured by the government to return home soon after, but Larabou refused.

Militants began spreading in western Niger in 2016, having previously based themselves in neighbouring Mali. The spill-over conflict represented a second border crisis for a country already dealing with Boko Haram insurgents in its south-eastern regions.

Hundreds of millions of dollars in Western security aid has since been pumped into the country. But Niger’s army has struggled to cope with the militants, most of whom are affiliated to the franchise popularly known as Islamic State in the Greater Sahara (ISGS).

“Fighting an insurrectional guerrilla group is a complex issue,” said Rahmane Idrissa, a Nigerien political scientist and historian at the University of Leiden in the Netherlands. “The army of Niger wasn’t prepared for such a conflict.”

Though members of ISGS – which operates along the border with Mali – killed dozens of local leaders who resisted them, mass attacks were initially avoided as the militants sought to gain the trust of local residents. The dynamic held true even as jihadists stoked messy, ethnicised conflicts in neighbouring countries.

“The army of Niger wasn’t prepared for such a conflict.”

But the trend is now breaking. According to Human Rights Watch, jihadists have killed more than 420 civilians in western Niger so far this year, amounting to what the rights group called a “war on the civilian population”.

Internal displacement has risen as a result in both Tillabéri and Tahoua – from around 80,000 in December 2019 to nearly 160,000 as of last month. Border communities are, meanwhile, suffering from “crisis” levels of food insecurity, according to the famine watchdog FEWS NET.

Recent attacks followed a renewed military push by the government against ISGS, which became a focal-point for regional and foreign counter-jihadist efforts following the 2019-2020 attacks against Nigerien soldiers.

To conduct operations, Niger’s army withdrew from vulnerable outposts to safer bases closer to larger towns. While the campaign degraded ISGS and military casualties dropped off, abuses against civilians soared.

“Terrorists could not go after the military anymore and they wanted to show that the state cannot protect the population,” said Abdoul Azizou Garba, deputy director of the National Center for Strategic and Security Studies, a government-funded think tank based in the capital, Niamey.

As ISGS sought to rebuild after the military operations, analysts say its members began exhorting local residents to pay increasingly onerous taxes, which are referred to as Zakat or tithes. Larabou of Anzourou said jihadists became violent after he refused to pay the tax when approached in mid-2020: On one occasion militants beat his wife and tied up his children while he was absent; on another they killed five local farmers in their fields.

Growing tensions amid a security vacuum allowed vigilante groups to proliferate across Anzourou commune, according to Boubacar Diallo, a community leader and former head of a local Fulani self-defence militia.

Violence culminated in May 2021, when jihadists, angered by the presence of vigilantes, raided several Anzourou villages, forcing 12,000 people to flee their homes in one of the largest displacements in more than five years of conflict.

Many of the displaced moved to a sports stadium in Tillabéri town, where their plight became national news, attracting flying visits from government officials and “Pray for Anzourou” messages on social media.

Government officials told The New Humanitarian that they oppose the vigilante groups. “How can a poorly armed group of farmers defend itself from well-equipped terrorist fighters?” said General Mahamadou Abou Tarka, who leads Niger’s High Authority for the Consolidation of Peace (HACP), a state agency involved in peacebuilding. “This could only lead to new slaughters.”

But Tarka added that the government did not “impose any sanction” when vigilante groups formed. He also mentioned “structured” self-defence militias in Tillia and Tassara – two communes in Tahoua region – which are opposed to the jihadists and work “under the control of the army”.

A video shared with The New Humanitarian by a Tillia resident shows one of the militias, composed of local Tuaregs, declaring that they took up arms in March 2021, shortly after more than 130 Tuareg civilians were reportedly killed in the area by ISGS.

“Since we have a common enemy, we can’t disarm them using force,” Tarka said of the group. “We tolerate them, but under heavy surveillance. These newly-built militias behave exactly like the Islamic State.”