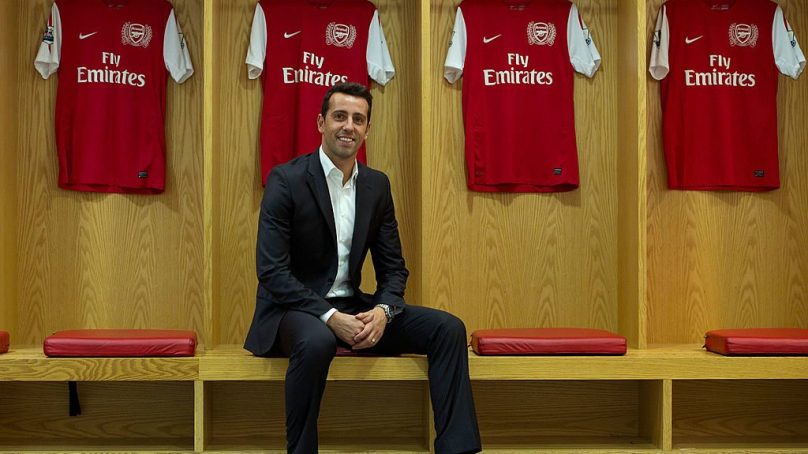 Arsenal’s recruitment has been singled out as the biggest reason for the club’s current malaise by Gunners legend and former academy director Liam Brady.

The Republic of Ireland great and Serie A legend emerged from Arsenal’s academy after moving to England, becoming one of the club’s most impressive youth products.

After retiring from the game, Brady took over as Arsenal’s head of youth development and academy director, bringing through some high-end talent throughout an 18-year spell.

The 65-year-old former winger believes that talent is still there, but Arsenal’s biggest issue right now is their player recruitment.

“Arsenal need an identity because it’s not there,” he explained to the Daily Mail. “But how do you compete when you are faced with Roman Abramovich at Chelsea or Abu Dhabi at Manchester City? The only way is with good recruitment. Leicester and Liverpool have shown it. Arsenal have a question mark.

Arsenal spent the most of any Premier League side this summer, spending £149 million ($203 million) bringing in the likes of Ben White from Brighton and Aaron Ramsdale from Sheffield United.

The team have got off to a poor start though, and face rivals Tottenham in the north London Derby with just six points from five games. Arsenal were looking desperate after losing their opening three league games, but may have recently turned a corner.

One positive in recent years has been Arsenal’s continued youth production, with Brady’s legacy still alive, but hampered by poor recruitment elsewhere.

“The academy has done its bit with Bukayo Saka and Emile Smith Rowe, but the recruitment since Arsene [Wenger’s] total control was eroded has not worked,” Brady said. “Compare us with Liverpool and someone like Philippe Coutinho. They bought him for £10 million($14 million)  and sold him for £100 million ($135 million). That helped buy Alisson and Virgil van Dijk. That hasn’t happened at Arsenal. That’s the gap.”

The Gunners broke their transfer record to spend a whopping £72 million ($98.5 million) on Nicolas Pepe from Lille in 2019, but he has been symptomatic of their demise with just 15 goals in 64 games.

The club has also seen plenty of upheaval at director level since Wenger’s departure in 2018, with head of football Raul Sanllehi only lasting two years, while head of recruitment Sven Mislintat departed quickly too. Mislintat looked like the ideal fit for Arsenal, signing talented stars, but lasted less than two years.

Former midfielder Edu has since taken over at the Emirates as the club’s technical director but has spent much of his time overhauling poor recruitment from his predecessors. Brady hinted at how things had changed at Arsenal, and why he left his post in 2014.

“That had become a chore,” he said. “We were just staring at computers all the time.”