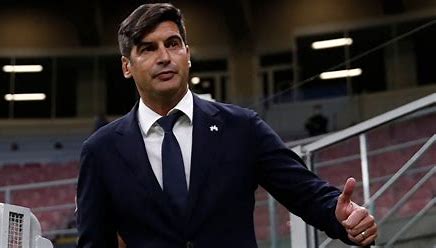 Paulo Fonseca is inching closer towards taking the Newcastle manager’s job following a disagreement at board level, according to a report.

The Magpies have continued to search for a new head coach while installing Graeme Jones as caretaker boss. The 51-year-old has revealed that he will manage the team for the next two games.

However, in the longer-term, Newcastle want a manager who can keep them in the Premier League.

The 19th-placed club have yet to win this season, with three points coming from draws. Indeed, relegation would set their ambitious project under new ownership back.

Earlier this week, former Roma boss Fonseca emerged as the frontrunner for Newcastle. He impressed board member Amanda Staveley in his interview. As such, she is willing to offer him £6 million per season.

According to the Daily Mirror, though, Newcastle have only reached this point following a disagreement between Staveley and fellow board member Jamie Reuben.

Staveley, chief executive of PCP Capital Partners – which now owns 10 per cent of Newcastle – wanted Fonseca. Reuben, who owns another 10 per cent through RB Sports & Media, though, wanted Frank Lampard.

But the ex-Chelsea boss eventually pulled out of the running, the newspaper adds.

He shared concerns felt by a ‘string’ of managers over Newcastle’s ability to stay up this season. Amid their winless run, on Saturday they drew 1-1 against Crystal Palace side away, who have not lost at home this term.

Nevertheless, Fonseca impressed Staveley with his exciting CV of progressing clubs up the table.

He led Pacos de Ferreira to third in the Portuguese top flight. That saw them qualify for the Champions League for the first time.

In his first year at Roma, meanwhile, he led them to fifth and the last 16 of the Europa League. He has also had an impressive spell at Shakhtar Donetsk.

For now, though, Jones has said that he is relishing the chance to take charge of his boyhood club, no matter if it is only for two matches.

The coach, who worked as former manager Steve Bruce’s assistant, has an exciting CV of his own.

He helped England get to the Euro 2020 final this summer after working as Roberto Martinez’s assistant at Everton and Belgium.

Speaking in his first press conference as Newcastle caretaker manager, he revealed his ambitions for his time in the dug out.