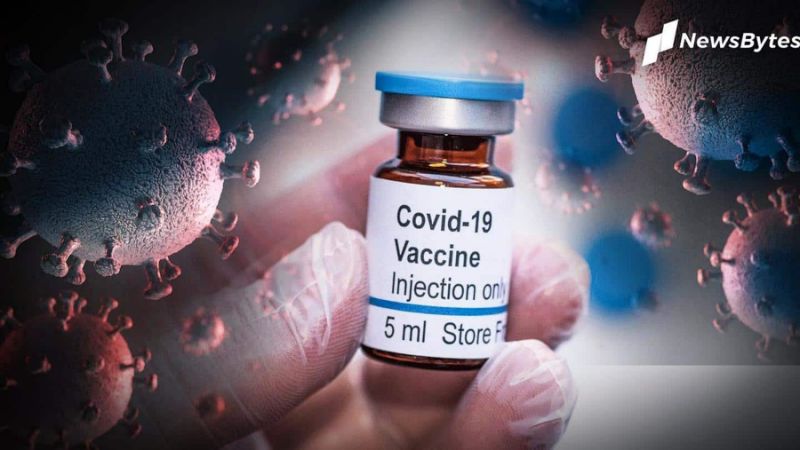 New vaccine data is coming, watch out for these three claims

The last few weeks have seen dramatic headlines on the efficacy of several new coronavirus vaccines. But coverage to this point has been based on press releases – tiny snippets of results that were trickled out from clinical trials.

This week, the real data deluge will begin. The Food and Drug Administration has been analysing thousands of pages of data for BioNtech-Pfizer’s vaccine in preparation for an all-day meeting on December 10 to decide whether to authorise its emergency use – and detailed summaries of that data could be released as soon as Tuesday.

Then the agency will repeat the process next week for the Moderna vaccine. The first publications of the vaccines’ efficacy data in medical journals should be coming out soon too.

It is going to be a lot for experts and the news media to digest. If the past is any guide, there will be plenty of errors, misunderstandings and communication snafus in coverage, as well as active disinformation campaigns on both sides to boost hype or spread fear. Here are three tricky or misleading claims to keep an eye on:

We’ve been conditioned to think a study’s size is just about the most important thing about it. That’s how they’re always described to us: “A study of 50,000 people found so-and-so.”

But we should not be so easily impressed by how large a trial sounds! For effectiveness, its power is always about the number of “events” that occur during the study – in this case the number of people who got sick with Covid.

Take the famous 1954 field trial for the Salk polio vaccine, which included an incredible 1.8 million children! But the number of events used in the most critical analysis – a placebo comparison involving a subset of more than 400,000 children – was just 143. That is how many children in the study developed paralytic polio and it was enough to be sure of the all-important finding that the Salk vaccine worked.

At the same time, it is important to remember that not every number that is reported will be based on a full analysis of all the data. The BioNTech-Pfizer vaccine is said to have 95 per cent efficacy and Moderna’s, 94.5 per cent.

These are the most top-level findings. As more data comes out, though, it is all but certain that more fine-grained – but potentially less reliable – analyses will make the news and be presented as though they are equally strong.

We already saw this happen a few weeks ago, when a BioNTech-Pfizer press release reported that “efficacy in adults over 65 years of age was over 94 per cent.” Outlets such as ABC News went ahead and passed that finding straight on to their readers.

But we can’t be as certain about this as we can about the overall efficacy. When a little more data about the vaccine was released upon its authorisation by the UK government last Wednesday, it showed that there were not quite enough participants in the study’s oldest age group (over 75) to be as sure about that result.

It’s still an important finding; it’s just a more tentative one. The same may apply to other statistics that get reported in the days to come. How effective is the vaccine at preventing infection, for example, or protecting people with chronic diseases from Covid? Don’t assume that secondary findings like these will carry the same degree of confidence as the main ones.

Now we know that claims of “95 per cent efficacy” were hype.

Be prepared to see a bunch of new estimates of effects in the days and weeks to come – and some of these could make the vaccines sound less useful at preventing Covid than did first reports. That’s not a sign that the first analyses are unreliable.

Calculations of 95 per cent efficacy were based on data from only those participants who took both of two vaccine injections, with some extra time allowed for the fullest possible immunity to kick in.

That means a bunch of people were left out: There may be some who got Covid before that point was reached; some who dropped out of the study before getting their second injection; and some who stopped providing the researchers with follow-up, so it won’t be clear whether they ever did get sick.

We’ll soon have analyses that take these people into account, and they will show somewhat different levels of efficacy. These may offer some insight into how well the vaccines will perform in practice, when rolled out in our communities.

That said, the new data may introduce some new problems. Watch out, in particular, for results of analyses that may not have been high-level outcomes planned out by the researchers ahead of time.

These are known as “subgroup” or “exploratory” analyses and they can be more like setups for questions to study in the future than solid answers on their own. We saw a case like this already with some of the Oxford-AstraZeneca results.

The efficacy for that vaccine’s standard dosing was 62 per cent, according to the press release. But a smaller group of people mistakenly got the wrong dosing and when their data was separated from the others’, the efficacy was 90 per cent.

Initial media coverage ran with this finding as if it were a more meaningful, primary result. AstraZeneca has since acknowledged that they “need to do an additional trial” to test this new hypothesis.

The vaccine was well tolerated and side effects were mostly mild or moderate.

This is a classic example of what I call “placebo information”: It looks like the real thing, but it tells you nothing. Adverse reactions to vaccines that are designed for widespread distribution are always “mostly mild and moderate.”

The vaccine may cause almost no severe effects or it could cause a lot of them, but either way, mild and moderate reactions will be more numerous.

For months, we’ve been getting this type of placebo statement for all the Covid-19 vaccines. But that doesn’t mean the experience of taking them will be the same. For example, a press release about the BioNTech-Pfizer vaccine reported that the rates of most severe adverse events were below two per cent with only fatigue and headache showing up a bit more often.

In contrast, Moderna’s press release reported rates higher than two per cent for about half a dozen severe symptoms, including two – fatigue and myalgia (muscle pain and weakness) – that occurred in up to 9 or 10 percent of those who got the vaccine.

Even so, The New York Times reported only that participants in trials of both vaccines had no serious effects, but “reported sore arms, fatigue, fever and joint and muscle aches that last for a day or two.”

It’s true that neither study release included evidence of “serious” or “grade” four side effects, which are defined by the FDA’s grading scale as being those that can be life-threatening, such as a fever over 104.0°F or anything that requires hospitalisation such as a stroke or an acute breathing problem.

But the vague New York Times write-up and many others like it, make no attempt to get across that “severe” or “grade three” adverse events did occur and that they were apparently more frequent for Moderna’s vaccine than for BNT-Pfizer’s.

These adverse events are not life-threatening, but they matter. According to the FDA, a severe one prevents daily activities and requires medical help. It could leave you with a fever between 102.1 and 104.0°F, for example, in need of narcotic pain relievers or on an intravenous drip.

In fact, among those who received the Moderna vaccine, severe adverse events could end up being described as “common,” according to the FDA’s threshold definition of that term.

Watch out for specific data on these in the coming weeks, and also keep an eye out for what’s revealed about the “moderate” or “grade two” adverse events, which can be hard-going, too.

A full, transparent accounting of these details will only improve public trust in the vaccines.