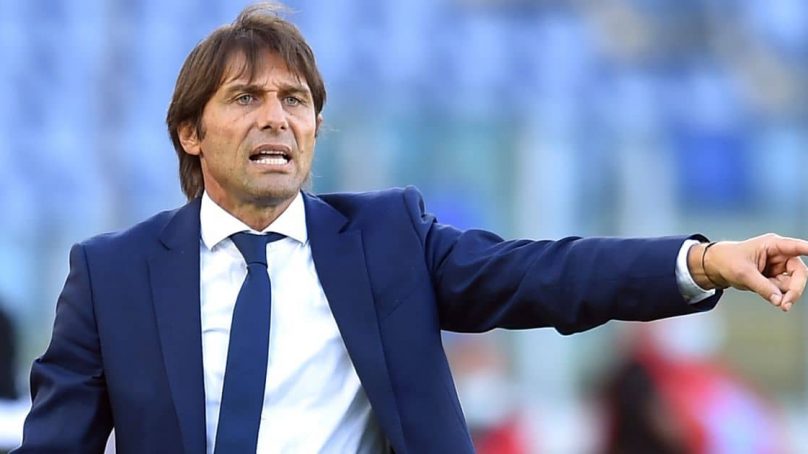 Manchester United have been told they are being held back by Ole Gunnar Solskjaer and they should take the chance to bring in a top-class replacement while he’s still available.

The replacement in question is former Chelsea boss, Antonio Conte, who is also being linked targeted by Arsenal as an alternative to their underperforming manager Mikel Arteta.

The Norwegian boss is firmly under the spotlight once again after some questionable decisions on Tuesday night. That’s after the Red Devils got their Champions League group stage campaign off to the worst possible start, losing 2-1 to Young Boys.

Despite taking the lead through Cristiano Ronaldo, Aaron Wan-Bissaka then saw red. The loss of a man subsequently changed the game, with the Swiss side equalising after 66 minutes. But things would go from bad to worse for United. Substitute Jesse Lingard, who had come on for Ronaldo, played a misfired back pass, which Jordan Siebatcheu pounced upon to score.

Lingard was the third substitution of five made by Solskjaer on the night. Elsewhere, Jadon Sancho came off for Diogo Dalot following Wan-Bissaka’s red.

Now talkSPORT pundit Jason Cundy has also weighed in on the criticism for the United boss. Calling him “clueless”, he claimed his game-management cost United. Furthermore, he’s told the club to act quickly or pay the price.

“That there shows he’s utterly clueless,” Cundy said. “That performance, the team shape… They went down to 10 men, yes, but come on. United went to five at the back and he didn’t change it.

He added, “United got exactly what they deserved and he’s been exposed again brutally. The game changed on the red card but that didn’t mean it was over. Young Boys are normally whipping boys of European football and United get rolled over 2-1…  It was a disaster-class, it was an absolute disaster.”

With United once again letting themselves down in Europe, Cundy has suggested former Chelsea boss Antonio Conte as an ideal successor.

“It exposed Ole, it did badly. I’d sack him. We know what’s coming, don’t we? You’ve got Antonio Conte out there… Who’s the better manager? There will be a stage in the season where they’ll be like ‘I wish we did it earlier. There’s been a pattern emerging with Ole, particularly in Europe. He couldn’t get out of the group last season.

“It did him a favour going into the Europa League, it’s an easier competition to win and he managed to balls that up.”