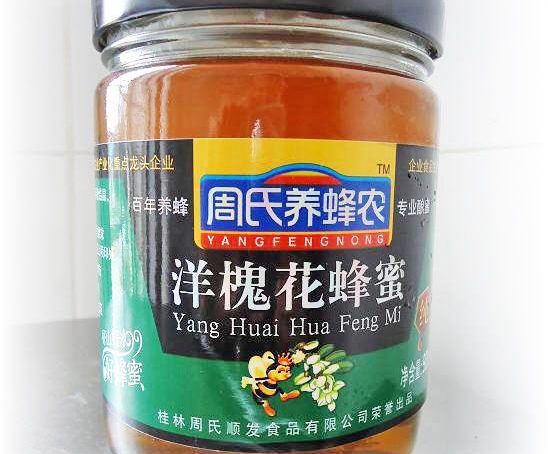 ‘Most of honey exported by China is blended with syrup’

Shortly before dawn most days, José Eduardo Moo Pat sets out from his home in Mexico’s Yucatan Peninsula with a protective suit and his metal smoker for calming honey bees. He drives six miles through low-lying tropical jungle to tend to his 30 hives nestled in a clearing.

His work has always been hard. But now making a livelihood is even tougher and his bees are at real risk – not from pesticides or deforestation, but from a catastrophic collapse in the wholesale price of honey.

“I think every day about profitability,” says Moo Pat “I have seen many beekeepers disappear in the last two or three years. I don’t know if I can continue. I don’t even have enough money to pay for the fuel to go to see my bees.”

Five years ago, Moo Pat, who is 42 and from the small Mexican town of Felipe Carrillo Puerto, was paid 47 pesos (£1.73) per kilogramme for his organic honey by a local fair-trade co-operative, but the price has now slumped to just 35 pesos per kilogramme.

The price for conventional honey has fallen even further from 43 pesos per kilogramme to just 23 pesos. Many of Mexico’s estimated 42,000 beekeepers – much of whose honey goes to Europe – are now giving up and abandoning their hives.

Moo Pat blames China for his financial plight. There, cheap honey and sugar syrup are produced on an industrial scale and blended together by fraudsters. Beekeepers believe this adulterated honey is responsible for saturating the market, crashing global prices and deceiving millions of customers.

“Most of the honey imported from China into Europe is blended with syrup,” says Etienne Bruneau, chairman of the honey working party at the European agricultural umbrella organisation Copa-Cogeca. “In China, they tell you if you want honey it’s one price and if you want a cheaper price you can have syrup in it.”

In the UK, beekeepers are also finding themselves squeezed by bargain honey pouring off the production lines in China.

“Even for large scale bee farmers the size of the operation would need to be off the scale to be able to compete on price for the product that they sell as honey,” says Martin Pope, who runs Beeza Ltd, producing honey and wax products from apiaries around Kingsbridge in South Devon.

Moo Pat and other beekeepers in Mexico are starting to fight back, campaigning internationally to investigate and expose the honey fraudsters – and the looming risk to biodiversity from abandoned hives and declining bee populations.

His federation of honey producers has helped fund tests on supermarket honey in the UK, one of the world’s biggest importers of Chinese honey.

The tests have indicated widespread adulteration, but also laid bare the limited and often unreliable tools available to detect and police honey fraud.

Scientists and regulators around the world are now developing a test with a vast database of sample honeys which they hope will lead to the prosecution of honey fraudsters and bring the illicit industry to a sticky end.

Beekeeping is one of the most ancient forms of farming, with archaeological evidence suggesting humans have been harvesting honey from bees for nearly 9,000 years. Research published in Nature in November 2015 found traces of beeswax on pieces of Neolithic crockery unearthed in Europe, the Middle East and North Africa.

There are now more than 90 million managed beehives around the world producing about 1.9 million tonnes of honey worth more than £5 billion a year. The industry provides a huge environmental benefit because three out of four crops depend to some extent on pollination by bees and other insects for yield and quality.

Farming bees is, however, labour intensive, so honey is expensive – and that makes it a tempting target for adulteration with cheap substitutes. The most common fraud is the dilution of genuine honey with sugar syrup, typically manufactured from rice, corn or sugar beet.

China is the world’s biggest producer of honey, accounting for about a quarter of global output, but its rise to dominance and its low prices have long been viewed with suspicion. In the eastern province of Zhejiang, where much of the country’s beekeeping industry is concentrated, industrial plants manufacture cheap rice and corn syrup to be blended with honey.

Alibaba, the Chinese online marketplaces, even advertises industrial “fructose syrup for honey” for as little as 76p per kilogramme.

Beekeepers warn that the flow of adulterated honey coming out of China is so great that it’s distorting the market.

In November, Copa-Cogeca warned that the livelihoods of many European beekeepers were in peril after one of the worst harvests in decades, partly caused by floods in Central and Eastern Europe. In Hungary, acacia honey production was only ten per cent of the normal harvest.

Such a slump in production should drive prices up. But the European beekeeping industry says prices actually continued to fall because of the surging imports of suspected fraudulent honey from China. They want urgent action to combat fake honey, with better labelling and improved testing techniques.

Some figures in the honey industry claim allegations of fraud are exaggerated or unsubstantiated, and are fuelled by resentment of the low cost of production in China. But tests by regulators have indicated widespread adulteration.

In 2015, the European Commission’s in-house science service, the Joint Research Centre, tested 893 samples of honey from retailers and found that 127 (14 per cent) were suspected of “containing added sugar syrups.”

In 2018, the Canadian Food Inspection Agency found in a targeted surveillance programme that 52 samples out of 240 (21.7 per cent) were “unsatisfactory” because of the detected presence of added sugars. The targeted samples were taken from a variety of importers, processors and retailers based on risk intelligence, unusual trading patterns and a history of non-compliance. Wherever authorities look, it appears that a scandal is playing out on our supermarket shelves.

If so many top laboratories, scientists and regulators all agree that honey is being adulterated on a global scale, why are there so rarely prosecutions? The answer lies partly in the science, partly in the failure of regulators to understand and co-ordinate that science, but also in the nature of honey itself.

Honey is not just a single consistent substance. Instead, it’s a complex mix of sugars which vary according to the region it comes from, the flowers it is derived from and the time of harvesting. Designing a test that can work across a range of honeys and pick out the adulterated ones is a serious scientific challenge.

Historically regulators have relied on the one internationally accepted test, technically known as AOAC 998.12, but usually called the C4 Sugar test. This exploits the fact that the sugar molecules produced by tropical plants, such as sugarcane and maize, have four carbon atoms (C4), while the nectar and pollen protein collected by bees typically come from plants whose sugars have three carbon atoms (C3).

The test uses this difference to see whether C4 sugars have been added to honey. Fraudsters have, however, long been aware of this test – and how to beat it. They simply found other sources of cheap syrup, such as from rice or sugar beet, whose sugar molecules resemble those in honey – so undermining the test.

Scientists have fought back with other approaches, including liquid chromatography/isotope ratio mass spectrometry (lc/irms) which can detect C3 sugars from rice and sugar beet. But the laboratories warn fraudsters have found ways around this test too, creating syrups which mimic the composition of honey. Chinese traders even advertise on Alibaba that their syrup for blending with honey will pass the C4/C3 sugar tests.

There are other tests, but they all have their limitations. There are tests for enzymes such as beta-fructofuranosidase, which are used in industrial processes to turn sucrose into fructose, but the UK honey industry claims they can produce false positives because they do not properly account for the wide variations in honey profiles around the world.

Another test detects psicose in honey, a rare sugar which is not usually found in honey and is a marker for syrup adulteration. This sugar is, however, found naturally in a very small number of honeys, including chestnut honey, and is therefore unsuitable for prosecuting suspected fraudsters.

The failure to win the technological arms race means regulators are usually unable to prosecute – even though many scientists believe vast quantities of honey sold in shops are adulterated. No existing tests for honey purity are considered sufficiently robust to prove fraud. Or at least not until now.

Nuclear Magnetic Resonance (NMR) is the technology that could change everything. It works by bathing samples in a powerful magnetic field, causing the atoms to resonate. The resonant frequencies of the nuclei in the atoms are then converted into peaks or spectra on a graph, generating a unique magnetic ‘signature’ for each sample.