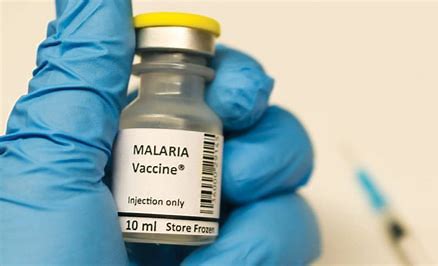 Malaria vaccine manufacturer GSK’s Breuer expects the Mosquirix deal with Bharat to accelerate production. The British drugmaker will continue to produce the adjuvant – immune-boosting portion – of the vaccine.

The manufacturer recently committed to doubling production to 30 million doses annually, without offering a timeline. Bharat Biotech, which has yet to outline its manufacturing plans, did not respond to requests for comment.

GSK has donated 10 million doses to pilot programmes in Ghana, Kenya and Malawi and less than half have been shipped so far. The countries plan to expand campaigns this year and next using a mix of the remaining donations and purchased shots.

GSK said a WHO decision to collect additional data on safety and effectiveness from the pilot programmes had added years to the launch process, during which it had to idle a dedicated production facility.

The WHO said safety questions had to be addressed before approval, and that it was working urgently to boost supply.

Mary Hamel, the agency’s malaria vaccine implementation head, said that Covid vaccines had shown how quickly things could move with the political will and funding, which she said malaria had never had.

Mosquirix has been in development since the 1980s, in part because of the complexity of targeting the malaria parasite.

Its regulatory pathway has also been slow. In 2015, GSK published results from a large-scale clinical trial showing vaccine reduced the risk of severe malaria by about 30 per cent. The WHO sought more data on the shot’s safety and effectiveness, gathering information from 2019 during the pilot vaccination programs, before endorsing Mosquirix.

In the past, such real-world data on a vaccine has often been tracked after it has been authorised for use.

“Would we have done it in the West? I don’t know,” said WHO’s Hamel, who was not involved in the decision, referring to holding up the deployment of shots to collect extra data.

Now recommended for use, it is not clear how the shot’s distribution will be financed long-term. Funding for malaria totalled $3.3 billion in 2020, less than half of the estimated need, the WHO said, for tools such as treatments, bed nets and insecticides.

Adding malaria vaccines could cost between $325 million and more than $600 million annually, depending on how widely they are used, according to a study by global health researchers published in the Lancet journal in 2019. The WHO estimates that the GSK vaccine will cost around $5 per dose.

Two of the biggest funders behind the development and pilot programs for Mosquirix, the Bill and Melinda Gates Foundation and the Global Fund to Fight AIDS, Tuberculosis and Malaria, told Reuters they were committing almost no additional financing to deploy the vaccine.

“It’s not a silver bullet, and it’s relatively expensive compared to other interventions used for malaria,” said Peter Sands, head of the Global Fund. “The fundamental issue with malaria isn’t actually about tools. It’s about the fact that we spend far too little money on it.”

The Gates Foundation said it would continue to back research into how to best use the “historic” vaccine, but “concerns about the relatively low efficacy, short duration, and constrained supply challenges” meant it would not fund deployment.

Gavi is currently the only significant source of funding for a wider Mosquirix rollout. It has approved about $155 million for 2022 through 2025, alongside some funding from the countries themselves. Internal documents seen by Reuters suggest Gavi’s investment in the first year is only expected to be $20 million.

A source familiar with the plans said the group hoped that getting the vaccine rolled out, and countries showing demand, would make the case for more investment.

Several global health officials said future funding from donors might be better committed to a new shot from the scientists at Oxford University who developed AstraZeneca’s Covid vaccine.

Data from small trials showed 77% efficacy over a 12-month period, if given to babies shortly before the peak malaria season. Results from a much larger clinical trial are expected in the coming weeks. Some researchers suggest the GSK vaccine, too, may show higher effectiveness if given seasonally.

Oxford scientist Adrian Hill told Reuters his team aims to secure a WHO recommendation for their malaria shot within a year of submitting data to the agency.

The Serum Institute of India, which will manufacture the vaccine, says it expects to be able to make up to 200 million doses annually by the end of 2024. In the years ahead, there are also hopes for a shot being developed by BioNTech, using the same mRNA technology as their successful Covid vaccine made with Pfizer. BioNTech aims to begin human trials by the end of 2022.

But in the years before either of those shots might be used, there will not be enough vaccines even for those 10 million children the WHO says are most at risk.

“We should have had this vaccine a long time ago,” said Alassane Dicko, professor of public health at the University of Science, Techniques and Technologies of Bamako in Mali, who has led some of the Mosquirix trials.