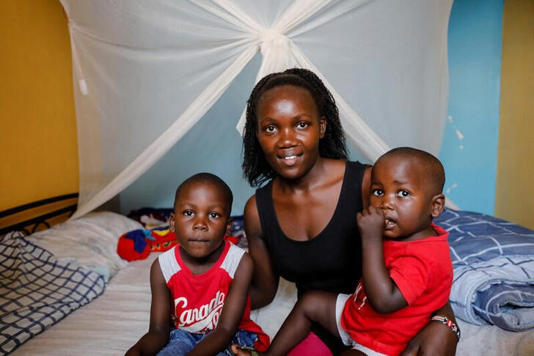 After decades of work, the World Health Organization (WHO) endorsed the first-ever malaria vaccine last year – a historic milestone that promised to drive back a disease that kills a child every minute.

In reality, efforts are falling well short of that, with a lack of funding and commercial potential thwarting GSK Plc’s capacity to produce as many doses of its shot as needed, according to Reuters interviews with about a dozen WHO officials, GSK staff, scientists and non-profit groups.

The British drugmaker committed to produce up to 15 million doses every year through 2028, following 2019 pilot programme – considerably less than the WHO says is needed. It is currently unlikely to make more than a few million annually before 2026, according to a source close to the vaccine rollout.

A GSK spokesperson said it could not make enough of its vaccine Mosquirix to meet the vast demand without more funds from international donors, without giving details on the numbers of doses it expected to produce annually in the first years of the roll-out.

“Demand over the next five to 10 years will probably outstrip the current forecasts on supply,” said Thomas Breuer, GSK’s chief global health officer.

The vaccine’s effectiveness at preventing severe cases of malaria in children is relatively low, at around 30 per cent in a large-scale clinical trial. Some officials and donors are hoping that a second shot being tested by Oxford University may prove better, cheaper and easier to produce in bulk.

Yet the world’s inability to fund more Mosquirix shots dismays many in Africa. Children on the continent account for the vast majority of the roughly 600,000 global malaria deaths every year.

“Mosquirix has the potential to save a lot of precious lives before another new vaccine arrives,” said Kwame Amponsa-Achiano, a public health specialist leading a pilot vaccination programme in Ghana. “The more we wait, the more children die needlessly.”

Rebecca Adhiambo Kwanya in the Kenyan city of Kisumu needs no convincing: her four-year-old child Betrun has suffered numerous malaria bouts since birth, yet her 18-month-old Bradley – vaccinated in the pilot programme – hasn’t caught it.

“My elder one was not vaccinated and he was sick on and off,” she said. “But the smaller one, he got the vaccine and he was not even sick.”

The limited international appetite to produce and distribute more Mosquirix stands in stark contrast to the record speed and funds with which wealthy countries secured vaccines for Covid-19, a disease that poses relatively little risk to children.

Unlike many pharmaceutical products, there is no major market for a malaria vaccine in the developed world, where drug companies typically make the large profits that they say allows them to make their products available at far lower prices in poorer countries.

“This is a disease of the poor, so it’s not been that appealing in terms of the market,” said Corine Karema, chief executive of the non-profit RBM Partnership to End Malaria, which is working with governments in Africa to eliminate the disease.

“But one kid dies of malaria every minute – that’s unacceptable.”

In the coming weeks, global health organizations will announce the next steps to make Mosquirix widely available, including the first procurement deal and the WHO’s recommended allocation to prioritize roughly 10 million children at highest risk, the source familiar with the rollout plans said.

Long-term, WHO officials say roughly 100 million doses a year of the four-dose vaccine will be needed, which would cover around 25 million children. When the U.N. agency backed Mosquirix last October, it said that even a smaller supply could save 40,000 to 80,000 lives each year, without specifying the number of doses required.

GSK’s maximum target of 15 million doses could prevent up to about 20,000 deaths each year, according to a Reuters review of the malaria vaccine models used by WHO.

Yet even hitting 15 million could take years, according to several officials at the WHO and elsewhere in the malaria effort who said wider distribution beyond the pilot countries was unlikely before early 2024, and even then it would start slowly.

GSK also has to upgrade its manufacturing capacity to reach its target. It said it had set up a funding deal with international vaccine alliance Gavi to help stockpile a key ingredient of the shot to ensure there was no gap in supply during that process.

“We are on course to complete the agreed stockpiling volume,” said a spokesperson.

The drugmaker has invested 700 million pounds ($840 million) in the vaccine’s development and says it won’t charge more than five per cent above the cost to produce it.

“No company wants to be in a situation where you build manufacturing which oversupplies the market and vaccines will not be used,” said Breuer said, referring to a future split in demand between Mosquirix and the Oxford vaccine, if approved.

After 2028, India’s Bharat Biotech will take over production of Mosquirix’s key ingredient.