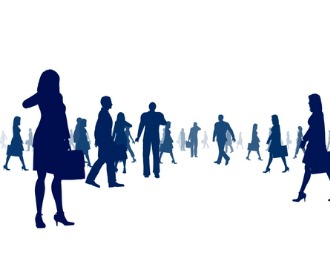 Men have to stand up as allies of women at work

Men who thought the Covid-19 “she-cession” was misnamed should take a look at the recent figures from the US Bureau of Labour Statistics. After disproportionately losing jobs during the early shutdown, women are now leaving the workforce at nearly four times the rate of men.

With so many women laid off, sidelined or stepping away to manage remote schooling or care for their families, men have to stand up as allies to ensure that gender equality in the workplace isn’t set back a generation.

The corrosive effect of this downturn is already evident. The wage gap is widening toward where it was nearly 20 years ago by some economists’ estimates. Men, meanwhile, are 2.3 times more likely than women to say that working from home during the pandemic has been positive for their careers.

These are not “women’s issues.” These are issues that demand men play a role in disrupting the status quo. We have spent the last seven years researching how men can effectively promote gender fairness at work. We often find that men believe in gender equality but are missing when it comes to taking action. And there are evidence-based strategies that men can employ now to advocate for women in their workplace.

First, men need to proclaim their own family priorities. For too long, men have been reluctant to leave work loudly when they have obligations such as parent-teacher conferences or a sick child at home. Slinking out the side door instead of being public about where they are going and why is a missed opportunity to level the playing field for women and embolden other men.

Men need to be transparent at work about family responsibilities, including taking full parental leave, sick leave and requesting flexitime arrangements that support their partner’s career and household demands.

When men publicly embrace these benefits, they destigmatise the domestic work that is linked to a motherhood penalty for women.

Additionally, men need to dedicate time for mentorship in the virtual workspace. Remote work could remain the norm for months to come. That puts women at higher risk of becoming invisible.

Men should check in with the women they mentor and reach out to help female colleagues whose mentors may have voluntarily or involuntarily left the workplace, leaving them without a coach or advisor. These offers should also go to women who may not yet have established any mentorships.

In all cases, men should contextualise their motivation for a mentoring check-in. This includes affirming strong job performance and offering an open door for career conversations and advice about advancement tracks at their company.

Men can also support female colleagues by championing flexible work. During the pandemic, more leaders have observed the benefits of adaptable hours and locations, especially for working parents. Men in decision-making positions – and they do hold 75 per cent of C-suite jobs – need to lend strong backing to initiatives such as paid parental leave, creative telework arrangements and childcare consortiums.

When men advocate for such policies and benefits, they become destigmatised for women and other men.

Mothers are twice as likely as fathers to be worried about being evaluated negatively because of their caregiving responsibilities during the Covid-19 crisis.

Women are clearly feeling this. “Lean In” and McKinsey’s “2020 Women in the Workplace” research finds that mothers are twice as likely as fathers to be worried about being evaluated negatively because of their caregiving responsibilities during the Covid-19 crisis. This compounds stress and burnout.

Managers should look at their job performance benchmarks and adjust for pandemic challenges. Then they should rewrite performance review criteria, in conjunction with their companies’ human resource departments.

Lean In and McKinsey’s research found that only 30 per cent of companies had done so this year and just five per cent had suspended performance reviews altogether.

Finally, companies need to track gender as it relates to important employment outcomes like promotions and raises, as well as furloughs and layoffs. This data can heighten awareness of, and mitigate, systemic bias.

And when workplaces look to increase hiring, especially once the pandemic ends, men at those companies should forcefully advocate for employing women and creating strategies to pull women back into the workforce without loss of rank or pay, including reaching out to those who left or were laid off. Men in hiring positions need to practise this not just preach it.

At the end of last year, more than half of US jobs were held by women. That means the Covid-19 pandemic is not just a disruption for women but also critical to women’s roles in the whole economy.

As we contemplate returning to re-envisioned workplaces in 2021 men should look at what this crisis has shown them about the challenges women face at work and do something about it.