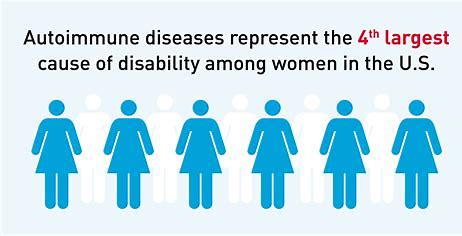 When Rhonda Voskuhl was a postdoctoral fellow at the US National Institutes of Health (NIH) in the mid-1990s, it was common knowledge among clinicians that multiple sclerosis (MS) – an autoimmune disease that affects the brain and spinal cord – was about twice as common in women as in men. Today, she says, the ratio is closer to 3:11.

Many of her colleagues saw the sex discrepancy as an inconvenience, says Voskuhl, now a neuroimmunologist at the University of California, Los Angeles, and president of the interdisciplinary Organization for the Study of Sex Differences.

Researchers working with animal models would order only male or only female mice to avoid the hassle of dividing their data by sex.

But what others saw as a nuisance sparked Voskuhl’s curiosity. What, she wondered, explained this sex difference? And why weren’t more researchers asking the same question? “Nobody was asking why,” she says. “They were just saying, OK, that’s the way it is.”

This sex discrepancy does not end with MS. Evidence has accumulated to reveal that, although some autoimmune diseases are more common in men, women are generally more susceptible, sometimes by a factor of 16 or more. As researchers dig into the reasons why, their insights offer promising avenues towards treatments that could benefit all genders.

The work is also starting to offer fresh ways of thinking about conditions as diverse as heart disease, Alzheimer’s disease and cancer. Although these are not, strictly speaking, autoimmune disorders, they do share similarities, says DeLisa Fairweather, an immunology and infectious-disease researcher at the Mayo Clinic in Jacksonville, Florida.

A focus on sex differences “should transform our whole understanding of medicine”, Fairweather says. “It’s that fundamental.”

Around the world, an estimated four per cent of people have at least one autoimmune disease. In the United States, the figure is about twice that. The prevalence of these diseases is different in men and women. There are also sex differences in when symptoms manifest and how severe they are.

Some of the earliest theories to explain these discrepancies focused on sex hormones, which regulate the innate and adaptive immune systems through multiple pathways, by means of receptors on immune cells.

Hormones could help to explain why some people with autoimmune disease see their symptoms improve or worsen when hormone levels surge or drop, such as during puberty, pregnancy and menopause, Voskuhl says. For example, throughout the second half of pregnancy when oestrogen hormones surge, women with MS experience a 70 per cent reduction in relapses.

As oestrogen levels drop after delivery, however, symptoms tend to return – and women with lupus don’t get the reprieve at all.

Scientists are also still working out the various effects that these hormones have on the immune system – both positive and negative.

But the hormone theory has competition. Some researchers suggest that sex chromosomes might be the culprit. In animal studies, mice with two X chromosomes develop conditions such as lupus more frequently than do XY mice, even when all the mice are engineered to have the same sex organs and hormones. Likewise, men with Klinefelter syndrome, who have an extra X chromosome, develop lupus and Sjögren’s syndrome at rates similar to those in women.

A potential explanation for this could lie in the numerous genes on X chromosomes that have been found to be involved in immune function. Where more than one X chromosome is present in a cell, as is typical in women, all but one copy is usually deactivated.

However, it is thought that as many as 23 per cent of X-linked genes escape deactivation – including those that affect immune function. Having multiple copies of those genes that remain active can lead to an over-active immune response and the development of disease. The incomplete inactivation of the X-linked gene TLR7, for instance, has now been implicated in increasing the risk of developing lupus.

The newest theories for what causes sex differences in autoimmune diseases points to a complex set of interactions between hormones, X chromosomes and other physiological factors, Voskuhl says. Shifting hormone levels throughout life, for example, might mask or unmask the influence of X chromosomes. The organ targeted by a specific disease also alters each condition’s trajectory.

“Historically, there’s been sort of the hormone camp, and then there’s been the X-chromosome camp,” Kovats says. But the latest research, she argues, undermines this neat sorting. “With this finding of immune response genes on the X chromosome and the fact that oestrogen receptors seem to regulate some of the same things, it brings a little bit of a convergence.”

Digging into the nuances of immune responses across sexes could lead directly to new treatments for all sorts of disease, Voskuhl adds. “If there’s not any difference, that’s a win because what you’ve just discovered is relevant to 100 per cent of the population,” she says. “On the other hand, if you find that there is a sex difference, now you can figure that out. It’s good for males and females.”

As evidence has accumulated to illuminate how hormones, sex chromosomes and other factors contribute to an elevated risk of disease in women, some researchers have taken a big-picture view to investigate the evolutionary pressures that might have led to sex discrepancies in autoimmune diseases. One leading theory focuses on a unique challenge that women face: how to grow a genetically distinct human in their bodies without their immune systems rejecting the foetus as a foreign object.