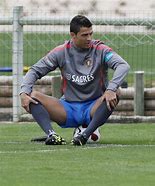 Man United lines up $80 million for January transfers, which could rise to 115 million if Ronaldo leaves

Erik Ten Hag will be given at least a £70 million ($80.6 million) transfer war-chest to spend in January – but it could be even more if Cristiano Ronaldo goes.

The Manchester United boss forked out more than £215 million ($248 million) over the summer, bringing in Brazilian star Antony in a mega £85 million ($99 million) move from Ajax. He also splashed out nearly £70 ($80.6 million) on Casemiro from Real Madrid and raided his old Dutch club for Lisandro Martinez in a £50 million ($58 million) swoop.

It is understood he will be backed again when the window opens if he wants to improve his squad again. The Red Devils chief will be handed around £70 million following the end of the World Cup in Qatar this winter. This will be increased to more than £100 million ($115.2 million) if Ronaldo finally quits Old Trafford and his £450,000 ($518)-a-week wages are off the books.

The Portuguese superstar is still looking to leave the club and wants to return to the Champions League if he can. United were demanding at least £20 million for the 37-year-old in the summer, but he couldn’t find a suitor. Ten Hag missed out on a number of long-term targets over the summer, most notably Frenkie de Jong from Barcelona.

The Dutch midfielder is still high on his wish-list, and a move in January hasn’t been ruled out with the Spanish giants’ finances still an issue. It is understood the United boss has already held initial talks over future transfer plans and will be backed by owners, the Glazers.

He could be handed even more if the right player comes up for a cheap price that will improve the squad. Ten Hag believes he needs at least another three first-team players before the club are ready to compete at the top level again.

The Dutchman is adamant he can get them back to their trophy-laden glory years and compete with rivals Manchester City and Liverpool.

United will also be sending scouts to the World Cup to keep an eye on targets and their own players at the tournament.

Chileans reject a constitution that framed science as a tool for social, economic reforms