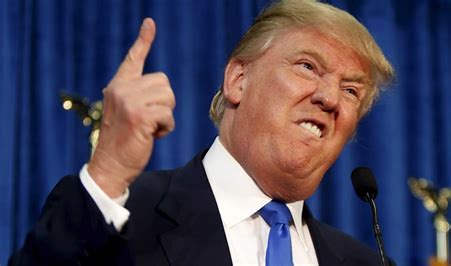 Making of Trump: He’d reptilian genius for intuiting the emotions of Real America

When Donald Trump ran for president, the party of Free America collapsed into its own hollowness. The mass of Republicans were not free-traders who wanted corporate taxes zeroed out. They wanted government to do things that benefited them – not the undeserving classes below and above them.

Party elites were too remote from Trump’s supporters and lulled by their own stale rhetoric to grasp what was happening. Media elites were just as stupefied. They were entertained and appalled by Trump, whom they dismissed as a racist, a sexist, a xenophobe, an authoritarian, and a vulgar, orange-haired celebrity.

He was all of these. But he had a reptilian genius for intuiting the emotions of Real America – a foreign country to elites on the right and left. They were helpless to understand Trump and therefore to stop him. Trump’s populism brought Jersey Shore to national politics.

The goal of his speeches was not to whip up mass hysteria but to get rid of shame. He levelled everyone down together.

Trump violated conservative orthodoxy on numerous issues, including taxes and entitlements. “I want to save the middle class,” he said. “The hedge-fund guys didn’t build this country. These are guys that shift paper around and they get lucky.” But Trump’s main heresies were on trade, immigration and war.

He was the first American politician to succeed by running against globalisation – a bipartisan policy that had served the interests of “globalists” for years while sacrificing Real Americans. He was also the first to succeed by talking about how shitty everything in America had become.

“These are the forgotten men and women of our country and they are forgotten,” he said at the 2016 Republican National Convention. “But they’re not going to be forgotten long.” The nationalist mantle was lying around, and Trump grabbed it. “I am your voice.”

Early in the campaign, I spent time with a group of white and Black steelworkers in a town near Canton, Ohio. They had been locked out by the company over a contract dispute and were picketing outside the mill. They faced months without a paycheck, possibly the loss of their jobs, and they talked about the end of the middle class. The only candidates who interested them were Trump and Bernie Sanders.

A steelworker named Jack Baum told me that he supported Trump. He liked Trump’s “patriotic” positions on trade and immigration, but he also found Trump’s insults refreshing, even exhilarating. The ugliness was a kind of revenge, Baum said: “It’s a mirror of the way they see us.” He didn’t specify who they and us were, but maybe he didn’t have to.

Maybe he believed – he was too polite to say it – that people like me looked down on people like him. If educated professionals considered steelworkers like Baum to be ignorant, crass, and bigoted, then Trump was going to shove it in our smug faces.

The lower his language and behaviour sank, and the more the media vilified him, the more he was celebrated by his people. He was their leader, who could do no wrong.

Trump’s language was effective because it was attuned to American pop culture. It required no expert knowledge and had no code of hidden meanings. It gave rise almost spontaneously to memorable phrases: “Make America great again.” “Drain the swamp.” “Build the wall.” “Lock her up.” “Send her back.” It’s the way people talk when the inhibitors are off, and it’s available to anyone willing to join the mob.

Trump didn’t try to shape his people ideologically with new words and concepts. He used the low language of talk radio, reality TV, social media and sports bars and to his listeners this language seemed far more honest and grounded in common sense than the mincing obscurities of “politically correct” experts.

His populism brought Jersey Shore to national politics. The goal of his speeches was not to whip up mass hysteria but to get rid of shame. He levelled everyone down together.

Throughout his adult life, Trump has been hostile to Black people, contemptuous of women, vicious about immigrants from poor countries and cruel toward the weak. He’s an equal-opportunity bigot. In his campaigns and in the White House, he aligned himself publicly with hardcore racists in a way that set him apart from every other president in memory, and the racists loved him for it.

After the 2016 election, a great deal of journalism and social science was devoted to finding out whether Trump’s voters were mainly motivated by economic anxiety or racial resentment. There was evidence for both answers.

Progressives, shocked by the readiness of half the country to support this hateful man, seized on racism as the single cause and set out to disprove every alternative. But this answer was far too satisfying. Racism is such an irreducible evil that it gave progressives commanding moral heights and relieved them of the burden to understand the grievances of their compatriots down in the lowlands, let alone do something about them.

It put Trump voters beyond the pale. But racism alone couldn’t explain why white men were much more likely to vote for Trump than white women, or why the same was true of Black and Latino men and women. Or why the most reliable predictor for who was a Trump voter wasn’t race but the combination of race and education.

Among white people, 38 per cent of college graduates voted for Trump, compared with 64 per cent without college degrees. This margin – the great gap between Smart America and Real America – was the decisive one. It made 2016 different from previous elections, and the trend only intensified in 2020.

The issues Trump had campaigned on waxed and waned during his presidency. What remained was the dark energy he unleashed, binding him like a tribal leader to his people. Nothing was left of the optimistic pieties of Free America.

Trump’s people still talked about freedom, but they meant blood and soil. Their nationalism was like the ethno-nationalisms on the rise in Europe and around the world. Trump abused every American institution – the FBI, the CIA, the armed forces, the courts, the press, the Constitution itself – and his people cheered. Nothing excited them like owning the libs. Nothing convinced them like Trump’s 30,000 lies.

More than anything, Trump was a demagogue – a thoroughly American type, familiar to us from novels like All the King’s Men and movies like Citizen Kane. “Trump is a creature native to our own style of government and therefore much more difficult to protect ourselves against,” the Yale political theorist Bryan Garsten wrote. “He is a demagogue, a popular leader who feeds on the hatred of elites that grows naturally in democratic soil.”

A demagogue can become a tyrant, but the people put him there – people who want to be fed fantasies and lies, the people who set themselves apart from and above their compatriots. So, the question isn’t who Trump was, but who we are.