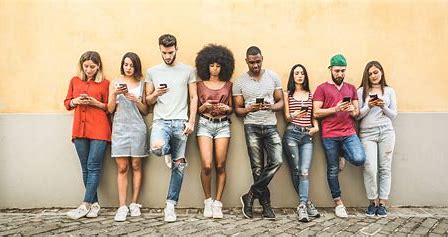 In 2014, American character changed. A large and influential generation came of age in the shadow of accumulating failures by the ruling class – especially by business and foreign-policy elites.

This new generation had little faith in ideas that previous ones were raised on: All men are created equal. Work hard and you can be anything. Knowledge is power. Democracy and capitalism are the best systems – the only systems. America is a nation of immigrants. America is the leader of the free world.

My generation told our children’s generation a story of slow but steady progress. America had slavery (as well as genocide, internment and other crimes) to answer for, original sin if there ever was such a thing – but it had answered and with the civil-rights movement, the biggest barriers to equality were removed.

If anyone doubted that the country was becoming a more perfect union, the election of a Black president who loved to use that phrase proved it. “Rosa sat so Martin could walk so Barack could run so we could all fly” – that was the story in a sentence, and it was so convincing to a lot of people in my generation, myself included, that we were slow to notice how little it meant to a lot of people under 35. Or we heard but didn’t understand and dismissed them.

We told them they had no idea what the crime rate was like in 1994. Smart Americans pointed to affirmative action and children’s health insurance. Free Americans touted enterprise zones and school vouchers.

Of course, the kids didn’t buy it. In their eyes, “progress” looked like a thin upper layer of Black celebrities and professionals, who carried the weight of society’s expectations along with its prejudices, and below them, lousy schools, overflowing prisons, dying neighbourhoods. The parents didn’t really buy it either, but we had learned to ignore injustice on this scale as adults ignore so much just to get through.

If anyone could smell out the bad faith of parents, it was their children, stressed-out labourers in the multigenerational family business of success, bearing the psychological burdens of the meritocracy. Many of them entered the workforce, loaded with debt, just as the Great Recession closed off opportunities and the reality of planetary destruction bore down on them.

No wonder their digital lives seemed more real to them than the world of their parents. No wonder they had less sex than previous generations. No wonder the bland promises of middle-aged liberals left them furious.

Then came one video after another of police killing or hurting unarmed Black people. Then came the election of an openly racist president. These were conditions for a generational revolt.

Call this narrative “Just America.” It’s another rebellion from below. As Real America breaks down the ossified libertarianism of Free America, Just America assails the complacent meritocracy of Smart America. It does the hard, essential thing that the other three narratives avoid, that white Americans have avoided throughout history.

It forces us to see the straight line that runs from slavery and segregation to the second-class life so many Black Americans live today – the betrayal of equality that has always been the country’s great moral shame, the heart of its social problems.

But Just America has a dissonant sound, for in its narrative, justice and America never rhyme. A more accurate name would be Unjust America, in a spirit of attack rather than aspiration. For Just Americans, the country is less a project of self-government to be improved than a site of continuous wrong to be battled. In some versions of the narrative, the country has no positive value at all – it can never be made better.

In the same way that libertarian ideas had been lying around for Americans to pick up in the stagflated 1970s, young people coming of age in the disillusioned 2000s were handed powerful ideas about social justice to explain their world. The ideas came from different intellectual traditions: the Frankfurt School in 1920s Germany, French postmodernist thinkers of the 1960s and ’70s, radical feminism, Black studies. They converged and recombined in American university classrooms, where two generations of students were taught to think as critical theorists.

Critical theory upends the universal values of the Enlightenment: objectivity, rationality, science, equality, freedom of the individual. These liberal values are an ideology by which one dominant group subjugates another. All relations are power relations, everything is political and claims of reason and truth are social constructs that maintain those in power.

Unlike orthodox Marxism, critical theory is concerned with language and identity more than with material conditions. In place of objective reality, critical theorists place subjectivity at the centre of analysis to show how supposedly universal terms exclude oppressed groups and help the powerful rule over them.

Critical theorists argue that the Enlightenment, including the American founding, carried the seeds of modern racism and imperialism.

Making of Trump: He’d reptilian genius for intuiting the emotions of Real America