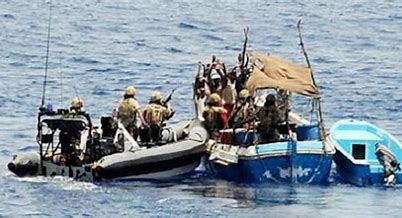 “Vigorous action” by authorities is cited as one reason for last year seeing the lowest recorded level of piracy and armed robbery at sea in 18 years.

IMB director Michael Howlett welcomed the reduction in globally reported incident while urging coastal states to acknowledge the risk inherent from piracy and armed robbery and “robustly” address this crime in their exclusive economic zones.

An increased presence of international naval vessels and co-operation with regional authorities had a positive impact. This included the commended, robust actions of the Royal Danish Navy in neutralising a suspected pirate action group in late November.

The IMB Piracy Reporting Centre warns the threat to seafarers persists and continues to urge crews and vessels plying these waters to be cautious. This is because perpetrators are violent and the risk to crews remains high. Evidence of this was the kidnapping of six crew members from a container vessel in mid-December.

The IMB commended “robust actions” of international navies and regional authorities in the Gulf of Guinea which appear to positively contribute to the drop in reported incidents and ensured continued safety to crews and trade.

“While the IMB applauds these actions it further calls on coastal states of the Gulf of Guinea to increase collaboration and physical presence in their waters.