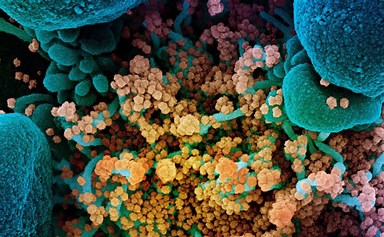 A leaked scientific report jointly prepared by Israel’s health ministry and Pfizer claims that the company’s covid-19 vaccine is stopping nine out of 10 infections and the country could approach herd immunity by next month.

The study, based on the health records of hundreds of thousands of Israelis, finds that the vaccine may sharply curtail transmission of the coronavirus. “High vaccine uptake can meaningfully stem the pandemic and offers hope for eventual control of the pandemic as vaccination programs ramp up across the rest of the world,” according to the authors.

The nationwide study was published by the Israeli news website Ynet on Thursday, and a copy was obtained by MIT Technology Review.

The findings are important because Israel is leading the world in vaccinating its population, turning the country into real-life laboratory to understand if vaccines can end the pandemic.

So far Israel has fully vaccinated 32 per cent of its population, all with the Pfizer vaccine, and now has the world’s highest per capita rate of vaccination against covid-19.

The draft report confirms that the vaccine is able to cut covid-19 illness and deaths by more than 93 per cent and also provides the first large-scale evidence that the vaccine may prevent most infections, including those that don’t cause symptoms.

That could allow Israel to become the first country to achieve so-called herd immunity, or levels of population resistance high enough to check the virus’s spread without lockdowns.

So long as the country continues to vaccinate people quickly and no variant emerges for which the vaccine has lower efficacy, “Israel may approach the SARS-CoV-2d herd immunity threshold by March,” the study claims.

Israel began its a campaign to immunise all 6.4 million citizens over the age of 16 in December and Prime Minister Benjamin Netanyahu has promised that if enough Israelis receive the shots, the country will be able to return to normal.

“It’ll not only be the last lockdown, but we’ll be done with covid,’’ he said in a television news interview on February 15. “We’ll be the first to emerge from the coronavirus.”

The unpublished, 22-page report was first obtained by Nadav Eyal, a prominent Israeli journalist, who described the findings on Thursday and published screenshots of the text on Twitter.

New messenger RNA vaccines to fight the coronavirus are based on a technology that could transform medicine. Next up: sickle cell and HIV.

Pfizer did not confirm the authenticity of the study document. Its lead authors are Sharon Alroy-Preis, head of public health for Israel’s health ministry and Eric Haas, a ministry researcher.

In addition, the study was carried out by a team of eight Pfizer researchers, including epidemiologists Farid Khan and John McLaughlin and the company’s global medical lead for covid vaccines, David Swerdlow, an infectious disease expert previously with the US Centers for Disease Control and Prevention.

The research represents the first joint report by the health ministry and Pfizer since they reached an agreement earlier this year for Israel to share vaccination data in return for a steady supply of doses.

The cooperation is part of a wider effort by Pfizer to track how its vaccine, named Comirnaty, works in large populations. The company told MIT Technology Review earlier this week that it is studying “the vaccine’s real-world effectiveness at several locations worldwide, including Israel,” and “particularly looking at real-world data from Israel to understand any potential impact of the vaccine to protect against covid-19 arising from emerging variants.”

Pfizer’s vaccine, like one from Moderna, another mRNA vaccine authorised for use in the US and Europe, uses two injections of messenger RNA carrying information about the virus to train people’s immune system to recognise and combat the infection.

The new findings are broadly consistent with separate announcements in recent days from two of Israel’s large health organisations, Maccabi Healthcare Services and Clalit Health Services, which together care for 80 per cent of Israelis.

On February 14, Ran Balicer, chief of innovation and research at Clalit, the largest Israeli HMO, said that evidence collected on 1.2 million members “shows unequivocally that Pfizer’s coronavirus vaccine is extremely effective in the real world a week after the second dose.”

Other analyses suggest that serious infections and deaths have fallen among older Israelis, who got the vaccine first, but not among those younger than 44 who have not been vaccinated.

The Israeli report describes observations made during three weeks in January and February when researchers were able to compare health records of unvaccinated people and people who had gotten their second shot more than a week before. They then compared the groups for five covid-19 outcomes: infection, symptoms, hospitalizations, critical hospitalization, and death.