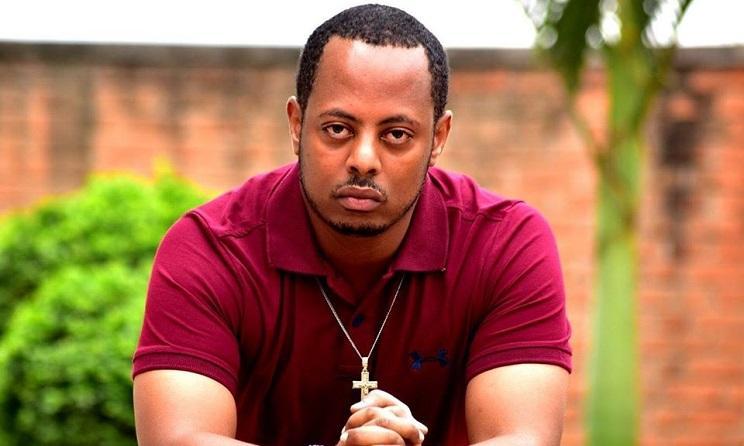 Often cited as a paragon for countries emerging from bloody past of human rights violations, the killing of gospel singer and human rights activist Kizito Mihigo has restored the searchlight on President Paul Kagame government’s willingness and ability to break with the era of repression.

Against this backdrop, HRW now wants the Kagame government to come clean on the death of the musician and activist it accuses of undermining the government and obstruction of the law despite Kigali committing to international obligations for freedoms of expression and association.

In its February report on right illations in Rwanda released this week, Human Rights Watch, strongly objects to Kagame administration’s version on how Mihigo’s death, who it says committed suicide while in custody.

The activist had been sentenced to 10 years in jail for allegedly being found guilty of charges of a seditious nature.

In HRW’s account, “Rwandan authorities reported that they found Mihigo dead in his cell on February 17, 2020 at Remera Police Station, claiming that he had ‘strangled himself’ to death. Days before his arrest, though, Mihigo had told Human Rights Watch that he was being threatened and asked to provide false testimony against political opponents and that he wanted to flee the country because he feared for his safety.

Mihigo was a government critic who was previously prosecuted and imprisoned for four years after he expressed concerns that he was being targeted for assassination by state agents. The human rights body now wants Rwanda to come clean on suspicions that it assassinated Mihogo.

“The burden of proof is on the Rwandan government to demonstrate that Kizito Mihigo was not unlawfully killed in their custody. But six months later, the government has manifestly failed to do that. Instead of shedding light on the circumstances surrounding Mihigo’s death and prosecuting those responsible, the authorities have promoted a narrative about him being depressed and suicidal,” Central Africa director at Human Rights Watch Lewis Mudge says.

The organisation has challenged the government to allow an independent, preferably external organisation to investigate and make public the circumstances under which the musician and human rights activist died.

The demand is informed by what it refers to as suspect “abusive politically motivated actions by the authorities against him in 2014 and 2015 and the authorities’ investigation into his death and their actions in its aftermath.”

Mihigo was detained in Nyaruguru, the report says, near the border with Burundi on February 13, 2020 with two other people.

“The Rwanda Investigation Bureau announced late in the afternoon of February 14 that Mihigo was in its custody and said he was charged with attempting to illegally cross the border, joining ‘terrorist groups’ and corruption. The circumstances around his arrest and subsequent detention remain unclear.

HRW says Rwanda National Police reported that Mihigo died on February 17, allegedly by suicide, just “hours after they claim to have found his body in his cell at Remera Police Station. The same day, the Rwanda Investigation Bureau spokesperson, Marie-Michelle Umuhoza, told local media that Mihigo had ‘strangled himself’ with his bedsheets and had displayed ‘unusual behaviour’ while in custody.”

Mihigo was held incommunicado in an unknown location for nine days in April 2014, where he said he was beaten, threatened and forced to confess to crimes with which he was later charged.

In February 2015, the High Court in Kigali sentenced him to 10 years in prison for alleged offence of forming a criminal gang, conspiracy to murder and conspiracy against the established government or the president. He was released in September 2018 after a presidential pardon.

Mihigo made a recording on October 6, 2016, while serving his sentence at Nyarugenge Prison in Kigali, that he shared with Human Rights Watch at the time. In it, HRW reports, he said his prosecution was politically motivated and an effort to suppress a song he had released weeks before his arrest.

“In the song released on March 5, 2014, Mihigo – a genocide survivor – expressed compassion for victims of the genocide and of other crimes committed in its aftermath,” according to HRW.

It adds, “In the recording, Mihigo said he was forced to attend meetings with several high-level government officials, including President Paul Kagame’s cabinet director, Ines Mpambara, and the then-vice president of the Senate, Bernard Makuza, who he said told him that the president did not like his song and that he should ‘ask for forgiveness’ or risk death.”

Mihigo said in the recording that during his incommunicado detention from April 6-15, 2014, he was beaten and interrogated in front of Dan Munyuza, the then-deputy police inspector general, who told him to plead guilty and “ask for forgiveness.”

The alternative was a life sentence and death in prison. Munyuza is now the police inspector general.

In reference to UN protocols on political detentions, HRW observes, “As set out in the Revised United Nations Manual on the Effective Prevention and Investigation of Extra-legal, Arbitrary and Summary Executions (the Minnesota Protocol), the state’s obligations to respect and protect the right to life mean that it is responsible for a death in custody, unless proven otherwise, particularly in cases ‘where the deceased was, prior to his or her death, a political opponent of the government or a human rights defender; was known to be suffering from mental health issues; or committed suicide in unexplained circumstances.’”

On February 26, 2020, Rwanda’s National Public Prosecution Authority concluded that Mihigo’s death “resulted from suicide by hanging” and said it would not pursue criminal charges.

The prosecution authority said that police officers on duty “did not hear any disturbance” and that the autopsy report determined that he had died by “asphyxia/hypoxia, with hanging as the most probable cause.”