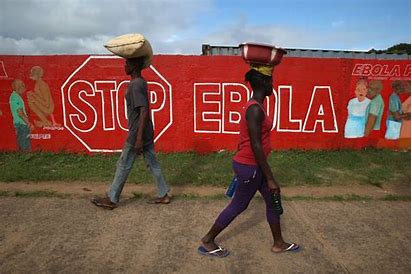 The New Humanitarian and the Thomson Reuters Foundation spoke to 22 women in Butembo who said male aid workers responding to an Ebola crisis in the eastern Democratic Republic of Congo offered them jobs in exchange for sex.

The claims come as donors pressure aid groups to do more to prevent sexual exploitation and abuse while giving assistance to the world’s most vulnerable, and follow a joint investigation by reporters last year during which 51 women in the nearby eastern city of Beni made similar allegations.

Several workers have already been dismissed in the wake of the initial investigation by The New Humanitarian and Thomson Reuters Foundation. Aid organisations said several other investigations were underway.

Fourteen of the 22 women in Butembo – an aid hub during the Ebola outbreak – said the men identified themselves as workers with the World Health Organization, one of the lead agencies in the crisis, which killed 2,200 people between 2018 and 2020.

“WHO is committed to taking prompt and robust action, including collaborating with relevant national authorities on criminal proceedings, in all cases where WHO staff may be found guilty of perpetrating [sexual exploitation and abuse],” said WHO spokeswoman Marcia Poole.

A total of seven organisations were named, including two other UN agencies. One woman said she was raped by a man who said he was with the WHO, and reporters learned of three others who said they had become pregnant.

After revealing multiple cases of abuse last year, our ongoing reporting has uncovered an even more widespread system of exploitation. …

One of those women died after a botched abortion attempt as she tried to conceal the pregnancy from her husband and children, her sister said.

Another woman said she drank a poisonous concoction to terminate her pregnancy – common in Congo, where abortion is illegal.

“If I give you work, what will you give me in return?” read a WhatsApp message shared with reporters by the woman. She said the message was from a Congolese man she met in a bar in 2019, who had arrived in a vehicle with the WHO logo. The message continued: “You are a woman. I think you know what you can give me.”

The woman said she had sex with the man and was then employed by the WHO as a cleaner. She said after she was given work, she was expected to sleep with him regularly.

When she became pregnant, the man blocked her on WhatsApp and she ended up having an abortion, she said.

The WHO said the UN’s investigative Office of Internal Oversight Services (OIOS) had identified two women in Butembo as “potentially having had sexually exploitative relationships with individuals connected to WHO”.

It said the information would be shared with an independent commission set up in October to investigate claims of sexual exploitation and abuse during Congo’s Ebola outbreak.

In response to the allegations of rape, pregnancy, and the woman’s death from abortion-related complications, the WHO said it had been instructed to refer all allegations relating to the response during that time period to the commission.

“The commission will take the lead in investigating these allegations and will issue recommendations to the Director-General,” Poole said in an email.

“Clearly, there is a gap in the number of allegations [reporters] received and those reported. There may be a number of reasons for this – from reporting mechanisms that needed improving, to victims’ reluctance to speak up.”

A spokeswoman for the independent commission, Kadidia Coulibaly, said its team began investigating on the ground in early May, and the commission aimed to publish its report at the end of August.

Coulibaly said the commission “will spare no efforts” in reaching out to all victims and gathering their details and testimonies “with the utmost security, comfort and discretion.”

“The presumed culprits, once identified, will also be heard by the investigating commission according to international standards,” she said in emailed comments.

Reporters in Butembo conducted more than 40 interviews with the 22 women, aid workers, hotel staff, and others who worked in the Ebola response over a five-month period. A total of 23 women were involved, including the mother who died from an abortion.

Most women were hired as cleaners in Ebola treatment centres, where they would disinfect clothing and bedding for the sick and for responders. Others went to villages where they burned the belongings of Ebola victims or worked in awareness campaigns.

Medical records and phone messages were also reviewed by reporters to cross-check information and rule out copy-cat testimonies.

Full names were given for nine men and partial names for seven. Four of the men were thought to be foreign aid workers and 18 were Congolese, most from the capital, Kinshasa.