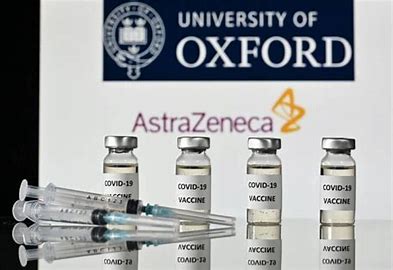 Vaccinating people with both the Oxford-AstraZeneca and Pfizer-BioNTech Covid-19 vaccines produces a potent immune response against the virus SARS-CoV-2, researchers conducting a study in Spain have found.

Preliminary results from the trial of more than 600 people – announced in an online presentation on May 16 – are the first to show the benefits of combining different coronavirus vaccines. A UK trial of a similar strategy reported safety data last week and is expected to deliver further findings on immune responses soon.

Because of safety concerns, several European countries are already recommending that some or all people who were given a first dose of the vaccine developed by the University of Oxford, UK, and AstraZeneca in Cambridge, UK, get another vaccine for their second dose.

Researchers hope that such mix-and-match COVID-19 vaccination regimens will trigger stronger, more robust immune responses than will two doses of a single vaccine, while simplifying immunisation efforts for countries facing fluctuating supplies of the various vaccines.

“It appears that the Pfizer vaccine boosted antibody responses remarkably in one-dose AstraZeneca vaccinees. This is all around wonderful news,” says Zhou Xing, an immunologist at McMaster University in Hamilton, Canada.

Starting in April, the Spanish CombivacS trial enrolled 663 people who had already received a first dose of the Oxford-AstraZeneca vaccine, which uses a harmless chimpanzee ‘adenovirus’ to deliver instructions for cells to make a SARS-CoV-2 protein.

Two-thirds of participants were randomly picked to receive the mRNA-based vaccine made by Pfizer, based in New York City, and BioNTech in Mainz, Germany, at least eight weeks after their first dose. A control group of 232 people has not yet received a booster. The study was led by the Carlos III Health Institute in Madrid.

The Pfizer-BioNTech booster seemed to jolt the immune systems of the Oxford–AstraZeneca-dosed participants, reported Magdalena Campins, an investigator on the CombivacS study at the Vall d’Hebron University Hospital in Barcelona, Spain.

After this second dose, participants began to produce much higher levels of antibodies than they did before, and these antibodies were able to recognise and inactivate SARS-CoV-2 in laboratory tests. Control participants who did not receive a booster vaccination experienced no change in antibody levels.

That is what researchers hoped for and expected from mixing different vaccines, a strategy known as a heterologous prime and boost, which has been deployed for vaccines against other diseases, such as Ebola. “These responses look promising and show the potential of heterologous prime-boost regimens,” says Dan Barouch, director of the Center for Virology and Vaccine Research at Beth Israel Deaconess Medical Center in Boston, Massachusetts.

Xing says the antibody response to the Pfizer boost seems to be even stronger than the one most people generate after receiving two doses of the Oxford-AstraZeneca vaccine, according to earlier trial data. But it is not clear how those responses compare with those seen in people who receive two doses of mRNA vaccines such as Pfizer-BioNTech’s, which tend to trigger an especially potent antibody response after a second dose.

Making such comparisons is “apples and oranges”, says Daniel Altmann, an immunologist at Imperial College London. A strong immune response to the mix-and-match strategy is “entirely predictable from the basic immunology,” he adds.

Giving people first and second doses of different vaccines probably makes sense, says Altmann. But he wonders what will happen if people need a third dose to prolong immunity or protect against emerging coronavirus variants.

Repeated doses of virus-based vaccines such as the Oxford-AstraZeneca one tend to be increasingly less effective, because the immune system mounts a response against the adenovirus. RNA vaccines, by contrast, tend to trigger stronger side effects with added doses. “I do think there’s a brave new world of vaccinology to be scoped in all of this,” Altmann says.

Last week, a UK study called Com-COV, which analysed combinations of the same two vaccines, found that people in the mix-and-match groups experienced higher rates of common vaccine-related side effects, such as fever, than did people who received two doses of the same vaccine1. In the Spanish CombivacS trial, mild side effects were common, and similar to those seen in standard COVID-19 vaccine regimens. None was deemed severe.