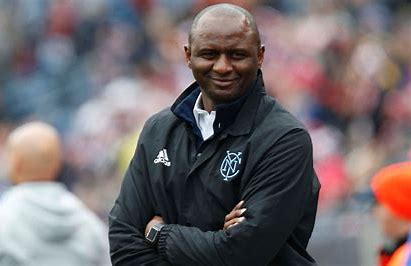 Klopp and Guardiola may be two of world’s best managers but new talents are rising, challenging them

There is an unrivalled amount of coaching talent in the Premier League right now, which has only been boosted by Antonio Conte’s return.

There is Pep Guardiola and Jurgen Klopp forging one of the league’s best modern rivalries, and things have only gone up a level with Thomas Tuchel joining the party.

But not every team can sign one of the best, with the world’s biggest sides often turning to former players to fill the void. The likes of Andrea Pirlo at Juventus, Ole Gunnar Solskjaer at Manchester United and Frank Lampard at Chelsea have come away virtually trophyless, with a list of new faces left waiting for their chance.

And there are plenty of young names snapping at the heels of the world’s best coaches. But will your club appoint one of them before it’s too late? Klopp and Guardiola are two of the world’s best, but they won’t be at the top forever?

Many had marked Crystal Palace as relegation favourites following the appointment of Patrick Vieira along but so far, the Arsenal legend is proving everyone wrong. After average spells at New York City FC and Nice, his start at Palace has been anything but mediocre, racking up wins against Manchester City and Tottenham whilst dominating Arsenal and grabbing a draw.

He’s done so in almost unprecedented fashion with an almost brand new squad, quickly integrating the likes of Conor Gallagher, Marc Guehi and Odsonne Edouard and will be raising eyebrows among many big club’s executives.

“I always saw him as a manager,” his Arsenal teammate Gilberto Silva told The Boot Room on talkSPORT. “He’s a natural leader and had a great presence in the dressing room and I see Patrick in a few years’ time as one of the world’s best managers.”

Vieira’s Palace are being rewarded with big points to match their excellent performances.

Rangers took a risk hiring Steve Gerard after limited experience with Liverpool’s reserves, but Gerrard took a similar risk accepting a job with the struggling Scottish giants. The 41-year-old Premier League legend has steadily rebuilt the side taking them to a glorious title last season, which was their first in 10 years.

Gerrard’s stock has risen considerably following performances both domestically and in Europe earning him links to vacancy at Aston Villa, where he could prove he’s good enough for an eventual return to Anfield.

There hasn’t been an English manager to win the top flight since 1992 but, as the weeks go by, more and more are convinced Graham Potter might be on his way breaking that spell.

Making your name with fourth tier side Ostersund in Sweden can’t be easy, but Potter did a hell of a job in guiding the club up to the top flight and into the Europa League. Swansea took the plunge on the relatively unknown manager in 2018 before Brighton snapped him up the following year.

Debate raged last season over expected goals and if Potter’s side were unlucky or just not good enough, but this season the 46-year-old is proving the doubters wrong with top half form and competitive performances in every game.

Potter is beginning to look like the real deal, earning the highest of praise from Jurgen Klopp.

There’s been numerous managers compared to Guardiola but, in Erik ten Hag, Ajax look to have found someone who fits the bill. It’s no surprise considering the 51-year-old Dutchman worked alongside the Man City boss with Bayern Munich’s reserves.

Ten Hag was the architect of Ajax’s astonishing run to the Champions League semi-finals in 2019, but looked set to depart after losing a flood of key players such as Matthijs de Ligt and Frenkie de Jong.

However, ten Hag has shown just how talented he is at squad building, with his 2021/22 vintage looking every bit as good as the semi-finalists, smashing up this year’s group with four wins out of four to secure a quick passage to the knockout rounds.

The only downside for a Premier League side eyeing the next Guardiola is his poor grasp of English, which comes as a big surprise considering an estimated 90 per cent of Dutch people speak the language. After crafting an incredible underdog team in 2019, Erik ten Hag is right back at it

Despite earning everyone’s admiration in Germany, Julian Nagelsmann is far from a popular figure having managed three of the Bundesliga’s most hated clubs. Named as head coach of bankrolled village team Hoffenheim in 2016 at the age of just 28, what looked like a possible publicity stunt was quickly proved genius as Nagelsmann took the side from relegation battlers to a first ever Champions League qualification in under two seasons.

Famed for his obsessive tactical analysis, which includes a birds-eye box with a big screen at training, as well as studying race horses to learn body language, Nagelsmann continued breaking records at RB Leipzig before being snapped up by Bayern Munich.

An endless line of young players has credited Nagelsmann with turning them from potential into serious talent, and if he can do the same with the faltering Serge Gnabry and Leroy Sane in Munich, Bayern could be unstoppable.

Ruben Amorim’s rise has been ludicrously sharp, and it doesn’t look like stopping anytime soon. The former Portuguese international accepted a job with Braga’s reserves in September 2019, and it only took four months for him to be promoted to the first team, where he began with a 7-1 destruction of Belenenses.

What followed was 10 wins and a draw in all domestic competitions, beating Porto twice, with one win coming in the League Cup final, as well as a pair of wins against Sporting CP and victory over Benfica.

Faltering Sporting had seen enough and took Amorim from Braga two months into his professional career, handing him a contract with a €20 million ($3 million)release clause, by far the biggest in the history of Portuguese football.

The following season, 36-year-old Amorim managed to lead Sporting to a first league title in 19 years, cementing legendary status in his first full season of management.

The fashion in which Amorim took the championship by storm was just as surprising as the win itself, with shirt numbers in the 60s, 70s and 80s dotted all over the pitch as he turned teenagers into stars in record time.