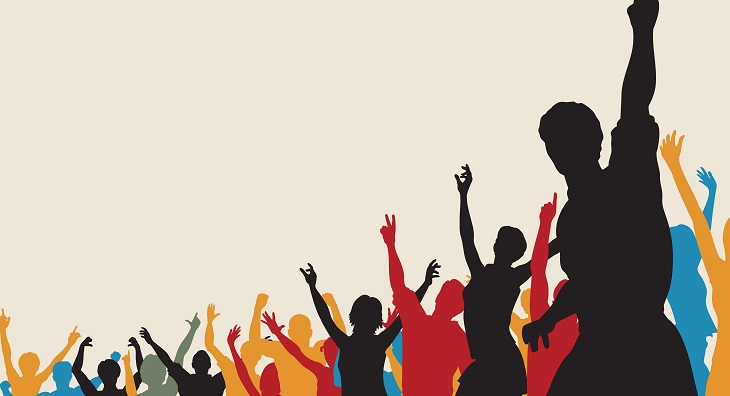 The demographics covered by the scheme include orphans, persons with a disability, youth displaced by conflict, youth from poor and economically marginalised communities, street families, widows and young single mothers.

Future Bora is driven by the government under the five-year Kenya Youth Employment and Opportunities Project (KYEOP) that has been capitalised with Ksh15 billion ($141.7 million) from the World Bank.

The initiative will cover more than 280,000 youth between the ages of 18 to 29 years with some components extending the age up to 35 years.

Speaking during the launch, Ms Nadia explained that youth unemployment in Kenya doubled this year to 10.4 per cent as companies shut operations due to the coronavirus pandemic. Over 60 per cent of people with disabilities and vulnerable youth being unemployed compared to their able-bodies but socio-economically vulnerable peers.

“Unemployment adversely affects the vulnerable and under-served youth as they are excluded from participating and benefiting from formal employment interventions,” said Ms Nadia.

She further noted that the youth also face obstacles that are unique to their environments such as stigmatisation and misconceptions, sole childcare responsibilities, lack of mentorship, and limited access to adaptive learning.

“Our goal is to empower them through developing favourable policies, job creation, and increasing expenditure in development projects,’’ she said.

The CAS added: “Through such initiatives and by supporting interventions that uplift the wellbeing of the most vulnerable and underserved youth, the Future Bora initiative is going to provide the much-needed backing to organisations that offer opportunities to susceptible youth in Kenya.’’

Principal Secretary, State Department of Youth at Ministry of ICT, Innovation and Youth Julius Korir observed, “Ultimate beneficiaries of Future Bora will be vulnerable the youth, who are jobless and have experienced extended spells of unemployment.

Mr Korir said organisations that will participate in the initiative will be selected from various counties in the urban and rural areas.

The PS noted that establishments with high potential interventions tailored to the specific needs of the most vulnerable youth and creating income generation opportunities will receive grant funding of up to Ksh40 million ($380,000) each, disbursed in tranches based on goals achieved.

To ensure transparency, an independent managing firm Intellecap Advisory Services, and an independent adjudication panel will manage the selection process.

Call for applications opened on Mashujaa Day and will close on December 15, 2020. Shortlisted organisations will later get invited to present and pitch their proposed interventions to the jury panel.

Speaking during the launch, Abla Safir, Senior Economist, World Bank Group noted that youth are the backbone of the Kenyan economy yet they have been outpaced by the country’s capacity to absorb them into the job market.

“It is for this reason that the Kenya government, development partners, private sector, and non-governmental organisations have pooled their resources to initiate programs that create sufficient jobs,” said Abla.

KYEOP national project co-ordinator Olivia Ouko who also spoke during the launch said her organisation has different products for the youth.

“KYEOP is a social protection project that targets the vulnerable youth. It is a one-stop-shop model that has different products under the same roof with each product targeting a specific segment of the youth population. Future Bora is one of the five products and targets the “hard to serve youth”, she said.

“The project envisages a situation where apart from creating jobs for themselves, the youth are also empowered to employ their fellow youth” she added.