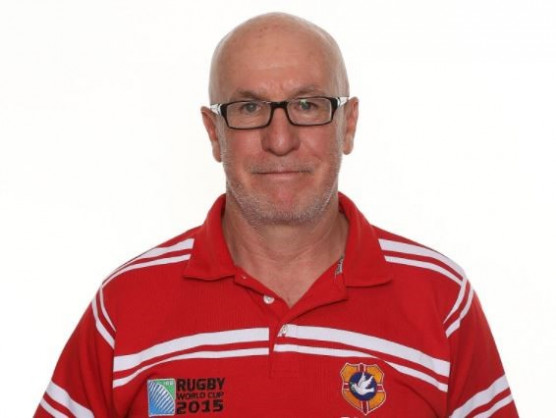 High performance consultant Peter Harding has been seconded to the Kenya Rugby Union on a three-month renewable contract by World Rugby.

iIn a statement, KRU said Harding “will also assist the KRU women’s 15s team in their return to training and eventual preparation for the 2021 Rugby World Cup repechage qualifier against Colombia.”

Sports activities in Kenya were until about a month ago suspended as the country, like the rest of the world, grappled with the coronavirus outbreak.

His other task will involve production and oversight of campaign plans as well as provision of assistance in drafting the performance case for the KRU going forward. In October, the government caved in to pressure and gave the nod to low contact sports to resume, but without fans in stadiums.

KRU profiles Harding as a sports high-performance expert who has worked with many teams around the world and individual athletes over the past 25 years.

“For the past 12 years, he has worked exclusively with rugby, playing important roles with England Rugby as well as a full Rugby World Cup cycle with Australia’s Wallabies as head of strengthening and conditioning,” the statement reads.

KRU says Harding was most recently been involved in Rugby World Cup cycles with Tonga Rugby and Namibia Rugby, both as general manager in charge of high-performance and has also consulted for World Rugby on various projects including, working with his favourite team, the Lionesses – Kenya national women’s rugby team.

Harding says of his role, “I’m excited to provide whatever assistance I can. Kenya has two world class 7s teams going to the Olympics next year. The women’s 15s have an opportunity to qualify for the RWC and then the year after a chance for the men’s 15s to qualify for the RWC. It is a time to get excited as there is a genuine opportunity to put the union on the world rugby map, not only in the 7s but in the 15s as well.”

KRU chairman Oduor Gangla expressed gratitude in having Harding in the country.

Gangla said, “The KRU Board is pleased to welcome Peter Harding to his new role as High Performance Consultant.

The KRU boss says Harding is not a stranger to Kenyan Rugby “having worked very well with the Kenya Lionesses in the build up to the 2016 Olympic Games where the team delivered notable performances. His unparalleled experience with emerging rugby nations who have played at the highest levels will assist Kenyan Rugby scale new heights by reinforcing capacity building initiatives for our elite coaches.”

“KRU also wishes to appreciate the continuing support we receive from World Rugby and Rugby Africa who have made available a resource of Harding’s calibre and experience to assist the KRU,” Gangla explained.